The hotel made the announcement on Twitter on Saturday, saying the actions of the employees "were inconsistent with our standards and values." 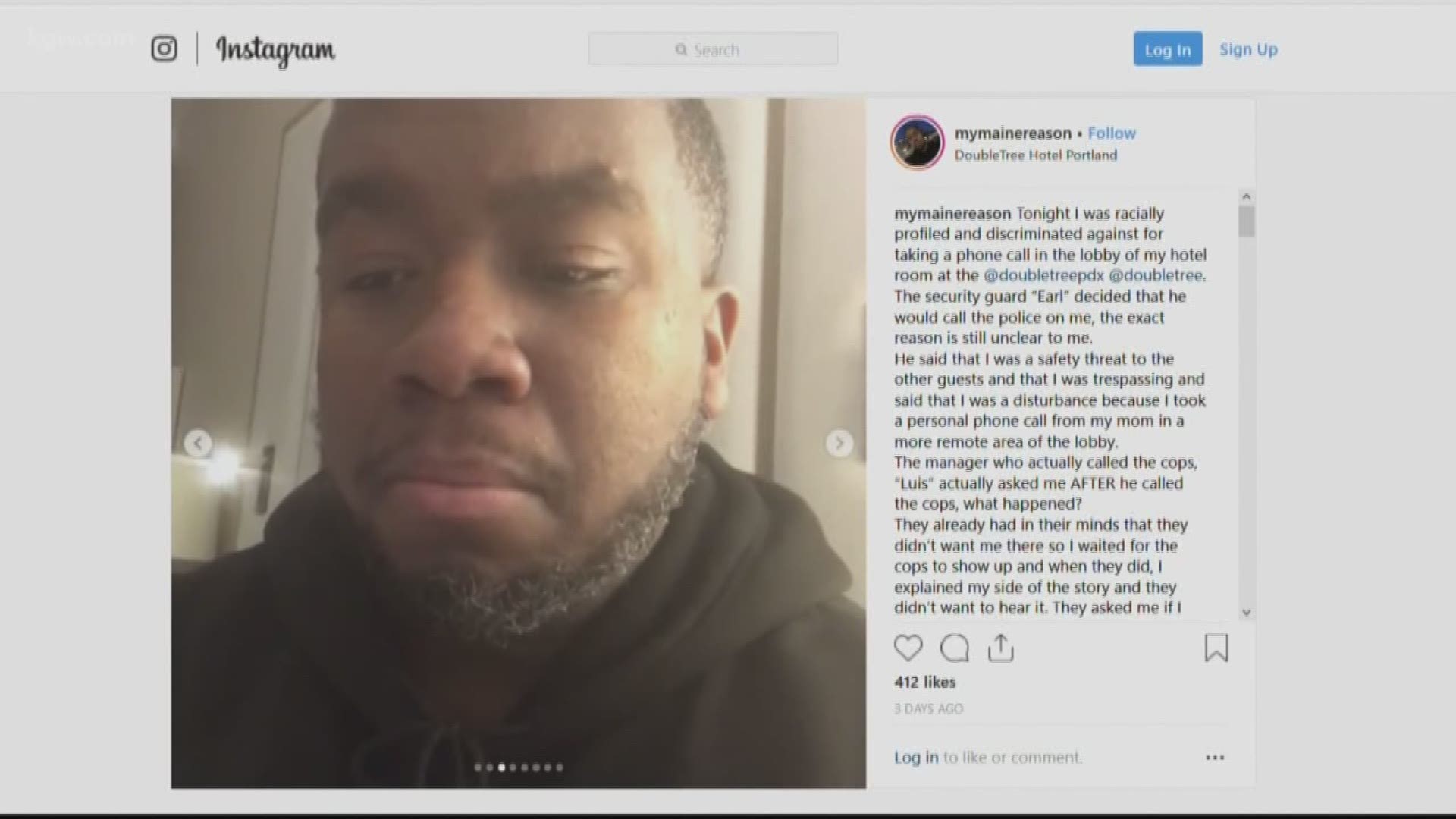 Two employees at a Portland DoubleTree hotel who kicked out a black guest have been fired.

The hotel made the announcement on Twitter on Saturday, saying the actions of the employees "were inconsistent with our standards and values." The employees were previously placed on leave.

RELATED: Portland DoubleTree apologizes on Twitter to man who was 'calling his mother while black', says employees on leave

Jermaine Massey, who was a guest at the hotel in the Lloyd District, was speaking to his mother on the phone in the lobby when a security guard called police on him.

Massey said the employee called him a "safety threat" and accused him of trespassing. A Portland police officer came to the hotel and Massey left.

Massey described the incident on Instagram, where it's been seen widely.

Massey and his legal team have since asked for answers, publicly, as to why he was kicked out.

When the DoubleTree posted a public apology on Twitter, Massey and his legal team released a statement in response, calling the apology a "public relations gesture." They still want answers to the following questions:

1. As the video [a video that was posted on Instagram has since been taken down] shows, the incident took place in a quiet corner of the hotel lobby which was open to the public. At the time, Mr. Massey was returning a personal phone call from his mother who lives on the East Coast. Why was Mr. Massey approached by security?

2. The security guard told Mr. Massey that he was a "threat to security," a statement echoed by the hotel chain's press release which states, "Safety and security of our guests and associates is our top priority." Please explain in detail in what manner Mr. Massey was a threat to safety or security.

“Why did it take the Hilton chain one week to figure out the conduct violated their values? We are investigating similar reports from other Hilton hotels and chains," Kafoury said.

The DoubleTree on Friday said a third-party would conduct an investigation into the incident.