City of Portland to host reopening celebration this weekend

"Welcome Back to the Heart of Portland" will feature free activities, food, art and music. The city is encouraging people to return downtown. 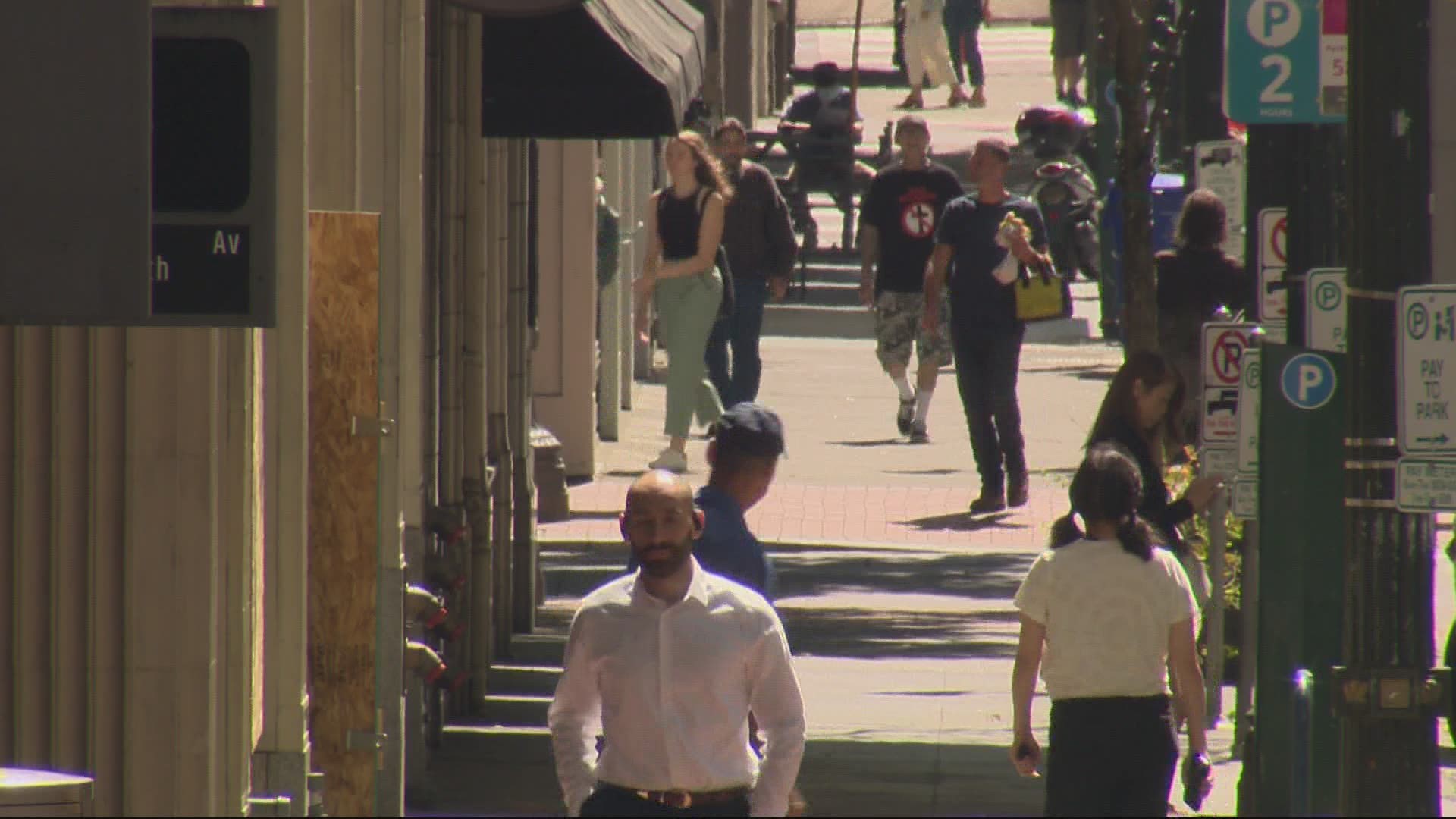 PORTLAND, Oregon — The city of Portland will host a celebration this weekend to encourage people to return downtown as more shops, restaurants and food carts reopen.

Portland Mayor Ted Wheeler and community leaders announced the celebration during a press conference on Thursday. "Welcome Back to the Heart of Portland" will run July 23-25 and will include free activities, local food, art and music.

The celebration follows more than a year of COVID-19 shutdowns, protests over police brutality, homelessness and rising gun violence. Some business that boarded up their windows have taken the plywood down.

One of the events, called "Meeting of the Minds," will gather hip-hop artists in person for the first time since the pandemic. Another event features live gospel music at Pioneer Courthouse Square Saturday afternoon. Longtime Portland band Pink Martini will also lead a singalong.

While the mayor is selling a message that everything is fine, not everyone agrees. One business owner told KGW it's still not safe downtown. Last weekend, a shooting killed an 18-year-old woman and injured at least six more people downtown.

Mayor Wheeler stuck to his message that things are better.

“In encouraging people to come downtown, we’re understanding that there is still work to do, but a lot of work has been done," Wheeler said. "People are safe if they come to downtown Portland."

Businesses will also soon see a boost as workers who were working from home during the pandemic return to downtown offices. City employees will be required to return to the workplace at least part-time in October.

Portland State University, which is located downtown, will bring back as many as 25,000 thousand students and staff in early September, according to President Stephen Percy.

You can find a complete list of events and times for the "Welcome Back" celebration here.