Portland and the entire West Coast has been hot property for years. But the housing market has cooled down 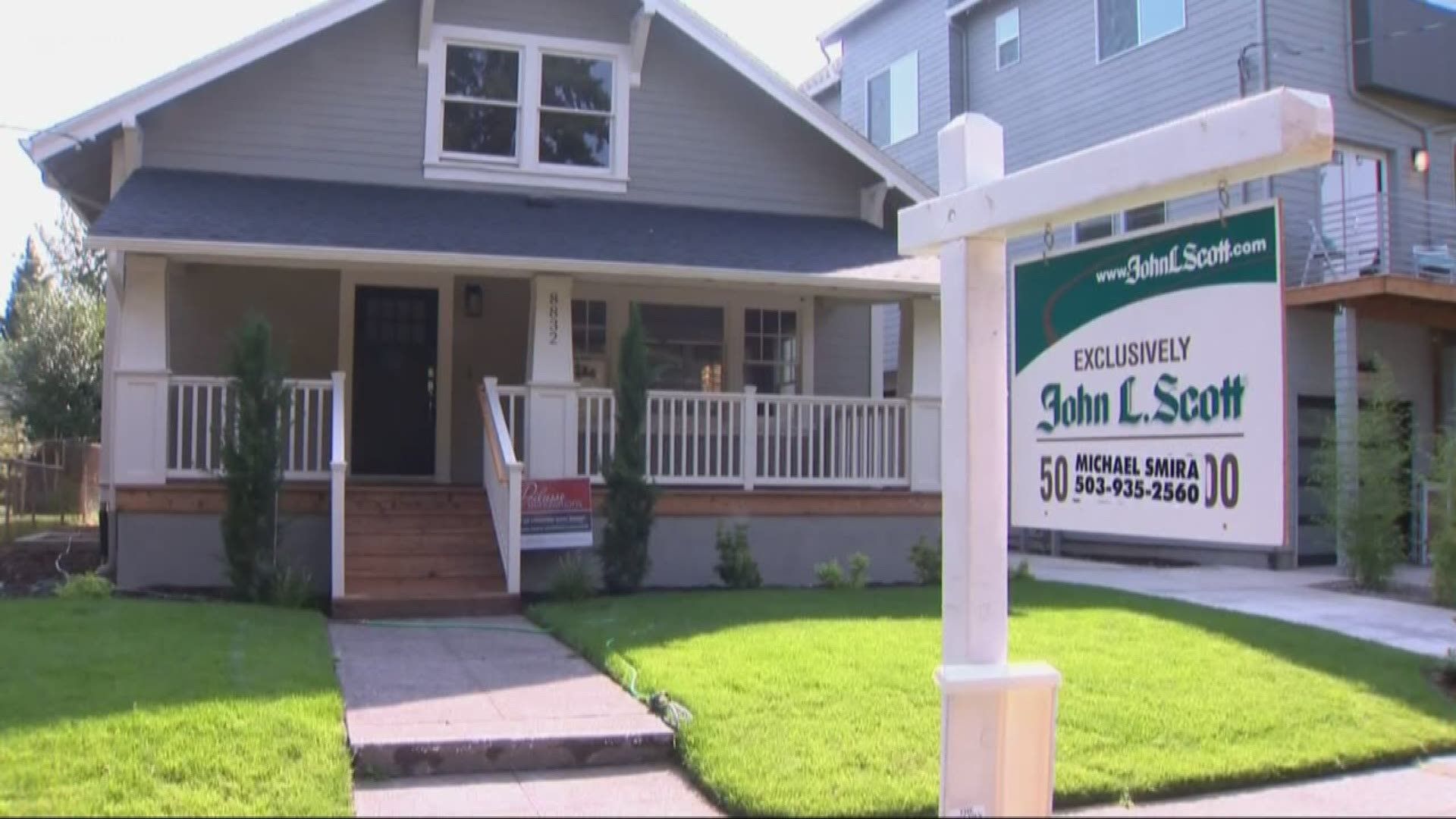 PORTLAND, Ore. — For the first time in seven years Portland home prices have gone down, according to new numbers from Regional Multiple Listing Service. They're barely 1 percent cheaper though, so if you're a buyer, don't get too excited.

Portland and the entire West Coast has been hot property for years. But the housing market has cooled down. The median home price in the metro area is now $384,000. If you thought the crazy buying frenzy around 2015 was expensive, prices are 42 percent higher now.

Salaries in the Portland area are up 22 percent since then.

Henry Cromett manages Gabriel's Bakery in the Lloyd District. He doesn't feel like home ownership is out of reach in the Portland area, it's just not happening anytime soon for him.

"That's the dream, right? But I'm 26 and don't have the money, so it's not in my immediate future," Cromett said.

Out his bakery window, he's been watching a new condo building going up on Northeast Multnomah Street. More than 160 units are for sale, including underground parking for 172 spots opening this summer.

In the case of the TwentyTwenty building, developer Patrick Kessi of PHK Development says the market's cooled so much, he's offering up to a $100,000 price cut to get these sold over the next few weeks.

"So the flash sale is 15-20 percent off, and it's on a select 10 homes. So, the starting price is in the 200-thousands for a one-bedroom urban apartment, which is a great price. And it's discounted into the $500,000 for a two-bedroom, two-bathroom condo," Kessi told KGW.

He says most of his buyers are older folks who want to downsize out of a home, and single professionals who want to be centrally located in the city.

Portland's biggest influx are still Californians. Many tech companies are creating small hubs here, and Portland is a short plane ride away. But many of them are coming up with families and want to buy a house, not an apartment.

Real estate professor Gerard Mildner says we need to expand the urban growth boundary in the suburbs to get enough land for new homes.

"The Californians are coming, the question is do we accommodate them or not? If we don't build the subdivisions they're looking for, then they'll heat up the markets in the inner city like they have been doing for the last 10 years," Mildner said. "Our population has grown by 80 percent since 1980. But our urban growth boundary has only expanded by 10 percent. So we're living in a constrained world and constrained supply. We've got urban reserves, we should bring those out given the housing emergency."

Oregon's rent control bill would prohibit rental increases of more than 10 percent. Mildner says it means we'll see landlords probably jack up rent before it could get passed.

Oregon would become only the fourth state to have rent control laws on the books.

"That leads investors to be more nervous of development proposals that look at rental prices out into the future, so that's going to make some projects that would pencil out, not pencil out," Mildner said.