The budget isn't final, but the firefighters union says critical fire and medical services could be cut. 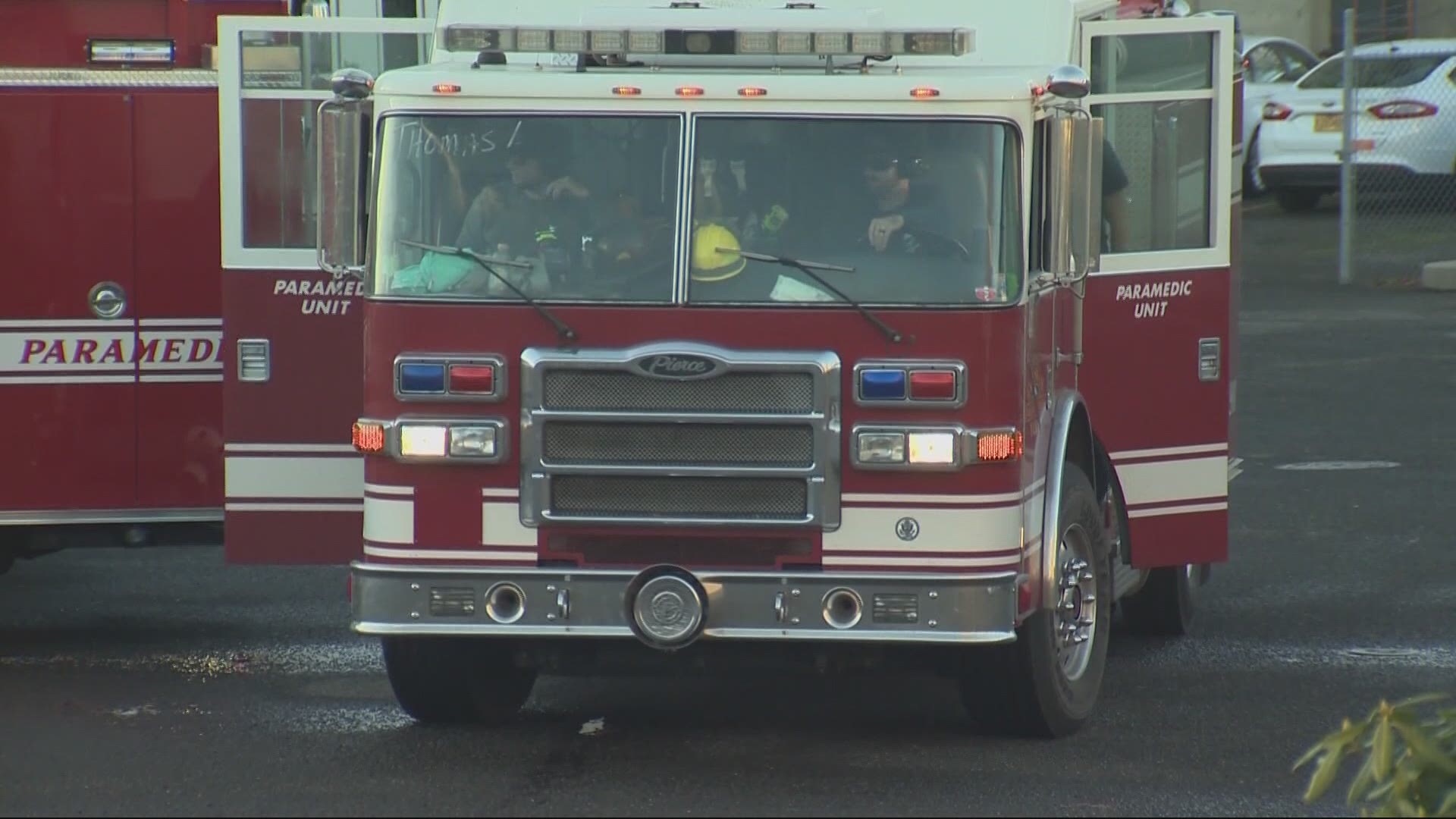 Because of the COVID-19 pandemic's impact on the economy and other factors, Portland Mayor Ted Wheeler directed all general fund bureaus with more than 30 employees to submit a 5% reduction from their current appropriation level (CAL) targets.

"These are difficult decisions city leaders would prefer not to make, but the reality is we must have a balanced budget," commissioner Jo Ann Hardesty said in a statement to KGW.

In Fire Chief Sara Boone's budget reduction proposal submitted to the city, she said 5.75 full-time equivalent (FTE) positions would be eliminated. All but one are currently vacant. The other would be transferred to another department. These cuts would total $760,000.

Another $120,000 would come from decommissioning an old fire boat.

The greatest reductions would come from eliminating four Rapid Response Vehicle (RRV) units, which are small crews that respond to emergencies. That comes out to 23.5 FTE and $2,750,000 in cuts.

"Some of the cuts that were proposed by Portland Fire & Rescue (PF&R) have already received a CBO recommendation to be restored," Hardesty wrote. "We are still early in the budget process and I’ll be listening to all stakeholders throughout the process, including the Portland Firefighters Union."

Alan Ferschweiler has worked for PF&R since 2001 and serves as president of the union, Portland Firefighters Association Local 43. He said if some of these items in the budget are not restored, services and response times for fire and medical emergencies would see the impact.

"If we're not there, if we're not ready to respond, things continue to get worse," Ferschweiler said.

"I've never seen a time in my 20 years where we have shown how important the front-line services are to the city of Portland," Ferschweiler told KGW. "And I just think now is not the time to make cuts."

In Boone's proposal submitted in February, she warned city leaders about the impact cuts would have.

"This will have detrimental effects on fire, rescue, and medical response times and outcomes, negatively impacting other PF&R performance measures like cardiac arrest survivability...and fire spread...The RRVs are concentrated in East Portland and their closure will disproportionately impact BIPOC (Black, Indigenous, people of color) communities, including immigrants and refugees," Boone wrote.

Boone testified Thursday in front of the mayor and other city leaders about the budget and need to maintain baseline services.

"I thought the chief did a compelling job," Portland Emergency Management director Mike Meyers said. "But there are other areas where we can look to changing the service model."

Myers is Portland’s former fire chief. This week, the mayor and several commissioners hired him for a new a role as the city’s community safety transition director. He plans to focus on streamlining and consolidating police, fire and 911 services.

"Not all calls fit into a police response or fire response. There are many calls that can go a different direction," Meyers said.

Commissioner Hardesty was on the panel that hired Meyers.

"This position is a vital piece in rethinking our first response and public safety system," Hardesty said. "[It] will bring long-term cost savings. What I know is that public safety bureaus are so busy reacting to their day-to-day responsibilities that they have very little time for long-term strategic planning."

The union told KGW members are not happy with Meyers' new high-level management position being added while other departments see cuts.

The Oregonian/OregonLive noted Meyers' new salary will be the same as that in his current city role: $197,246.

"We can't understand why we would need more layers of management on top of our fire chief, telling her how to do her job," Ferschweiler said. "We don't need more bureaucratic red tape on top of us while we're talking about having less firefighters."

"I don't see this as an extra bureaucratic layer," Meyers told KGW. "I am not the super chief. The police chief, the fire chief, the emergency manager don't report to me. They still report to their commissioners. My job is really to look at a community safety program across all the spectrums. I do believe there are areas we are duplicating effort, areas where we can reduce cost."

Meyers explained as Portland grows, departments may not always need more resources, but rather different ones. As the former fire chief, he helped advocate for 311, the non-emergency line to free up first responders by diverting some calls to mental health and social services.

However, with some baseline fire services facing cuts this year, the union urged the city to use federal aid to prevent that from happening.

"It's very dangerous for the citizens of Portland," Ferschweiler said.

PF&R said Mayor Wheeler is scheduled to release his proposed budget decisions in late April. In May, city council will have a hearing and take public testimony. Council will formally adopt the city’s budget in early June, to take effect in July.