'We can become targets': Portland city firefighters to get bulletproof vests

In response to years of escalating crime, Portland Fire & Rescue is fitting firefighters for ballistic gear and writing a policy for when crews would wear it. 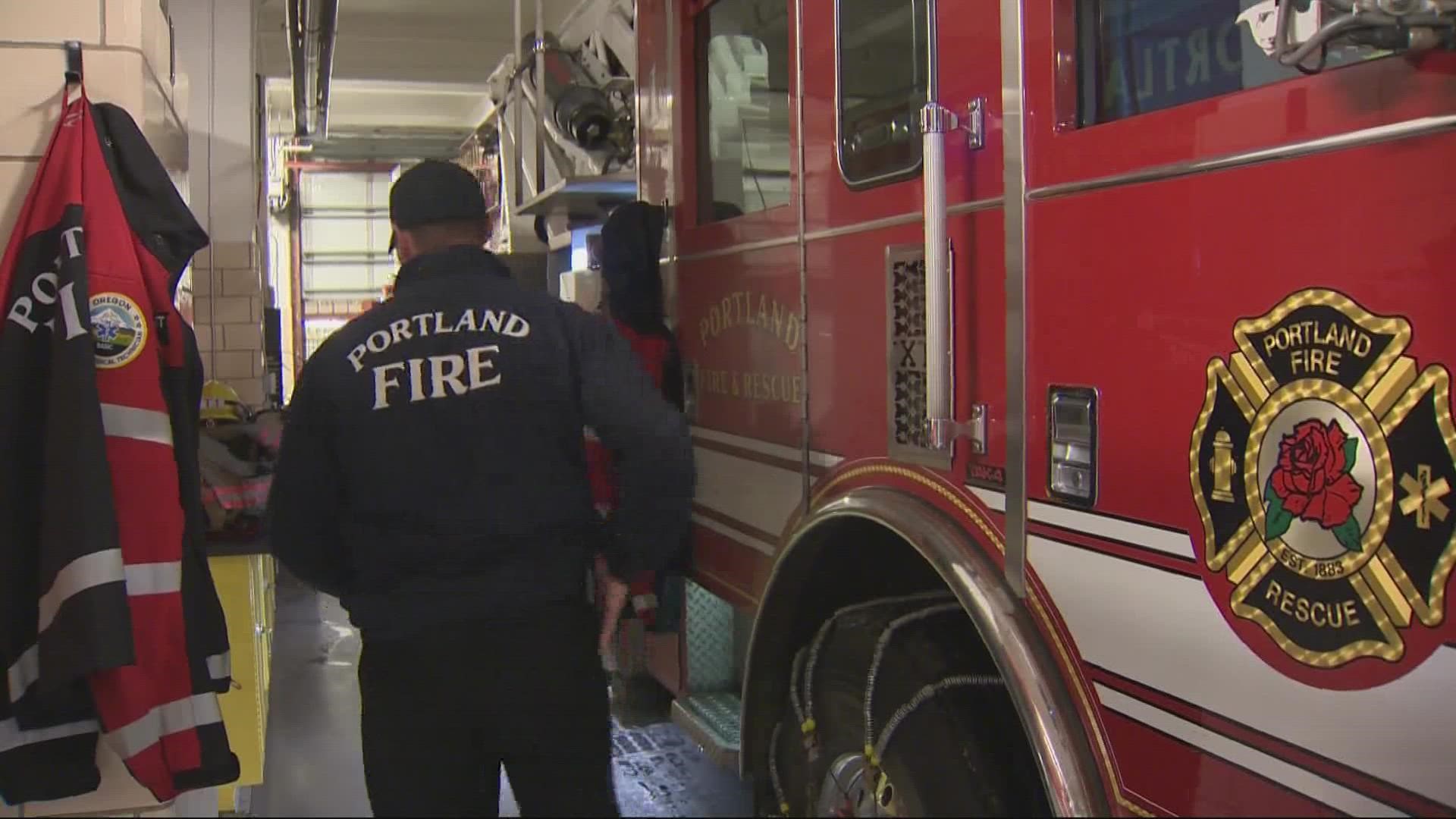 PORTLAND, Ore. — Portland firefighters will soon add bulletproof vests to their arsenal of firefighting gear. Portland Fire & Rescue (PF&R) confirmed the city will order 200 vests in the near future.

“First responders, as they go in, we can become targets,” said Alan Ferschweiler, president of the Portland Firefighters Association. He said concern over criminal attacks among union members has increased in recent years.

“Even if you look at the totality of the city, it's definitely become a less safe place to work for their firefighters,” said Ferschweiler. “There's no way to mince any words.”

Last week, the union and management agreed that every Portland firefighter should get a ballistic vest—something designed to withstand a knife attack or bullet.

“Our Chief [Sara Boone] cares about our members and she does not want, on her watch, something like that to happen,” said Portland Fire & Rescue PIO, Terry Foster.

Foster said the vests would be red and say "Medic." He said at this point it's unclear what the 200 vests will cost the city. They're currently fitting firefighters for the vests and working on a policy outlining when they would wear them.

“For us everything is about safety, so this is just another level of safety,” said Foster. “You never know when it's going to happen.”

In 2018, a man set fire to a home in Springfield, then began shooting at firefighters who responded. In 2019, Portland Police said a man stabbed an AMR paramedic waiting at a red light during a carjacking.

“I've been assaulted twice on duty,” said Ferschweiler. “It's just become more of a dangerous time for first responders throughout the country."

For example, when firefighter/medics respond to help a shooting victim. Existing protocol mandates that PF&R wait until Portland police have secured a shooting scene before going in. Foster said introducing bulletproof vests to firefighters won’t change that.

“We know our lanes,” said Foster. “Until police secure the scene, we will not send members in.”

Union leaders said ultimately, the vests will be something firefighters will have, but hope they won't need.

“Unfortunately," said Ferschweiler, "It's another tool we'll put in the toolbox to make sure that our firefighters get home every day.”