Abdulghafar Jarbarkhil says his older brother, wife and niece still live in the country recently overtaken by the Taliban. 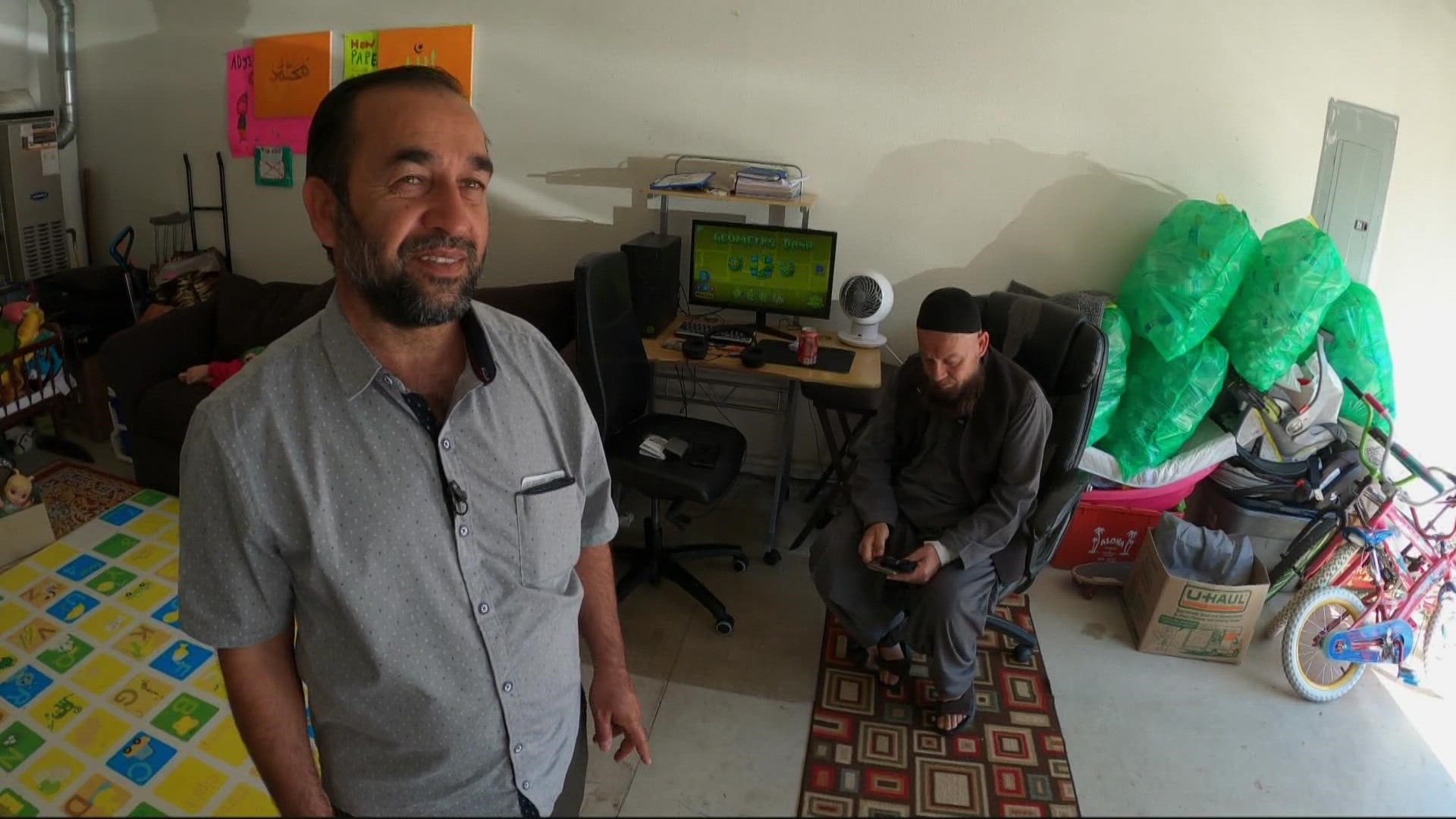 PORTLAND, Ore. — Abdulghafar Jarbarkhil lives in the Portland area but grew up in Afghanistan. He has a younger brother that is currently in Italy trying to seek refuge there, but it's the older brother living in Afghanistan he worries about.

"We are not only (worried) for his safety, but for the safety of the whole people," Jarbarkhil said.

He's been in close contact with his older brother about the situation in Afghanistan where the Taliban have take control over most of the country, including the capital city of Kabul.

"I don't consider it good because they first didn't make a good government or any good system. I believe it will almost be the same," Jabarkhil said.

The Taliban, estimated to be over 200,000 strong has a long history of murder, harboring terrorists like Al Qaeda and suppressing women's rights. After 20 years of progress, Afghan women could lose basic rights.

"They will have their own way of extreme things and they will not allow women to do education and work in offices," Jarbarkhil said.

Senator Ron Wyden, the ranking Democrat from Oregon said what is happening in Afghanistan is "absolutely horrific."

He talked with reporters Monday morning about the current situation and what needs to be done.

"The situation right now is very difficult. It's about getting people help, so that people can get to safety," Wyden said. "That's the agenda and a lot of those people who were there for American forces over the years."

President Biden addressed the nation Monday afternoon, his first public statements since the fall of Kabul. In his speech, he doubled down on his decision to continue pulling out troops of the country. The exiting of troops was first started by the previous administration.

"For Oregonians who've talked to me, they don't want to see their sons and daughters go back into Afghanistan and I sure agree with them," Senator Wyden said.

Jarbarkhil says the U.S. withdrawal was needed, but says it could've been handled differently. "In my opinion, they did it just in a way they wanted, not in a way that was good for Afghans."