Despite the pandemic, the Portland Diamond Project says it is still pushing to bring the MLB to PDX 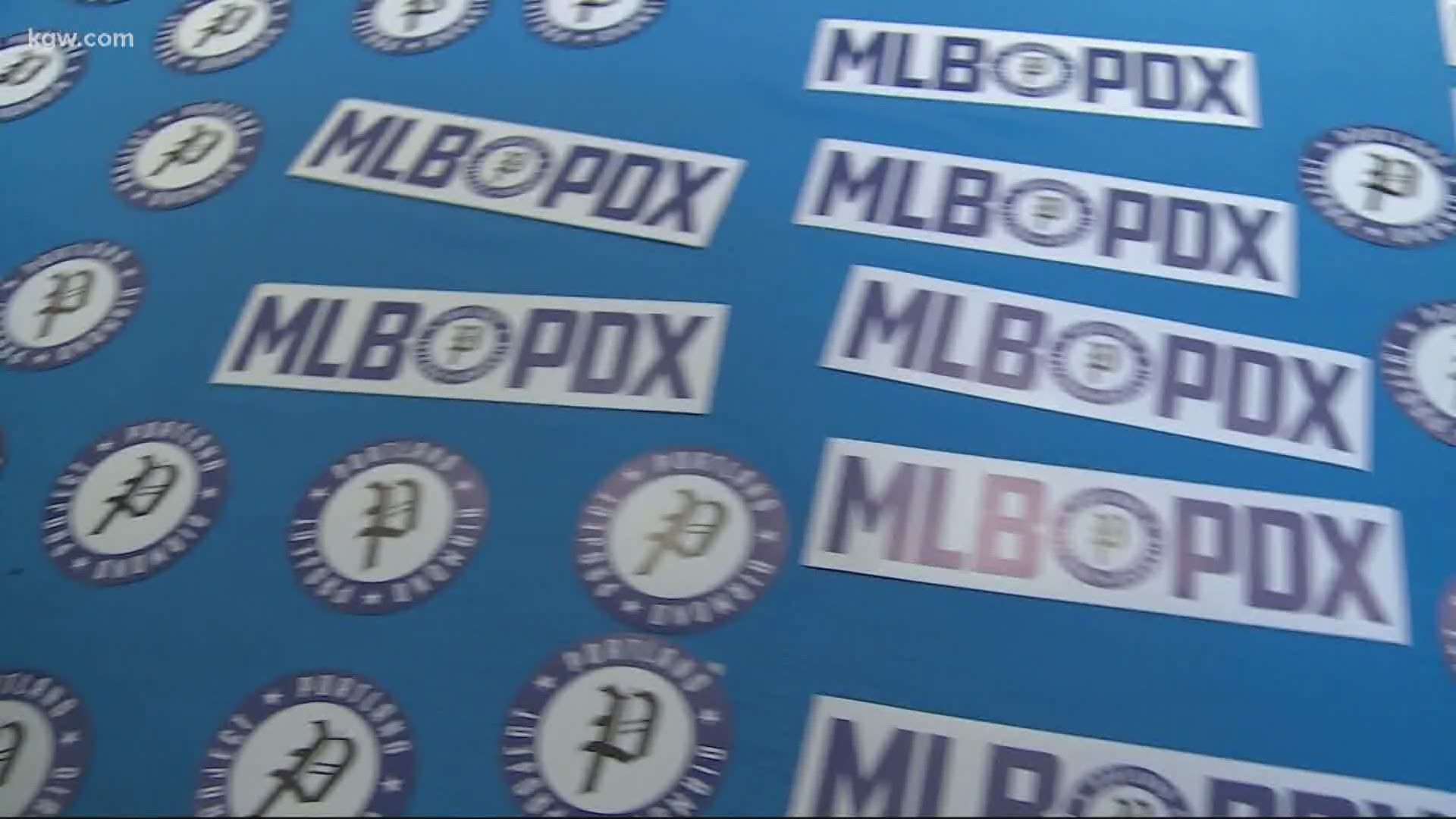 PORTLAND, Ore. — Baseball is back.

"We are alive and well and still pushing on," said Portland Diamond Project managing director Mike Barrett. "Things are going well and we're still kind of on track. We really haven't stopped by any means."

Neither has the support.

Barrett says there are more than 60,000 signatures on its petition to bring MLB to PDX.

Barrett says the coronavirus pandemic has impacted them as well.

"To some degree, it has slowed the process a touch, but there are so many people who have reached out to us during this and it has surprised me. Some of those people, who are very wise in how they invest, have seen that they want to diversify. So even though we're doing well in that department, it's great to get the phone calls from people who still want to get involved somehow either financially or just through support."

The Portland Diamond Project remains optimistic and hopeful during the pandemic.

"I don't want to sound insensitive at times, but in some ways, and this is not talking locally, but in terms of Major League Baseball and the sporting scene, you could argue it could end up helping," said Barrett.

"We've all read the articles, this could fast track expansion because there's going to have to be a point when you gotta replace lost revenue. A lot of people on the national beat have written about this and have fortunately mentioned Portland and others, Nashville gets mentioned a lot too as cities that are preparing themselves. They could be a shot in the arm to Major League Baseball, so we are hoping that is the case."

The PDP has stadium renderings of what the billion-dollar project could look like, along the Willamette River.  The Terminal 2 location in Northwest Portland was described by PDP founder Craig Cheek as the best location possible.

"That's the one that we've come out and talked publicly about, but as we've always said there are others that we are well down the road on as well because we know you can't go all-in to one in a situation like this especially in this climate," said Barrett. "We feel very good about not only our original that we did release, but several others and talks continue."

Before that can happen, they have to get a team. Whether it's through expansion or a current club relocating, it's ultimately up to the league.

"We have great connectivity to MLB. All along we've told them if we get into a point where you feel like we're wasting our time, tell us," said Barrett. "They're like, no, no, no. We need you, go go go. So those are good things to know."