Hundreds of demonstrators gathered at Waterfront Park Tuesday night to rally for President Trump’s impeachment and removal from office. 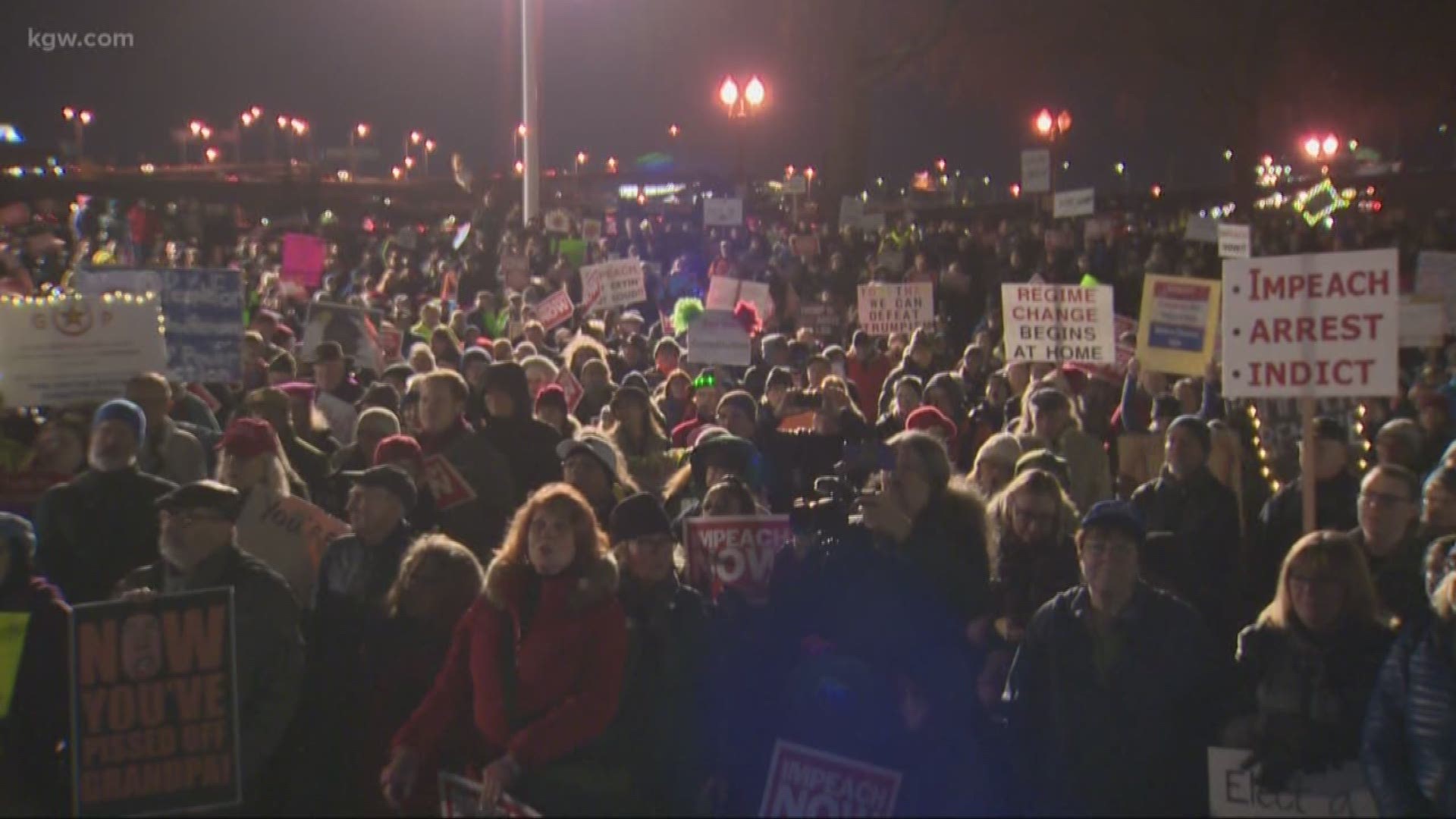 PORTLAND, Ore. — Protesters rallied at Waterfront Park Tuesday night to call for President Trump to be impeached and removed from office.

They called the night “Impeachment Eve,” a nod to what Wednesday and the House of Representatives may bring. The House will consider two articles of impeachment: One for obstruction of congress, the other for abuse of power. Democrats say President Trump solicited the interference of Ukraine in the 2020 election.

“We know that these are crimes,” said demonstrator Amanda Siebe. “Nobody is above the law and we need to make sure we say that with a loud, clear voice.”

Portland was among hundreds of cities holding so-called "Nobody is Above the Law" protests including Seattle, Denver and New York City.

“Just seeing a bunch of people get together and say, ‘we love our country, we love our constitution,’” said demonstrator Chris Tebben. “I am not going to let my kids lose the country that I believe in.”

If the House approves either article of impeachment, the Senate will hold a trial. Senate majority leader Mitch McConnell would be one of the jurors deciding the president's fate. He said he'd work with White House counsel on how to proceed with the trial.

“That's not a fair trial so we'll be back out here when it's time for that, too,” said Tebben. “Hopefully we can get some holidays in between.”

RELATED: Republicans coin 'T'was the night before impeachment' ahead of Wednesday vote