Sean Ludka was diagnosed with a rare autoimmune disorder in October. After weeks of not being able to see his wife and four children, he's thankful to be home. 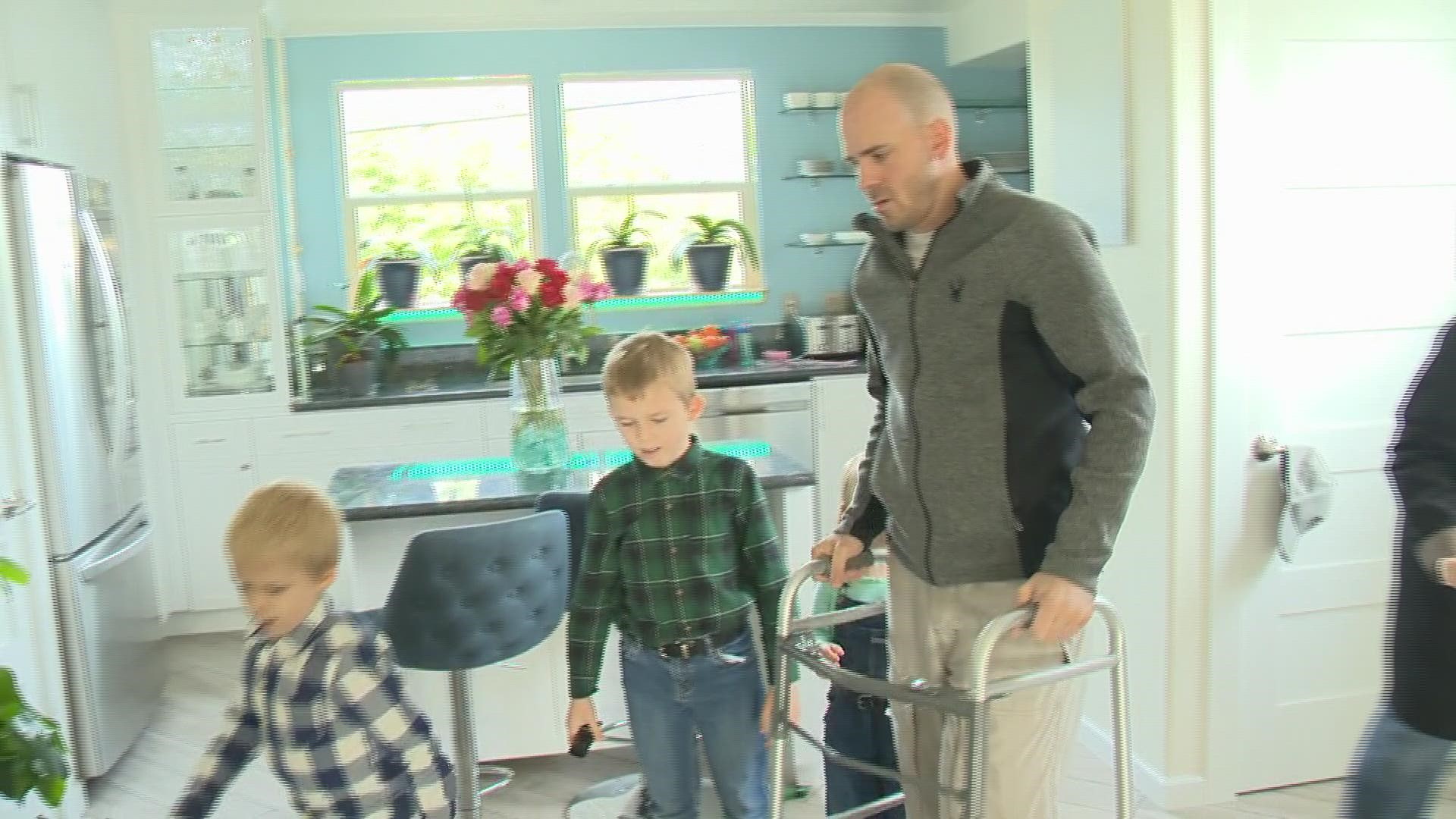 PORTLAND, Ore. — A Portland man is thankful to be home for Turkey Day. He spent over a month in the hospital with a rare autoimmune disorder but got out just in time to celebrate the holiday with his family.

Sean Ludka noticed tingling in his toes in October and it kept getting worse.

"I was starting to stumble and didn't have the strength in my legs to stand up," Ludka said.

He eventually found himself in the emergency room at Legacy Good Samaritan Medical Center in Northwest Portland. That is where he was diagnosed with Guillain-Barre syndrome.

Guillian-Barre is a rare autoimmune disorder in which a person’s own immune system damages the nerves, causing muscle weakness and sometimes paralysis.

Ludka went through treatment and rehab but relapsed. COVID restrictions kept his wife and four children from seeing him as he fought to get better in the hospital.

"It was hard being in the hospital. My kids were sending me pictures to put on my walls to look at, and paintings, and that's about as close as I could get to them," he said.

After six weeks of fighting, he was finally able to go home on the day before Thanksgiving. His family was there on Wednesday to pick him up from the hospital, greeting him with big hugs and smiles.

Ludka is expected to make a full recovery back home with his family. He said there’s plenty to be thankful for this Thanksgiving.

There's also a GoFundMe for the family to help with expenses since Ludka says it'll likely take a year before he can return back at work.

RELATED: State parks will be free in OR, WA day after Thanksgiving