Portland culinary students getting tuition money back after lawsuit

Their class-action lawsuit is now headed toward settlement after 10 years. 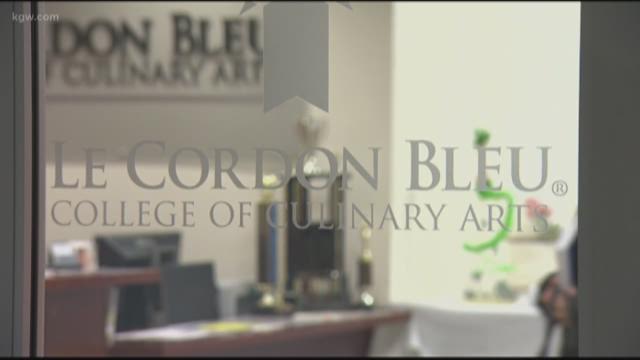 PORTLAND, Ore. -- Imagine paying $40,000 to go to a prestigious school, but only being taught enough to make minimum wage.

That's what 2,200 students of a Portland cooking school said happened to them at the now-closed Le Cordon Bleu Culinary School. Their class-action lawsuit is now headed toward settlement after 10 years.

Once this settlement is finalized, the school has agreed to pay back 44 percent of students' tuition or loan amount.

Le Cordon Bleu Culinary School was above the downtown Portland Target store, but all 16 locations across the country closed down in 2017. The closures were unrelated to the lawsuit.

Several big name Portland chefs graduated from there, and students say the culinary school billed itself as a prestigious, hard-to-get-into stepping stone to becoming a successful chef or owning your own restaurant.

"I'm a shift suprerviser for Round Table Pizza, and for a year and a half I was at Subway managing over there," said 2008 graduate Carrie Rios. It's a far cry from her dream of owning her own restaurant or being a chef.

She took out the $40,000 loan they said it cost to attend. That was more expensive than a 4-year bachelor's degree at the University of Oregon at that time.

But the lawsuit says most graduates, including Rios, only ever get minimum wage jobs like dishwasher, bussing tables or bartenders. The suit said the students over-paid in a predatory loan process, and got the most basic skills for an entry-level position.

"The whole application process, that was a complete lie they let in anybody as long as they had money or approval for a loan, they took them," said Rios. "This whole thing of it's so prestigious is all a lie and that made me real angry when I found out about it."

Portland Attorney David Sugerman has been working on this case for 10 years. "The schools aren't allowed to sell education to someone who's not likely to benefit," said Sugerman.

He discovered a secret deal between the school's Chicago-based parent company Career Education Corp. and loan company Sallie Mae that overcharged students by 44 percent so the loan company could pocket the money.

On top of that, Sugerman says the promise of a good salary, in a chef-type job was not what was happening. "Instead these are jobs people could get off the street without ever going to culinary school that pay minimum wage. So now all you have is $40,000 of high interest debt."

Rios will now get $17,000 back if all gets approved with the settlement. She wants to put it toward buying a house.

"I just hope this is an awareness for other people to prevent them from scamming more innocent people," Rios said.

To get the money, you will need to file a claim. You can check here if you qualify.

Claim forms should be going out in March. Once the claim period starts, you will have 90 days to file your claim. If you don't file it by then, you lose your right to make a claim, and Career Education Corp. gets to keep the money.