Brittany and Quinn Neely originally intended to volunteer at a school in Uganda for six months. That was five years ago. 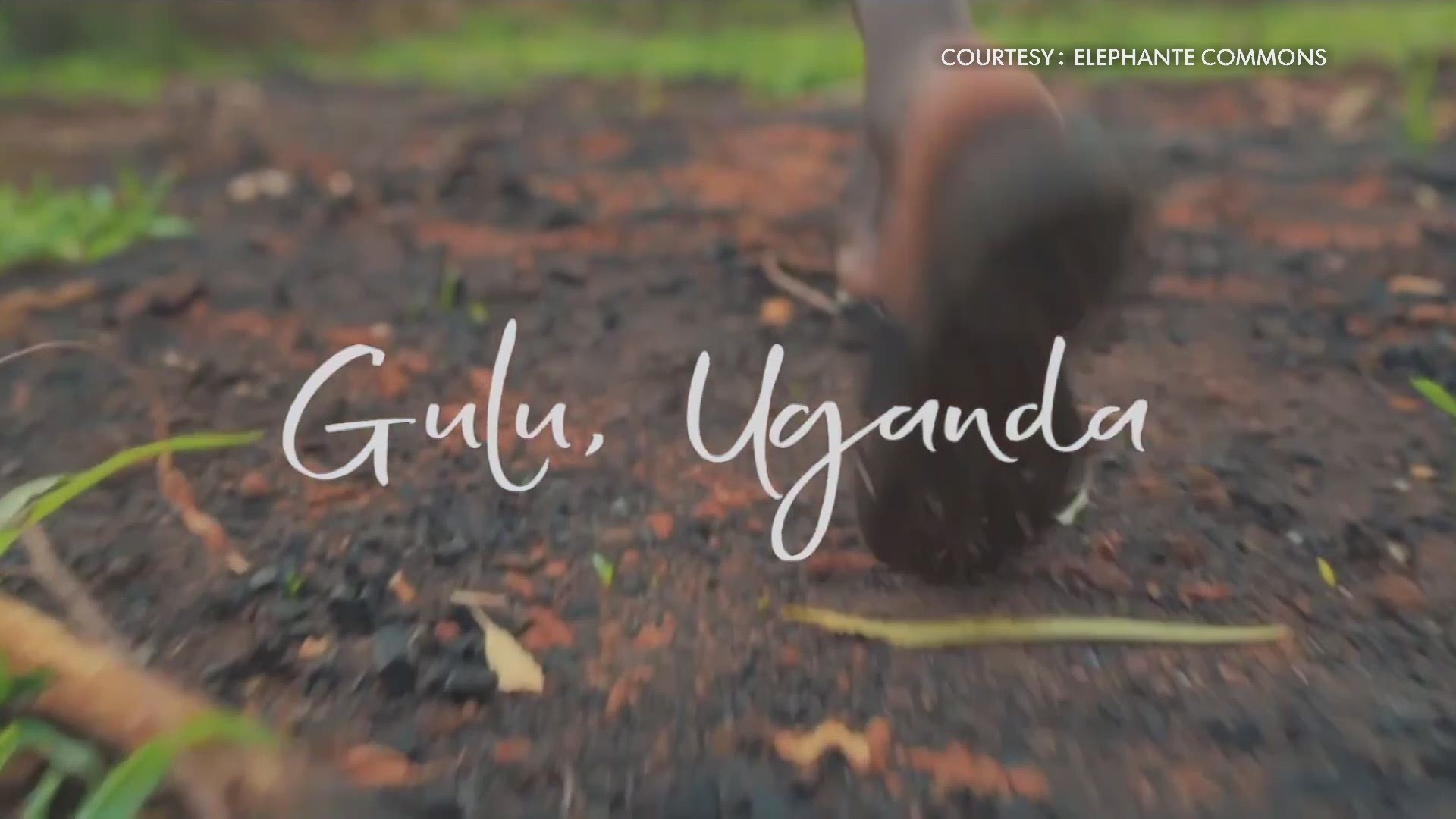 PORTLAND, Ore. — Two Portlanders have made it their mission to make a difference a world away.

Brittany and Quinn Neely originally intended to volunteer at a school in Uganda for six months. That was five years ago. Now the married couple from Portland is heading up a new project to help people in the town of Gulu.

It’s located in Northern Uganda, an area where a civil war raged for roughly 20 years. Child soldiers, rape, and other atrocities were the norm.

“The young adult generation here were children when the war was up here,” said Brittany Neely, the Executive Director of Elephante Commons. “They've seen a lot of violence.”

That’s why the Neelys are focusing on the future and trying to help shape it in the midst of poverty and unemployment.

“Anything Gulu wants to see happen, they can make happen here,” said Neely.

That's the idea behind her non-governmental organization. The couple just launched it last month.

“Elephante Commons is a community space specifically for everyone in Gulu to come and use however they want,” Neely said.

The 40-year-old building, sitting on a five-acre plot of land, is still being renovated. But soon the plan is for it to house classrooms, a free library and even a hotel.

“We have a cafe right now and we have an outdoor event center and an indoor center,” said Neely.

The duo said they were inspired by a friend they met in Gulu. They said his dream was to teach women self defense after a traumatic event he experienced in his own life. The Neelys said he saved up all his money, but ultimately couldn't sustain paying for the space he needed.

“He was trying to change his community from the inside, and with this space we can offer that opportunity for people who are passionate about seeing change in their community,” said Neely’s husband, Quinn.

To maximize their impact, the couple has also partnered up with other organizations in the community.

“We're also working with an organization called #Gulu, and they're helping 63 kids that wander the streets trying to collect plastic bottles so they can have a single meal,” Quinn explained.

They’re making a difference one meal and one idea at a time.

It seems like it’s working. All you have to do is ask the Ugandans who the Neelys have employed at their community center.

“Elephante Commons is an important place for us. We hold it in our hearts, because not only providing us with job, but also extending community as well,” said one man via FaceTime.

“It's important because it has united us together,” said another man.

While it sounds simple, the Neelys say donations are a true game changer that allow them to do the work they're doing.

“I always felt like I was that person who was in the states and couldn’t help. Then I come here and I realize that every single person that’s out here trying to make a difference is funded by people back home,” said Neely. “Literally none of us could be here doing anything that we’re doing without that.”