Portland company creates plastic that can dissolve in water

Instead of taking centuries to degrade, this plastic takes only a matter of seconds. 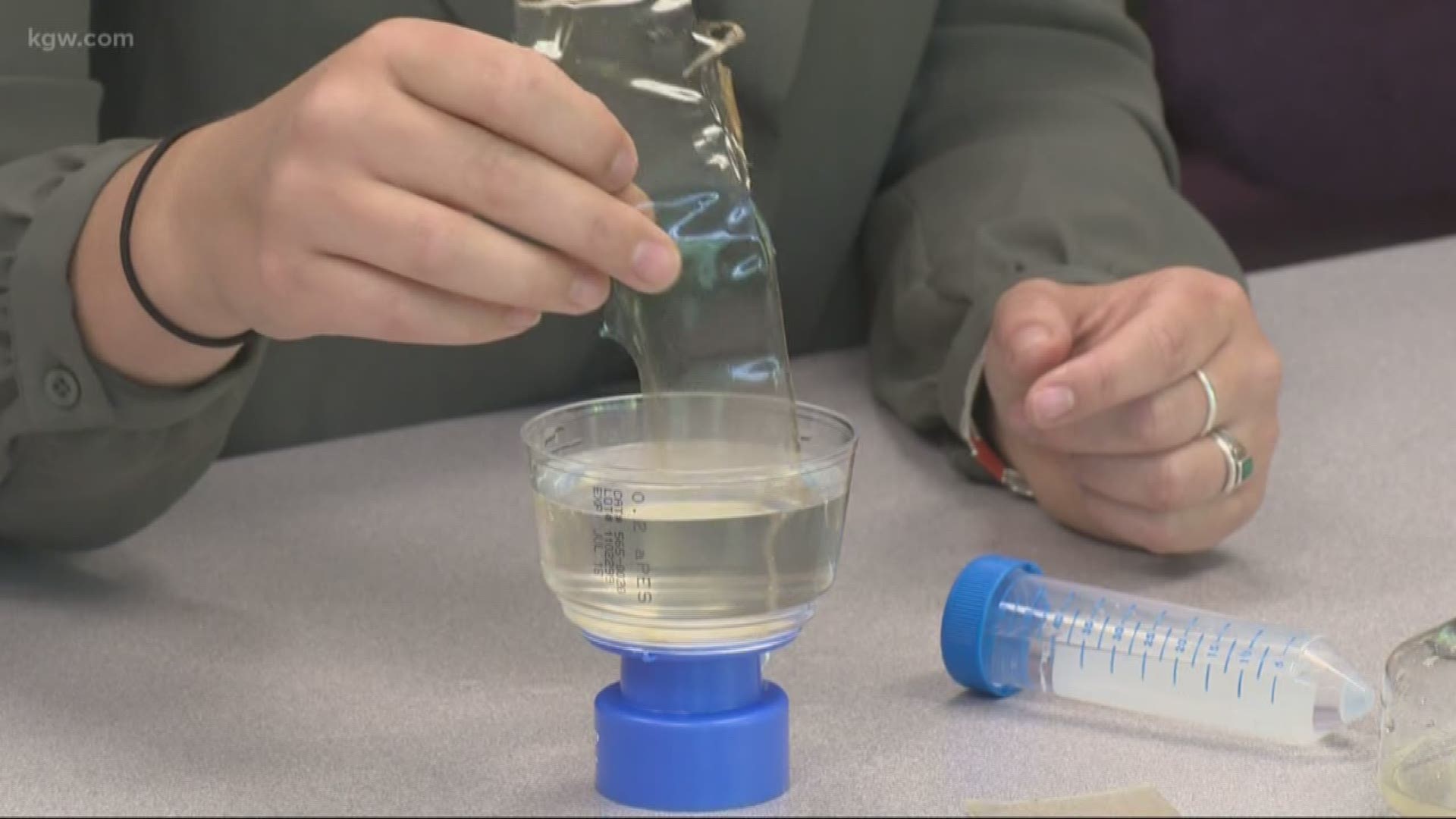 PORTLAND, Ore. — Imagine a plastic that could dissolve in water, is non-toxic, and if you really had to, you could even eat it!

It might sound too good to be true, but it's exactly what a new Portland-based company has created.

The material looks a lot like typical plastic. But instead of taking centuries to degrade, this plastic, when added to water, takes only a matter of seconds.

It is the latest invention from Portland-based company Algotek.

Formed in 2017 when the founders were still students at the University of Oregon, the company has a single mission: To eliminate single-use plastics.

Things like plastic straws, forks, spoons, bags and all that stuff that ends up in our landfills and our oceans.

The plastic alternative is made out of seaweed. The same kind of giant kelp that grows off our shores absorbing carbon as it does.

As for exactly how the company turns the seaweed into the plastic?

But somehow the kelp is reduced into film or made into pellets that can be pressed into rigid plastics like ice cream taster spoons, spoons, forks, knives and more.

Packaging material is another option the company is exploring.

And because the algae-based plastic dissolves in water, the company's also focusing on making products that would benefit from that.

"A tampon applicator is a great one because a lot of time women throw it down the toilet," said co-founder Tanner Stickling. "Over 46 percent of women in the U.S. throw everything down the toilet."

Another possibility is skin care products, since this type of algae not only makes a earth-friendly plastic, it's also good for your skin.

Right now the company is working with a manufacturer in Albany to produce the products.

They are in the development phase right now, but could be hitting store shelves, in one form or another, this summer.