'It's a tragedy that it's gotten this bad': Portland city leaders respond to complaints over crime in Old Town

Portland City Commissioner Mingus Mapps met with directors of cultural institutions in Old Town at their request to develop solutions. 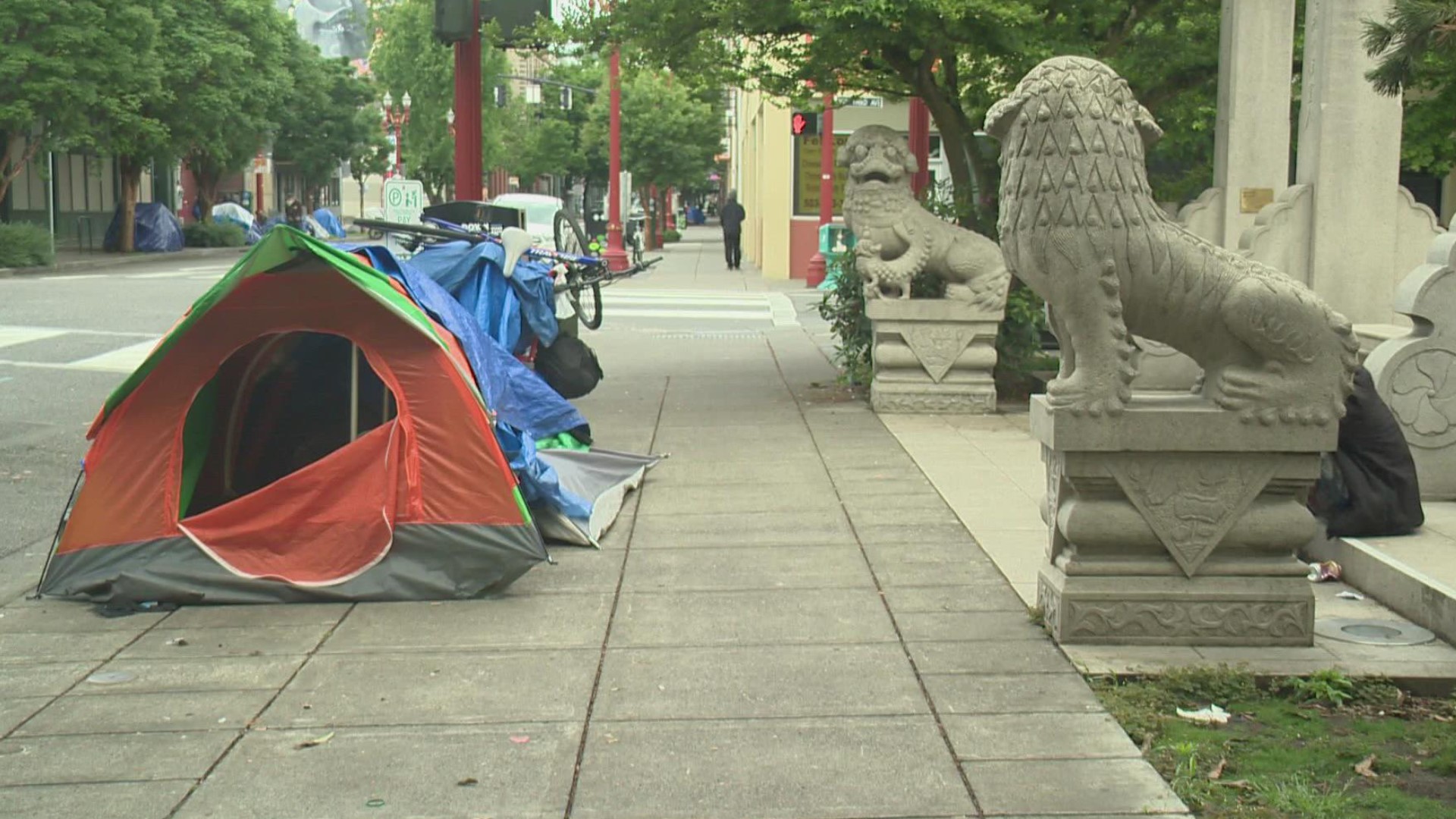 PORTLAND, Oregon — Inside the gates of Lan Su Chinese Garden in Old Town, thousands of people seek tranquility or at least a brief respite from the grind. But just outside those gates, the people who run the garden say rising crime, violent attacks, trash and public camping is jeopardizing all of it.

Nye said Lan Su has hired private security to police the area, and that nonprofits have agreed to help clean the sidewalks — jobs Nye believes the city should be doing.

“We will do what is necessary for us to keep our staff, our visitors and our volunteers safe,” said Nye.

On Thursday, Portland City Commissioner Mingus Mapps and members of his team met with Nye and directors of three other cultural institutions in Old Town: The Japanese American Museum of Oregon, the Oregon Jewish Museum and the Center for Holocaust Education and the Portland Chinatown Museum. The meeting was in response to a joint letter from all the directors, asking for help. They sent the letter to Mapps and other city and county leaders asking each to meet with them by Oct. 22.

“This is a citywide problem, it's a tragedy that it's gotten this bad,” said Mapps. “I will have succeeded in helping them when we actually change the reality that is on the ground; when I get that trash picked up, when I get people who are currently sleeping on the streets and in need of mental health care inside and in shelters and connected with mental health service providers.”

Mapps said his office has already asked police to increase patrols in Old Town. He's also looking ahead to the city's regular budget adjustment process known as the “fall bump." He plans to ask for public safety reforms including hiring more police officers.

“We literally do not have enough police officers to respond to all the 911 calls that we have,” said Mapps. “Right now we’re losing about 12 officers a month to retirement or who are going to some other [police agency].”

After their meeting, Nye told KGW that the group of directors appreciated Mapps' prompt response and specific ideas, but they still have questions.

"We are concerned that many of these initiatives, which are connected to the fall bump budgeting process, still means that Old Town will need to wait until March 22 at the soonest for many of these to begin," said Nye.

To that end, Nye noted their problems began long before this year and that it's discouraging that it took the group’s letter to start seeing action.

Two other Portland city commissioners responded to KGW regarding the letter. Commissioner Dan Ryan said in part, “Old Town needs our support now more than ever. No employee, resident, or tourist should fear for their physical or emotional safety because of where they work, live, and play."

Commissioner Carmen Rubio said in part, “I want to acknowledge the deep concerns I've heard when talking with some of these organizations and community leaders ... significant planning and engagement is happening as we speak to take necessary steps forward on these issues in the coming weeks."

Mapps, who took office in January, said he looks at Old Town on a citywide scale as he tries to make a difference for the future.

“We have not been served well by pretending that it does not exist,” he said.