Rapid Response halted sweeping homeless encampments as of Dec. 30, 2019 and will resume as soon as Wednesday evening. 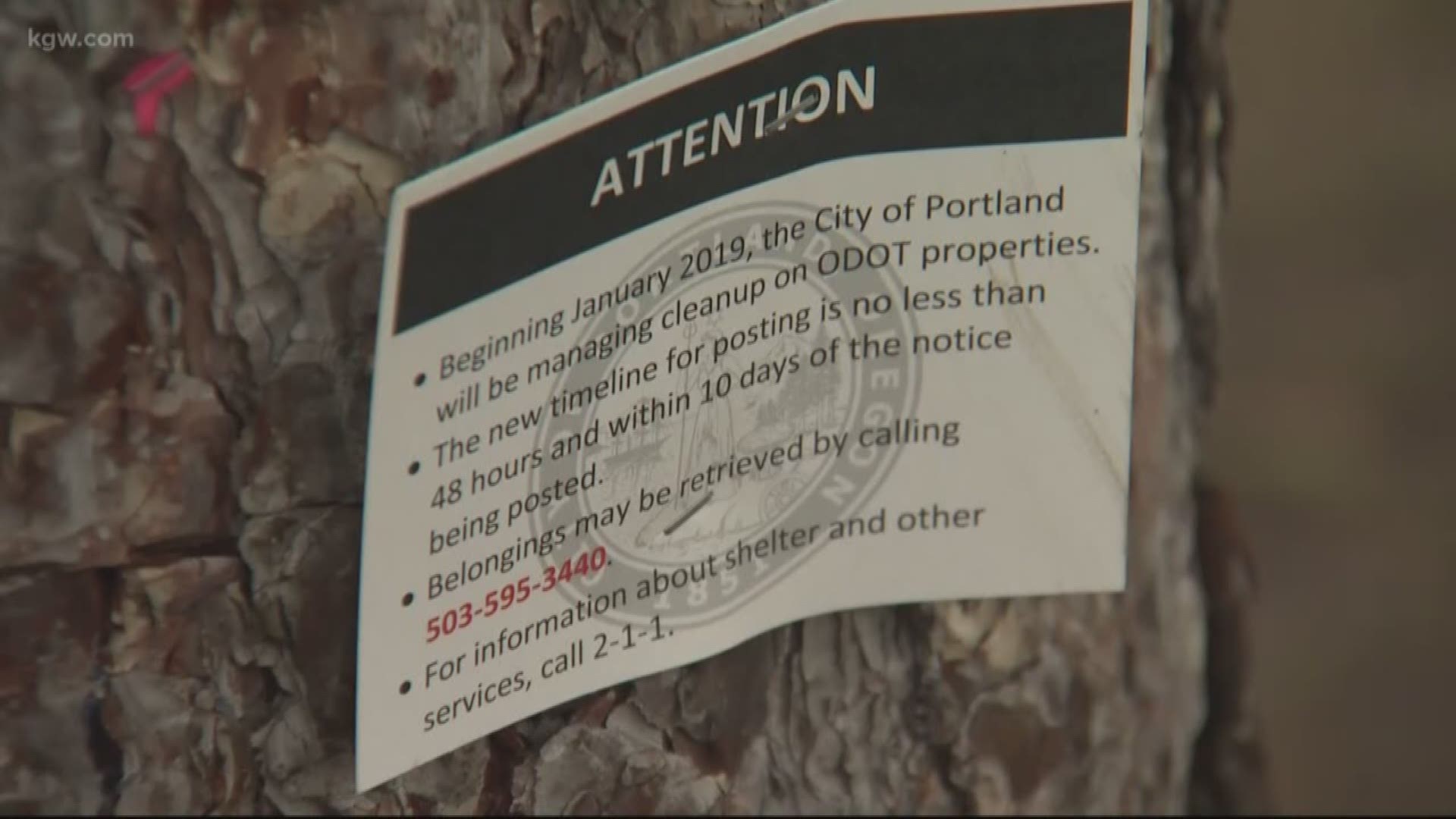 PORTLAND, Ore. — Portland City Council voted Wednesday to extend a contract with Rapid Response Bioclean, a third-party vendor who is tasked with cleaning up homeless camps throughout Portland.

Rapid Response halted sweeping homeless encampments as of Dec. 30, 2019 and will resume as soon as Wednesday evening.

However, the vote to approve the $4.5 million contract with Rapid Response wasn't without contention. It was initially delayed in December 2019 over internal debate within city council on whether or not sweeps of homeless camps should be happening in the first place.

The updated contract passed unanimously Wednesday will require Rapid Response crews to have a mental health counselor with them for some sweeps, and that crews carry Narcan, the nasal spray used to treat narcotics overdoses.

Last month, Mayor Ted Wheeler told KGW the city doesn't "randomly go out and harass or move people camping on the streets. The whole reason that we have this contract around camp cleanup is so that we are thoughtful and compassionate in how we prioritize the cleanup of camps,” he said.

Advocates, like Street Roots Executive Director Kaia Sand, were hoping to pause the contract for a 6-month delay, to give them time to pitch ideas for a more "humane" approach to sweeps.

“Imagine if in our city, we wanted to drive people further into poverty, and we really didn’t want to solve homelessness. Then we would design a system in which we continually moved people, we took their possessions, and we would exhaust them, re-traumatize them as they ran around trying to start over again and again… That’s really kind of absurd. It’s as if we want to keep people in poverty and homelessness, and I know that’s not true,” Sand said.

Following a camp cleanup, Rapid Response crews are required to transport a homeless individuals' personal property to a storage unit in Southeast Portland, where it can be claimed by its rightful owners.