The policy now moves to a second meeting, scheduled for Wednesday, June 19 at 4:15 p.m. 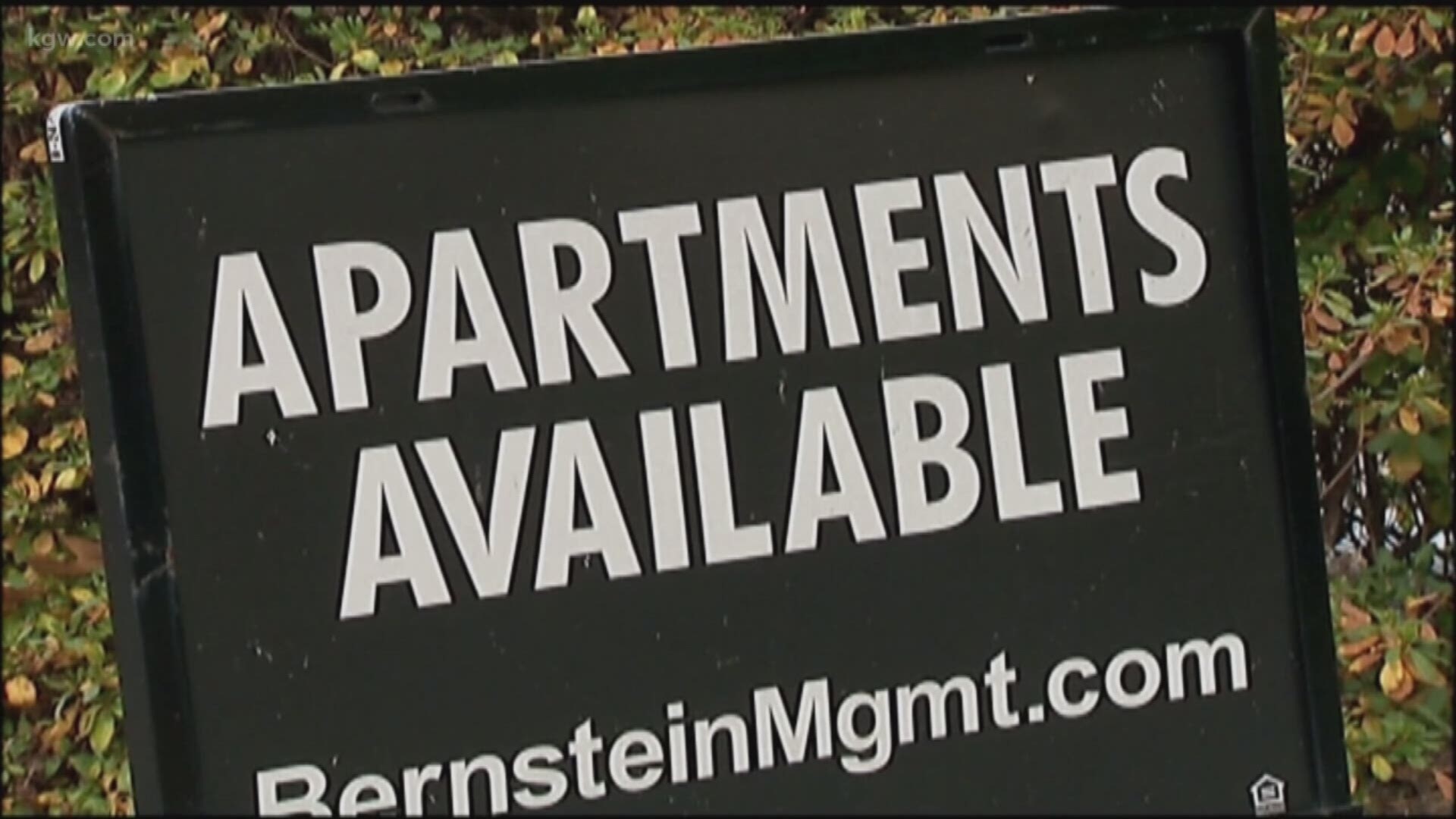 PORTLAND, Ore. — After about 45 minutes of discussion, the Portland City Council on Wednesday voted on 10 amendments to a policy that would regulate screening criteria to make it more forgiving to renters, and make security deposits more renter-friendly and affordable.

Nine of the 10 amendments passed. The policy now moves to a second meeting, scheduled for Wednesday, June 19 at 4:15 p.m.

The council first discussed policy, which is aimed at aimed at leveling the playing field in the rental screening process, during a council meeting on April 3.

Proponents say it would help renters, but some landlords think it goes too far.

Portland City Commissioner Chloe Eudaly's office first presented the proposal on April 3 and the public weighed in the next day.

Eudaly said outright they've kicked this issue down the road for decades and now she wants to share research so people can make decisions based on fact not fear.

Eudaly's office is pitching a sweeping plan pushing landlords to be more forgiving with applicants' criminal history and poor credit.

"If this package is passed it will significantly decrease incidents of housing discrimination whether by default or design," Eudaly said at the presentation Wednesday. "Housing is a basic need, it's a human right and it's a finite resource.

"Our failure to protect tenants and stabilize rents has contributed to an unprecedented housing crisis," Eudaly added.

Her office and tenant advocates say if the policy passes it will decrease housing discrimination and knock down barriers.

"There’s no connection between what a background report says whether, again, it's credit, criminal history, job references, income, whatever, and what the real story is in terms of their worthiness as a renter and ability to pay rent and be good neighbors,” said Margot Black with Portland Tenants United.

Under the proposal, tenants would not be required to make more than two times their monthly rent in income.

It encourages landlords to use the city's "low barrier" screening criteria, an attempt to level the playing field, leading to the approval of more renters who struggle to find a home.

Landlords can choose to adopt that criteria. If they don't, they could do their own assessments but with added layers, such as laying out why they denied a renter.

"I think it’s certainly a conversation that needs to be had in the city but the problem is the people crafting these policies are not listening to industry experts and they're not thinking about how things play out in real life in terms of application and negative consequences it's going to have on both landlords and renters," Sleep Sound Property Management President Nicholas Cook told KGW. "And it's likely going to cause a supply reduction in the market when that's something we're trying to avoid at the moment and also doing it by gambling with the lives of people who live in Portland."

A number of landlords and property managers are outspoken and opposed, arguing, among a variety of other issues, the added steps would increase the amount of time it takes to process applications.

“What problem are we trying to solve here?” Asked Ron Garcia with Rental Housing Alliance of Oregon. “This is not going to help the housing crisis. It doesn’t create more units. It doesn’t lower rent. It doesn’t take anybody off the street because if there’s people in the street that were challenged before and they move in, that’s still one less person that didn’t get that unit and they’ve got to find something else.”

Katrina Holland with the Community Alliance of Tenants agrees this does not solve the housing crisis, but thinks it is a step in the right direction.

“At the end of the day, the housing crisis can never be solved by one thing, it takes a bunch of different things,” Holland said.

She said it needs to be easier for low income and vulnerable populations to qualify.

“Somebody's criminal history does not define a whole person, most of the time in a lot of circumstances people who resulted to criminal history had horrible pasts or were just trying to get by, trying to meet the needs of their family, and ended up in a really poor position, are we effectively saying they can't have access to housing?” Holland asked.

Property managers like Cook feel the policy would push small landlords out of Portland and decrease housing supply, while posing a safety risk to other renters.

“Low barriers they're proposing people adopt really are going to allow in some high risk tenants, tenants that could jeopardize the safety of neighbors, community and so forth," Cook added.

Under the policy, the alternative is doing individual assessments, which Cook says prompts added cost and burden.

"You're adding a whole new layer of essentially bureaucracy and cost that's going to go somewhere; it'll show up in rents different ways or people leaving the market."

A policy addressing security deposits is also before city council, hoping to make deposits more renter-friendly and affordable. It's an accompanying proposal coupled with the rental screening process changes.