Hundreds of people have signed up to testify about how the city should fund the Portland Police Bureau. 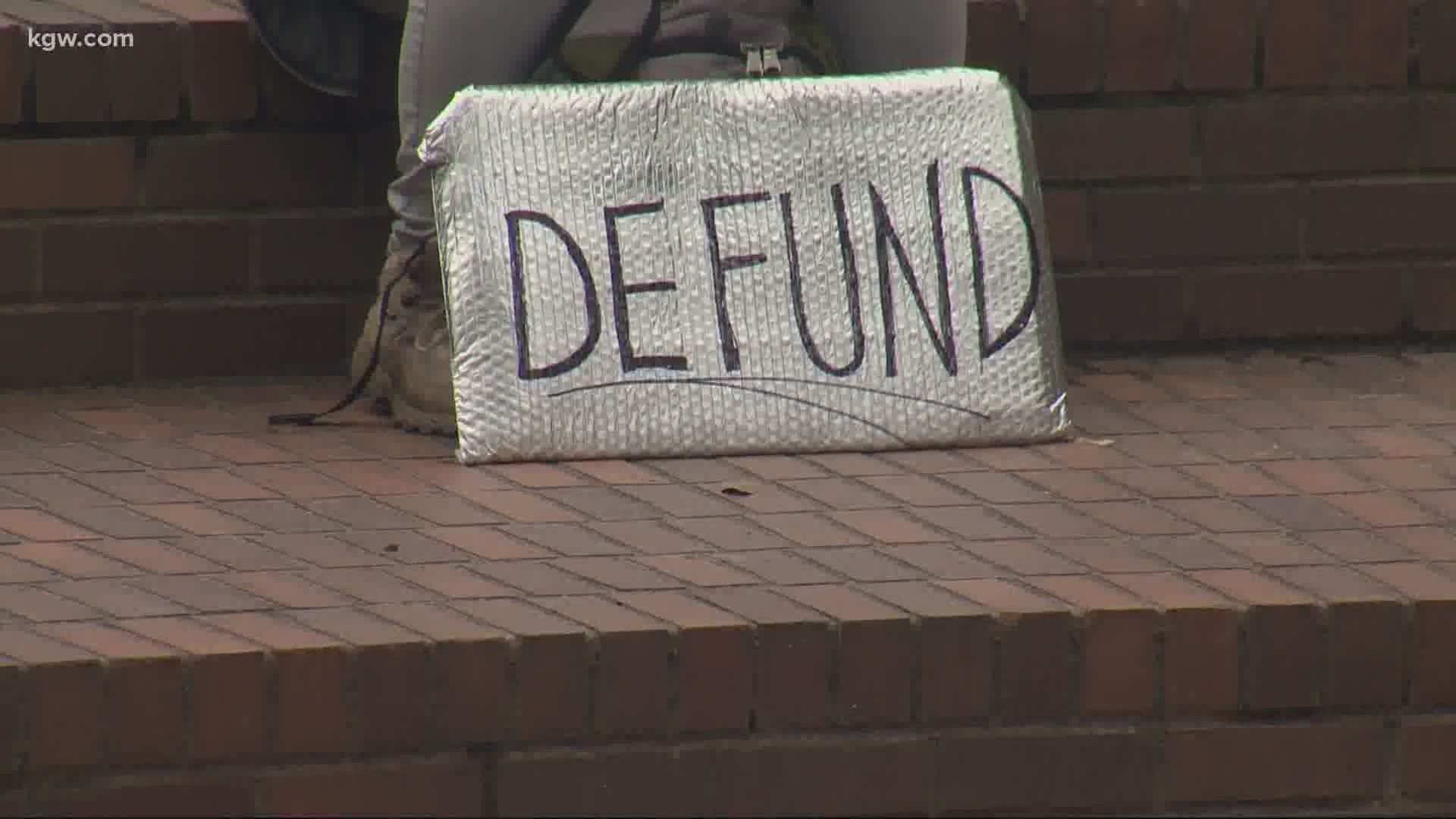 PORTLAND, Ore. — So many people wanted to share their thoughts on Portland’s next budget, specifically the police budget, that 742 signed up to give virtual testimony Wednesday.

“It's simple, defund the Portland police,” said Andrew Riley during his testimony.

The commission used Zoom to host the meeting and kept the video off for members of the public. Commissioner Jo Ann Hardesty said this day was 30 years in the making, and the result of the recent protests. She said her office received 61,000 emails about the budget.

Portland’s proposed city budget for 2020-21, which begins July 1, is $5.6 billion. According to city documents, 13% of that is the general fund, which city commissioners can use as they see fit. The other money has dedicated uses that cannot be changed.

Most of the general fund money comes from property taxes, business licenses and utility fees. It is spent on public safety, which includes police and fire, along with parks and community development.

COVID-19 punched some holes in the budget but Wednesday the focus was on taking money from Portland police. Community activists said they want $50 million taken from the police bureau’s $244 million budget and reinvested in communities most impacted by police violence and the war on drugs.

The Oregon Cannabis Association said taxes from the sale of cannabis should no longer help fund police.

“The OCA has joined with numerous other coalition effort to insist that funds derived from the Portland cannabis tax appropriately go to programs and services that aid Black, Latinx and Native American people in our communities.”

Portland Mayor Ted Wheeler was not part of the budget hearing Wednesday. His mother died Tuesday. He is expected to take part Thursday when testimony will continue, and the final budget will be voted on.

RELATED: What does 'defund the police' mean?