The crosses on the lawn of Augustana Lutheran Church are in memory of hundreds of people who died crossing the U.S.-Mexico border in 2019 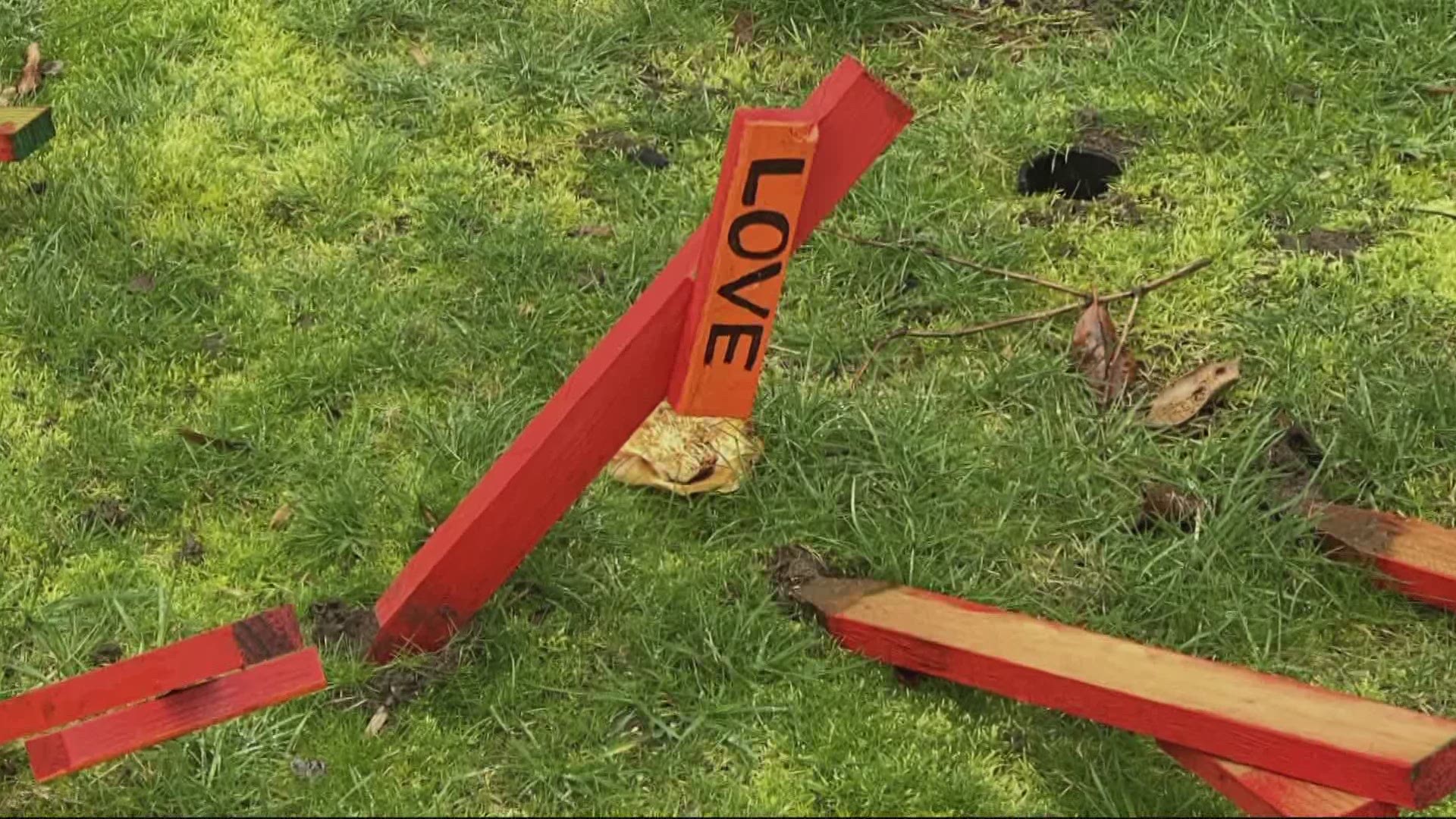 PORTLAND, Ore. — For five months hundreds of crosses have stood on the lawn of  Augustana Lutheran church in Northeast Portland, in memory of the hundreds of people who died crossing the border in 2019.

The church leader, Reverend Mark Knutson wants to know who did it. "Anybody out there that has to do something anonymously, come out of the shadows, speak, talk," said Reverend Knutson. "Don't do vandalism and don't stand with hate. Hate is never the answer, especially against people who are vulnerable, seeking a home."

The crosses were made by immigrants and painted by children and families in the community to show compassion and support.

"It might be just a cross for somebody but it represents the life of those kids, thousands of kids that died crossing the border," said Francisco Aguirre, who was part of the effort.

Aguirre's a refugee from El Salvador and knows what it means to desperately want a better life. His family was killed during a conflict in Central America. "Then the government started persecuting me for my political beliefs, believing in peace, justice and quality for all," explained Aguirre.

He took refuge at the church for months after coming to the United States. To him,  that says a lot about this city, despite the vandalism. "Portland is there, that beautiful colorful city is there for everyone when you need help, they stand up in favor."

Reverend Knutson says the memorial is not political but a show of support and compassion. "We do this because of our faith, it demands it, a God that is a God of love." Aguirre hopes the community stands up with the church against the hateful act.

"What happened here is a good example of hate, racism in our community," he said, "and that needs to be stopped. It's time to say enough. Let's construct love and humanity, unity in our cities."

Reverend Knutson says Portland Police officers came by to take pictures of the damage Friday but he hasn't heard anything back from them yet.

RELATED: Portland's mayor promises to tackle trash and graffiti but won't give specifics