An animal control officer in Santa Fe, New Mexico brought the cat into the animal shelter. 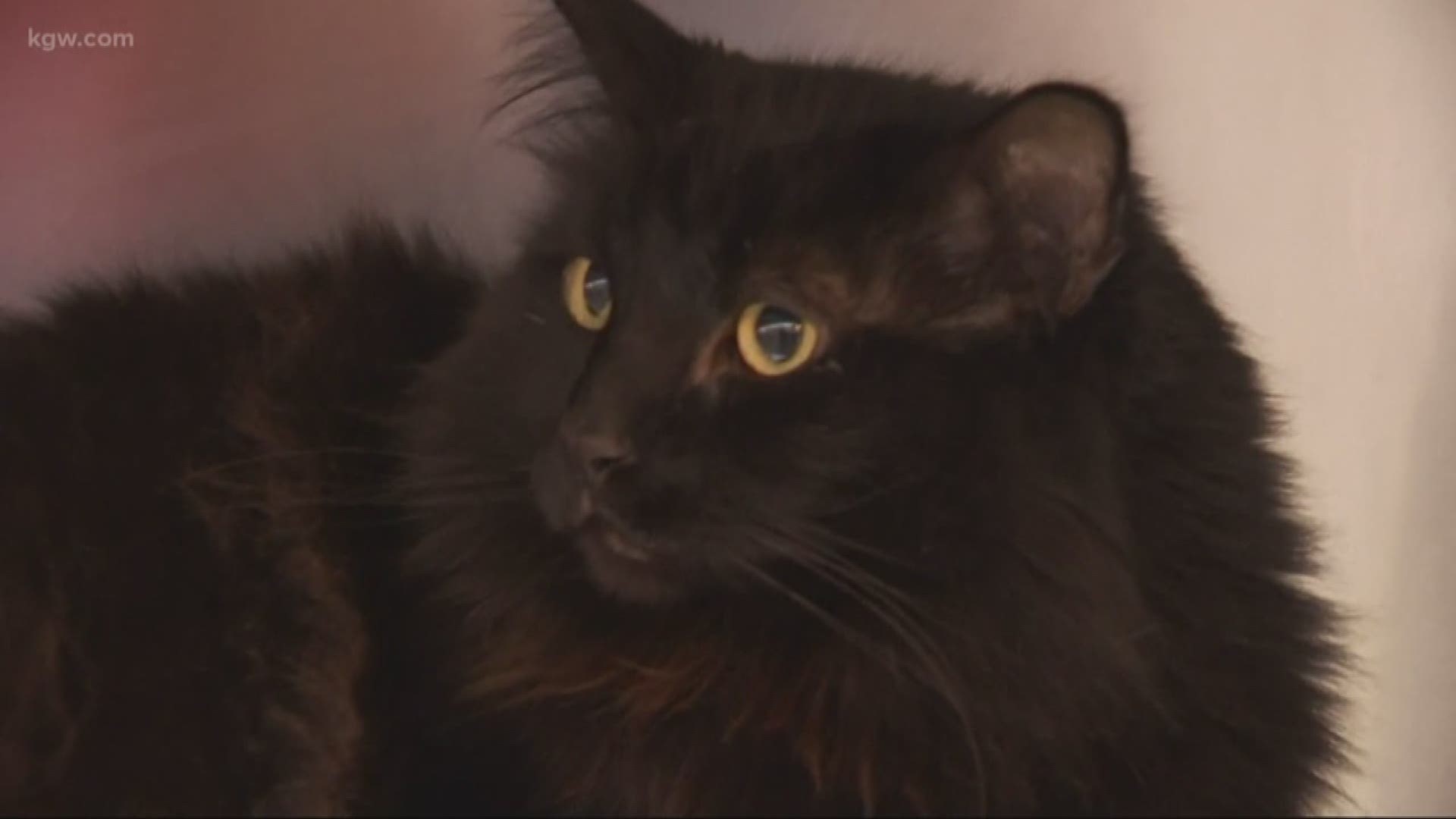 PORTLAND, Ore. — On Tuesday night, Viktor Usov will reunite with his beloved cat he has not seen in about five years.

It seems like yesterday that Usov walked into the Oregon Humane Society and locked eyes with the cat he would eventually name Sasha.

"He had hair coming out of his ears," Usov said. "A huge belly probably full of worms."

Sasha became part of the family in no time.

"He'd always greet you at the door with his little tail wagging," said Usov. "Loved his belly scratched."

The fun lasted only a year. Usov says Sasha went for a stroll and never returned. Usov figured a coyote got to Sasha. Usov moved on, but a few weeks ago, five years after Sasha vanished, the phone rang.

"We have this long haired black cat ... it's attached to your name on its microchip," the voice on the line said.

It was Sasha. The cat turned up in Santa Fe, New Mexico, more than 1,300 miles away from Portland. An animal control officer found Sasha on the street and brought him to the local animal shelter.

"He was very mad when we picked him up," said Murad Kirdar of the Santa Fe Animal Shelter. "He's not skinny ... definitely been eating."

Nobody knows how Sasha made it to the Southwest. All Usov can do is guess.

"He went on a grand American adventure," Usov said. "He stopped by the Grand Canyon, Crater Lake, he saw the monuments, all the national parks, definitely Redwood Forest."

Sasha will now make his way home to Portland. Usov cannot wait. It is a reunion five years in the making.

"I will recognize him for sure," Usov said.