York was an enslaved member of the Lewis and Clark expedition. He was the first Black man to cross North America. 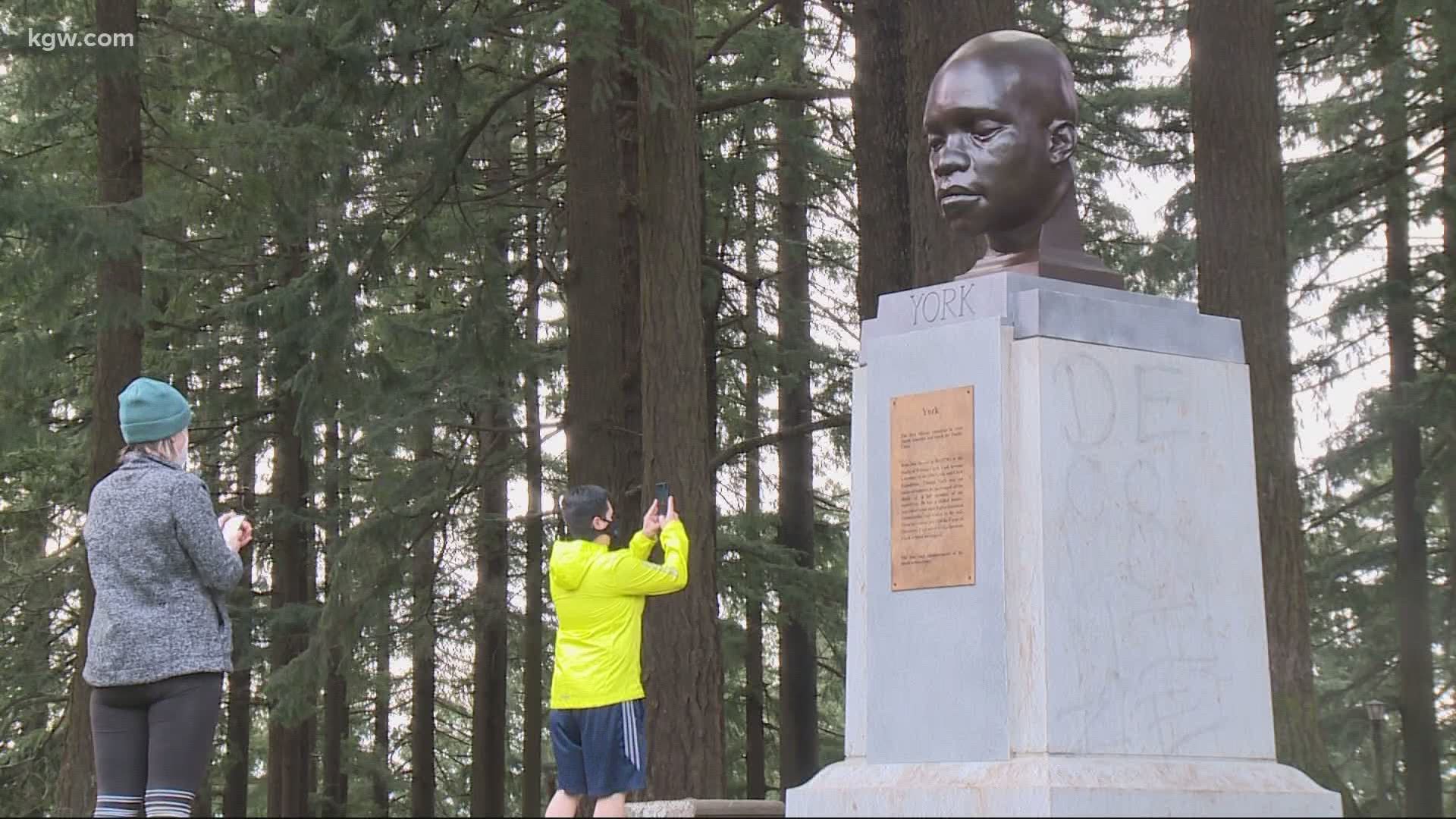 PORTLAND, Ore. — Months after the Harvey Scott statue was toppled at Mount Tabor Park, a new bust mysteriously appeared in its place over the weekend.

“A statue of York was put up over the weekend by parties unknown,” said Oregon Historical Society executive director Kerry Tymchuk. “Our opinion is anytime people are talking about history, it's a good thing, because it's a fascinating topic.”

Tymchuk is interested and fascinated by the new statue, and offered some historical perspective.

“Who was York? York was of course a member of the Lewis and Clark Expedition corps of discovery," Tymchuk explained. "He was a slave, had been William Clark's manservant, and his father before him was a slave to Clark’s father."

York was also the first African American to cross North America and reach the Pacific Coast. It’s evident from historical journals, York was invaluable to the expedition.

“The journal entries from the time talk about what he did that helped," said Tymchuk. "The Indigenous people they encountered were quite impressed by him and trusted him, and he was given duties on the return trip as their supplies were dwindling. He was given the duty of trading with the Indigenous people to make sure that they had enough provisions to allow them to survive. Of course there were those who really wanted to downplay his contributions … he was an integral part of the expedition, no doubt about it.”

As of now, Portland Parks and Recreation has no plans to take it down, saying it’s an important piece of art reflecting the history and contributions of people of color in our community.

“It certainly took an entire team,” Tymchuk said. “It wasn't just Lewis and Clark on their own. It was York, it was Sacagawea, and it was the entire corps of discovery that came with them. It took the old saying, ‘it takes a village.’ It took a lot of people to make the most part expedition happen … we're all part of the solution. We're all part of the team, just as they were back in the days of Lewis and Clark.”