With river levels low this time of year, now is the time to clean up the river banks before the spring runoff. 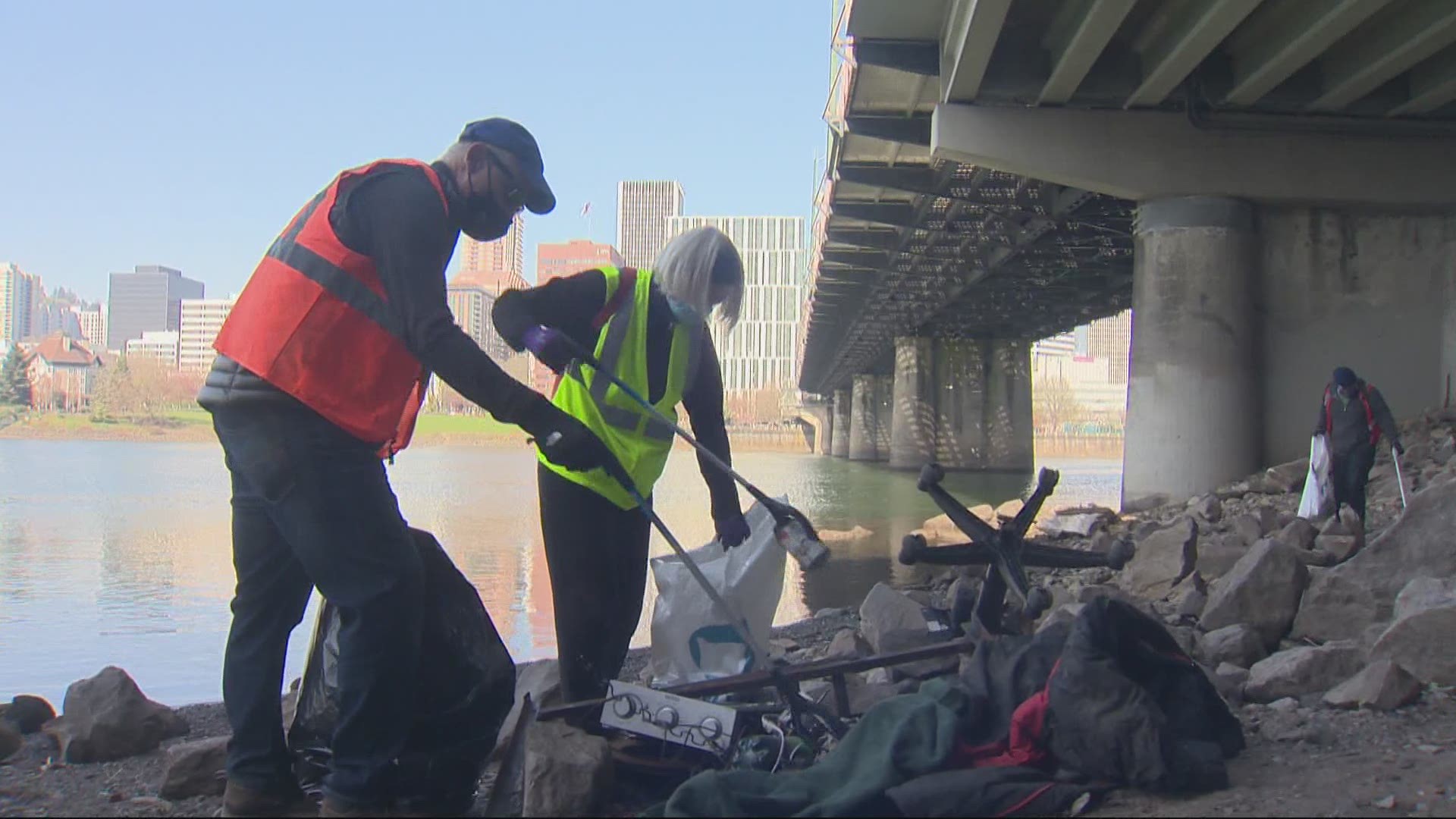 PORTLAND, Ore. — It was a dirty job, but dozens of volunteers were happy to do it. They were with several local organizations who came together to clean what have become some pretty dirty beaches along the Willamette River in downtown Portland.

"Just like all around Portland, we're disappointed in the appearance of some of these beautiful places," said Dieter Hoffman who was volunteering with the clean up.

The goal was to pick up not just pounds but tons of unsightly and, in some cases, unsafe trash. The pandemic has led to the build-up of trash in many parts of the city and the beaches have been no exception.

With river levels low this time of year, now is the time to clean up the river banks before the spring runoff. Once the level rises, trash left on the banks will be swept into the river.

"The trash along the river bank that's not picked up will be in this river in the next two to three weeks," explained Willie Levenson with the Human Access Project, the river advocacy group that led the cleanup.

"This is stuff that's accumulated probably since the beginning of COVID," he said.

The group is also working with those living in the camps along the beaches to find a safer place to go.

"Right now, we're taking the first step to clean up the debris," Levenson said. "We're working around homeless camps and communicating with them to allow them to get rid of things."

The group plans to clean up Portland's beaches once a week from now through the summer. But it will need help from volunteers.

"This is everybody's opportunity... to get involved and pick up a little trash," said Levenson. "If everyone did a little, we're going to clean this up a heck of a lot faster."