From San Francisco to New York City, many bars and restaurants are starting to require proof of vaccination as fear over the delta variant rises. 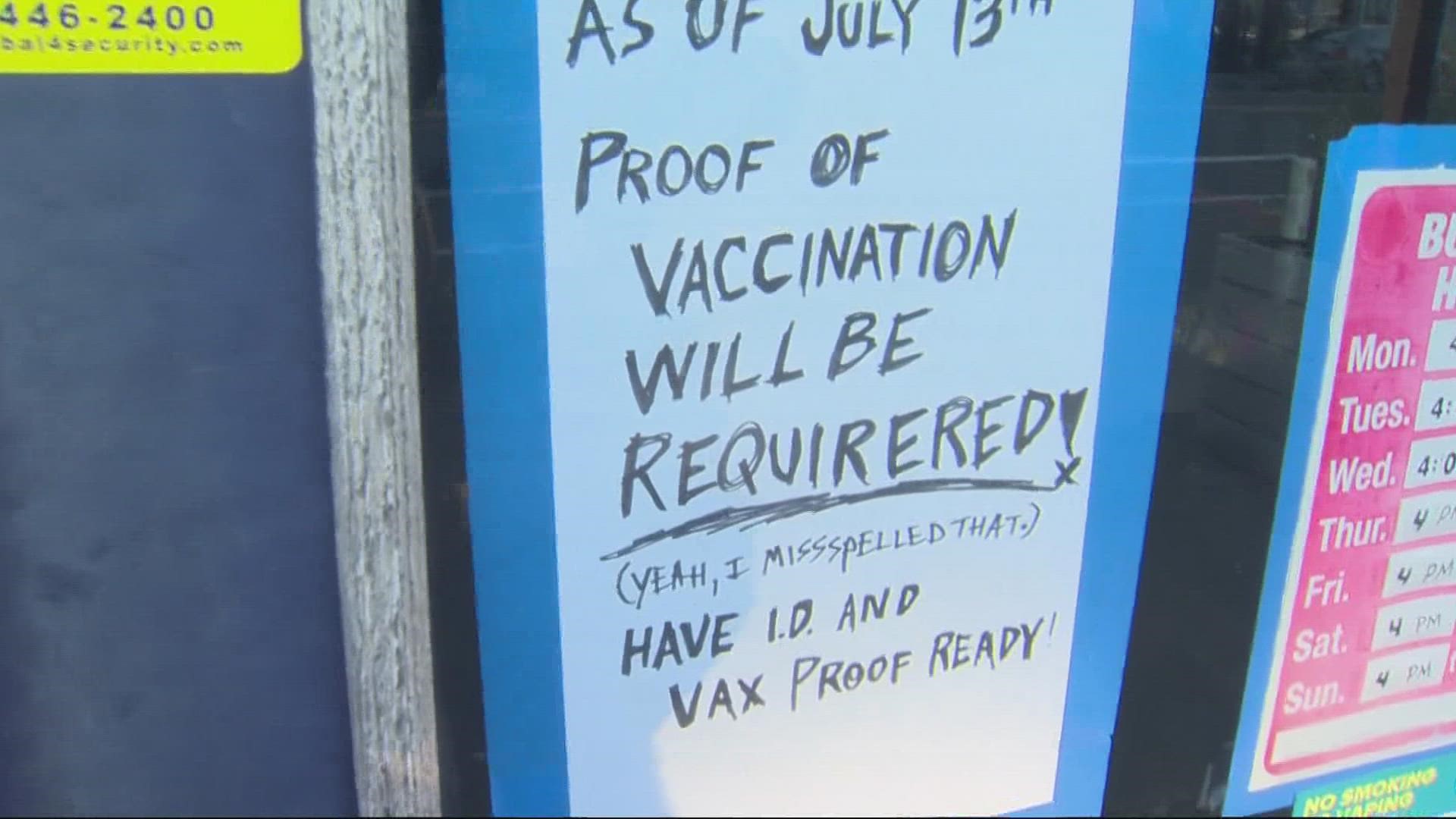 PORTLAND, Ore. — As COVID-19 cases surge and concern over the delta variant continues to rise, there's a growing trend among bar and restaurant owners; many are starting to require customers to show proof of vaccination to get in.

In SE Portland, bar and music venue Misdemeanor Meadows has been requiring customers to show proof of vaccine since July 13. At first, it was just for live music events but co-owner Jesse Powers-Taylor said the response was so positive, they made it an everyday requirement.

“We lost a very small percentage of our regulars who were not vaccinated,” said Powers-Taylor. “But that's their choice and this is our choice.”

RELATED: Kaiser Permanente will require all employees and physicians to be vaccinated against COVID-19

Besides protecting customers, Powers-Taylor has young grandchildren whose health he doesn't want to risk. He said among those who don’t support the requirement, some have left rogue negative reviews and one-star ratings.

“I've been called a bootlicker,” said Powers-Taylor. “I do lick the boots of science but yeah, one guy flipped me off because he didn't get the vaccination ‘For spiritual reasons,’ I don't quite know what that means.”

Other bars and restaurants have tried requiring proof of vaccination only to revert back to just requiring masks because of so many angry customers.

“We actually encountered a lot of hostility,” said Sepal Meachan, owner of Paymaster Lounge in NW Portland. Meachan said they stopped checking for proof of vaccine last week after doing so for a month.

“We just want everybody to be healthy and to get back to normal as quickly as possible and not go backward,” said Meachan. “So it's pretty frustrating that it feels like we're going a little bit in the other direction now.”

Powers-Taylor said he'll continue to require proof of vaccination from customers as long as the pandemic remains a threat.

"I try to be optimistic but I'm rather realistic," he said. "I don't know if it'll be done in this year."