‘Women in STEM exist. We do great things’: Portland author and inventor hopes to inspire girls in STEM

February 11 is the International Day of Women and Girls in Science. A bioengineer and author is leading the way for girls in STEM with a little inventor named Abby. 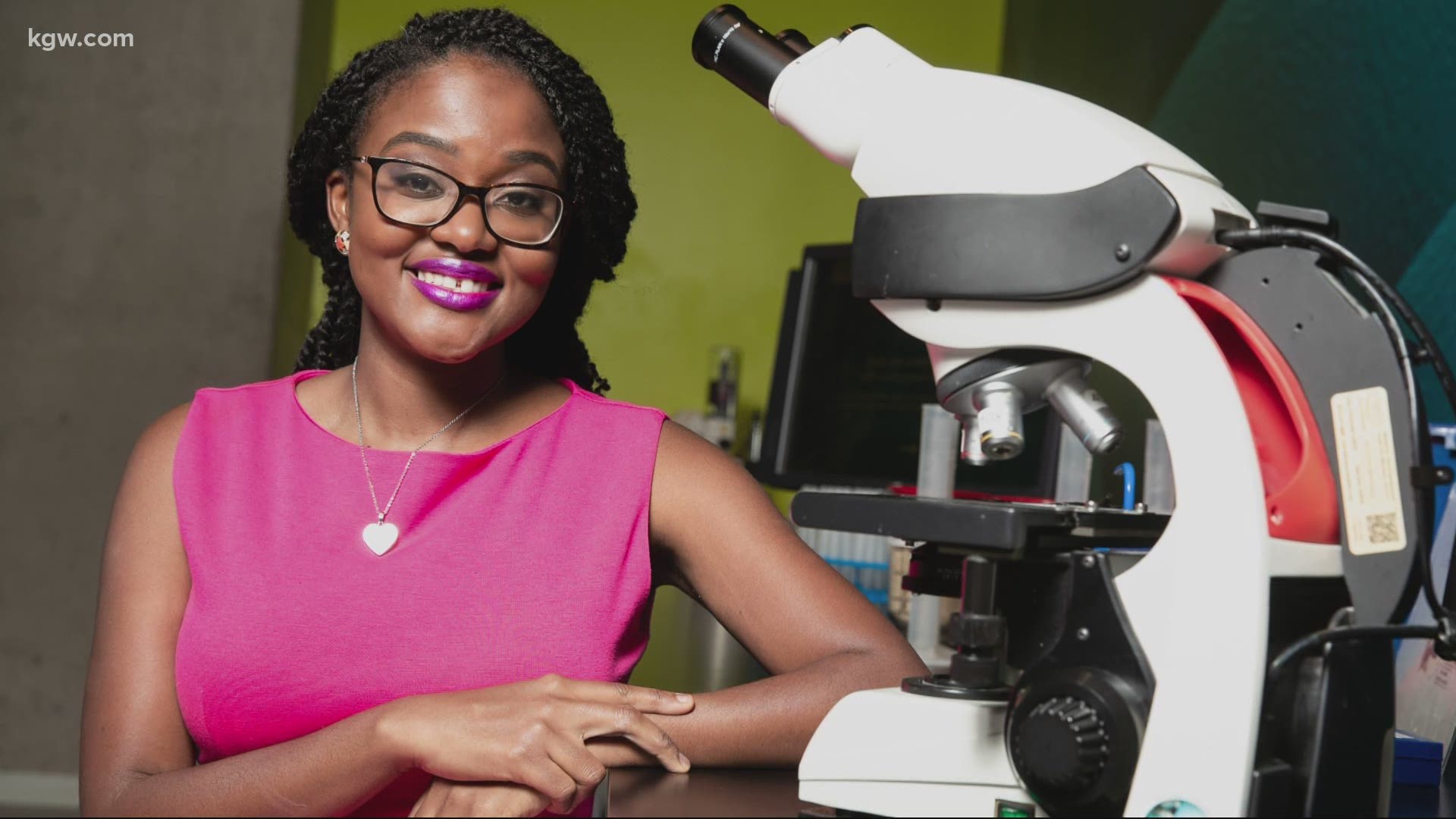 PORTLAND, Ore — “Since I’ve become an inventor I’ve been on a mission, really, to just change the perception of what inventors look like,” Arlyne Simon said.

Simon is paving the way for girls with a love of science and curiosity for problem-solving.

“Growing up I didn’t know any inventors or any female inventors for that matter,” she said.

Girls cite a lack of female role models in STEM as a key reason they do not pursue a career in the sector, but Simon is changing that.

When trying to describe Simon, the word impressive doesn’t really do her justice. She is a biomedical engineer working in tech, an inventor, and the author of Abby Invents; a picture book series that puts a young black inventor in the spotlight.

As a little girl, growing up in the Caribbean, Simon says she fell in love with biology because she was fascinated by butterflies. She was able to fulfill her passion and has become a leader in STEM.

Now, a successful role model, but she says that seeing herself as an inventor was not always a clear view and she is not alone.

#InternationalDayOfWomenAndGirlsInScience is Thursday! Today on @KGWNews at 4 I'll introduce you to @ArlyneSimonPhD, a Portland biomedical engineer, inventor, and author of #AbbyInvents.

“Typically, girls only pursue careers when they can picture themselves in these roles,” Simon said.

82.7 percent of girls and women think it is important to see girls/women in STEM in film and television, but only 37.1 percent of STEM character portrayals are female.

“The statistics for women of color in science is very minimal. We definitely have a racial gap and a gender gap, and not just in science, but in inventing,” Simon said.

Studies show only 12 percent of inventors are women and the number of female inventors of color is even lower. But a little inventor named Abby has the ingenuity to disrupt those statistics.

“Abby essentially is a problem solver,” Simon said. “She looks around the world and identified problems kids want to solve.”

In her first picture book, Abby Invents Unbreakable Crayons, Abby uses science to create a new kind of crayon that cannot. Through a few challenges and a lot of trial and error, Abby wins her very first patent.

“So, in every book, I make sure that she fails a lot because it’s very important for me to normalize failure,” Simon said.

At the beginning of February, Simon released her second book in the series, Abby invents the Foldibot.

“Every book she gets a patent,” Simon said. “So, I get to demystify the patenting process for kids and just show kids that if I can be an inventor. If Abby can be an inventor, then, they can be inventors too.”

Simon created Abby to be a remodel for girls in science, particularly young girls of color, but Simon herself is filling that role in real life.

She’s an American Association for the Advancement of Science If/Then ambassador.

“We are an army of women, essentially, who are all innovators and engineers and scientists that scientist you name it. We embrace truly what it means to be a woman in STEM,” she said.

Thursday, February 11th is International Day of Women and Gils in Science. To celebrate, she and her fellow ambassadors will play a game of tag on social media by sharing photos of female inventors.

Simon’s inspiration: African American inventor Marian Croak. She is the VP of Engineering at Google and invented the technology many of us use every single day to communicate online. It’s called Voice Over Internet Protocol. Essentially, it’s the technology that allows us to communicate with audio and video over the internet.

The social media campaign is another way Simon hopes keep inspiring the next generation of inventors, scientists, doctors, and leaders in STEM.

“Women in STEM exist. We do great things,” Simon said. “And that’s going to inspire them and motivate them to continue along that path as well.”

Simon is also the founder of Timouns.com. That’s where you can buy your very own copy of Abby Invents!