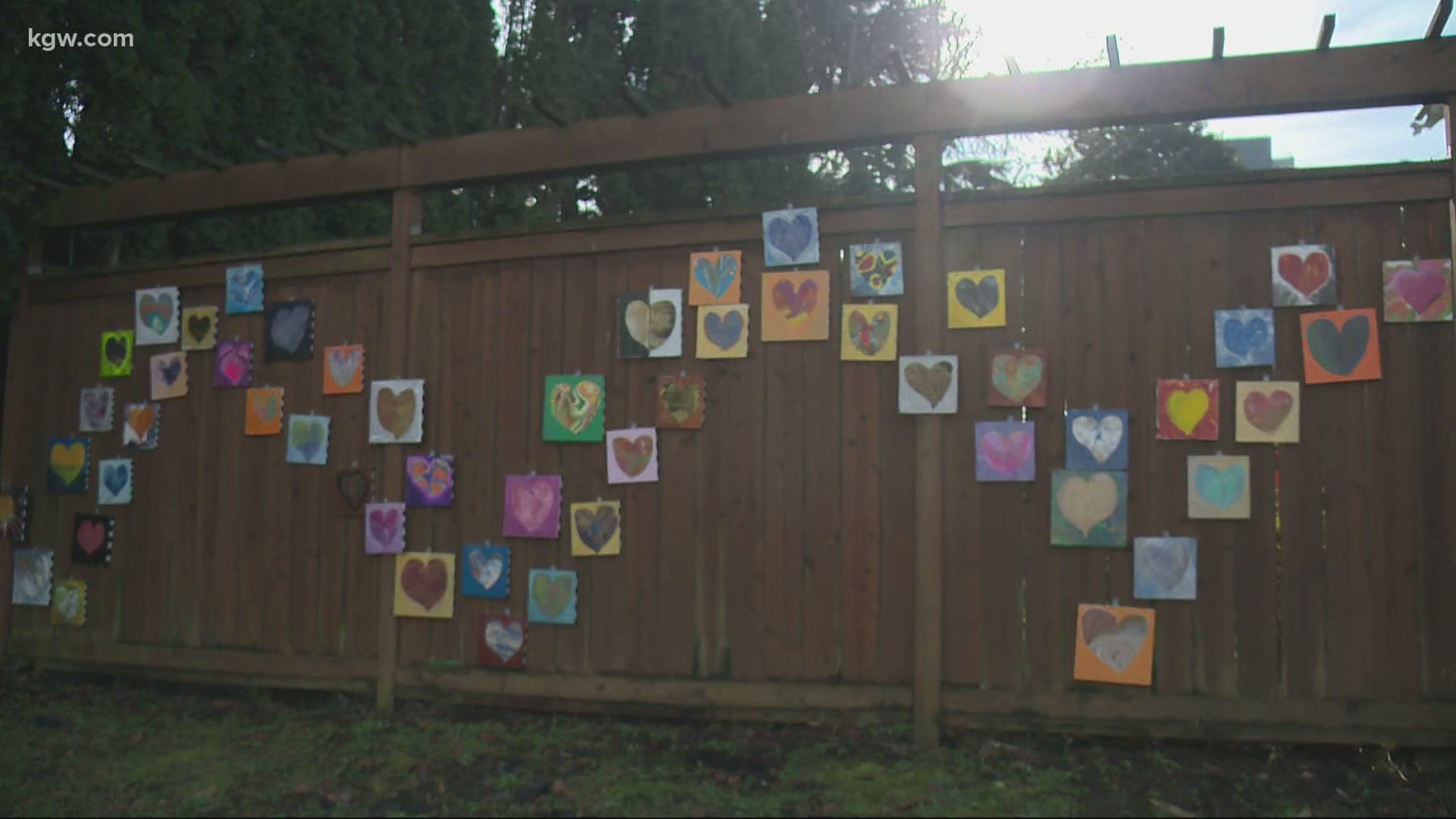 PORTLAND, Ore. — Throughout 2020, Jan Trullinger Dwyer has just been trying to bring more color into an otherwise dark year.

Back in March she began painting a heart to represent each life lost to COVID-19 in Oregon. At first it wasn't much.

"March and April and May, I was doing one, two, maybe three in a day. And we'd have days where there wouldn't be any."

She'd take each heart that she painted and display them on the front porch of her Northeast Portland home. They soon began wrapping around and over the front door and soon took over the entire porch and walls.

RELATED: Portland artist paints hearts to honor those who died from coronavirus in Oregon

Each heart is unique, painted on a different medium, sometimes canvas, others on weather-resistant plywood, each one though representing a person that has died from COVID-19.

"I kept thinking, if I'm feeling overwhelmed painting hearts, imagine the healthcare workers trying to save the people that these hearts represent and the families who have these heart-shaped holes in their lives for people they've lost." Dwyer said.

With over 1,100 deaths reported in Oregon, and as many as 36 being reported in a single day, Dwyer soon found herself falling behind. Each heart takes about an hour to paint she says.

"I'm about 800 right now and I was sinking really fast once November and early December came."

November has been the deadliest month for COVID-19 deaths in Oregon. The Oregon Health Authority has reported nearly 300 in the month of November.

"There was no way I was going to keep up. So I've started doing multiple hearts on one canvas and that's more doable."

Each day she reads the newspaper or checks the Oregon Health Authority's daily report for the latest numbers. Instead of one heart per canvas, she'll paint the daily number reported that day on a single canvas. She doesn't see the hearts as a reminder of death, instead, she sees the positive.

She's running out of room on her property, the hearts fill the windows of her home. They wrap the columns on her front porch, line the fence outside her home.

"The main thing I need help with is, I've run out of places to put hearts and I'm hoping I can get some folks in my neighborhood or throughout Portland that would like to adopt some hearts for a while."