Portland and Portland State have a shot to play basketball again

Division I schools have the opportunity to possibly play again as PAC-12 schools can under the Oregon COVID-19 regulations. 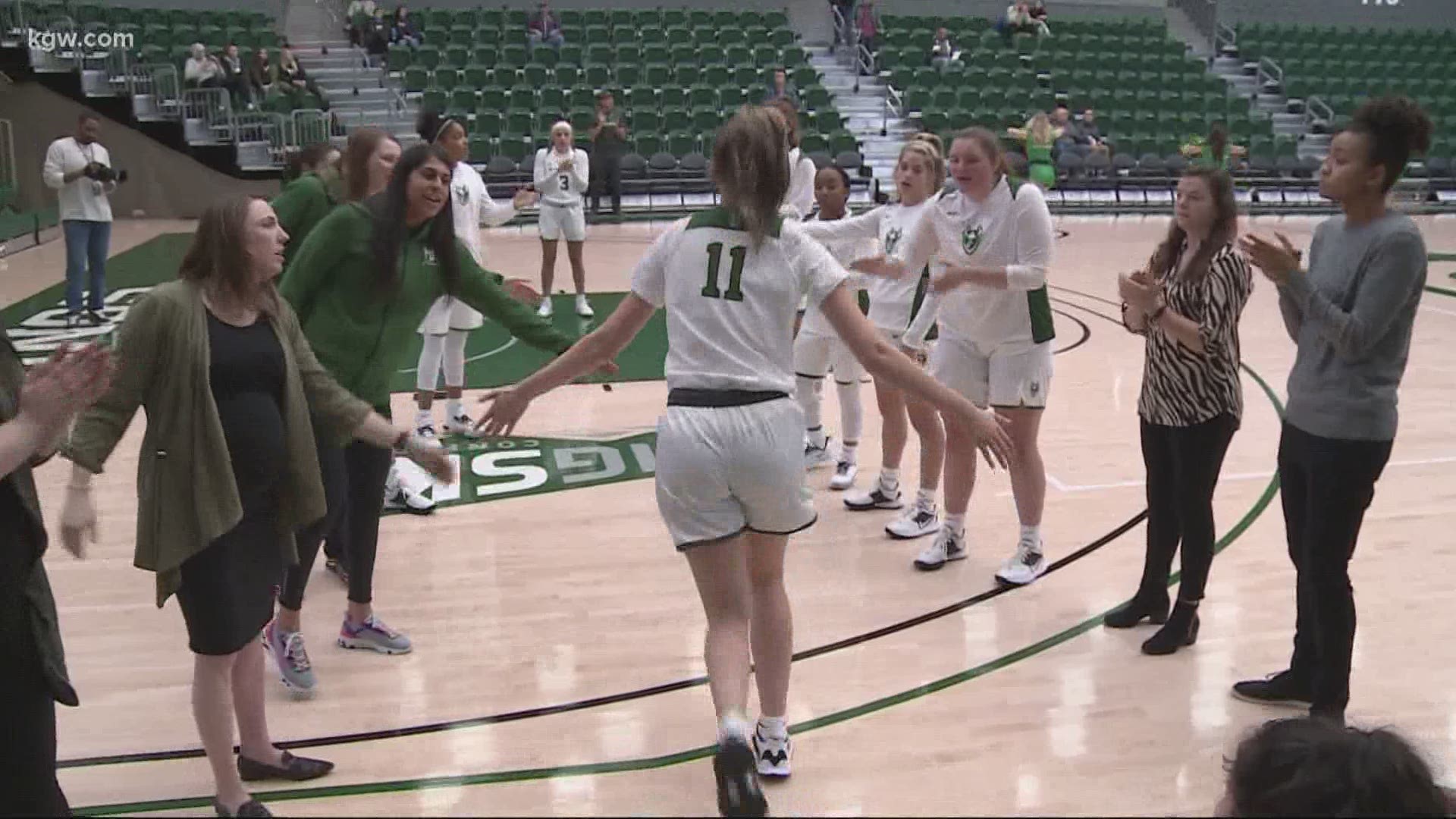 "It's a huge relief," said Scott Leykam, University of Portland director for athletics.

"The frowns definitely turned upside down. I've talked to the teams three or four times in the last week and even I was starting to lose faith. I told them to hang in and it's going to happen. You can only say that so many times, but it was nice to finally deliver the good news."

Neither UP nor PSU basketball teams have been allowed to have full-contact practices due to state guidelines regarding the coronavirus pandemic.

The Oregon Health Authority updated its sports guidance to include all of Oregon's Division I schools, not just the state's Pac-12 schools. Oregon and Oregon State men's and women's basketball teams have been practicing for a few weeks.

"That was our issue, if they had said no basketball for anyone, we understand. We take our lunch boxes and wait for the go ahead, but the concern was equity. Some schools could play and some couldn't. We're glad that's been rectified," said Leykam. "Oregon was the only state that selected schools to play and certain schools not to play."

In a statement from Oregon Governor Kate Brown, she said "Because Oregon’s NCAA Division I schools have brought forward COVID-19 health and safety plans requesting the opportunity to resume practice and competition, I am extending the Pac-12 exemption for college athletics to all Division I schools in Oregon because it is only fair to give Portland State University and the University of Portland the same opportunity that Oregon’s Pac-12 schools have had. I want to stress that this exemption does not automatically grant these programs the ability to practice and play. They must first work with the doctors and health experts at the Oregon Health Authority and demonstrate that they have met the same standards of health and safety as Oregon’s other Division I programs."

Both Portland State University and the University of Portland say they have submitted their plans to the OHA.

"Our impression is we'll hear back in the next week," said Leykam. "I don't think there will be any issues with our plan. That's the early word we've seen, so we're planning to be full-go in a week."

That would give the men's and women's basketball teams enough time to get ready for the upcoming season.

"Just enough time," said Leykam. "Three weeks, the way our weight coaches and trainers have planned it, will be enough."

While the state's Division I programs will have the chance to resume play in 2020, the Governor's exemption does not include Division II or Division III schools or high schools in the state.

"So much of this pandemic has been unfair. I hope that, in the future, I will have better news for our youth athletes. But first, we need to get COVID-19 under control,” said Brown.