A lease agreement will have two new buildings under construction on the Vancouver waterfront later this year, with more to come. 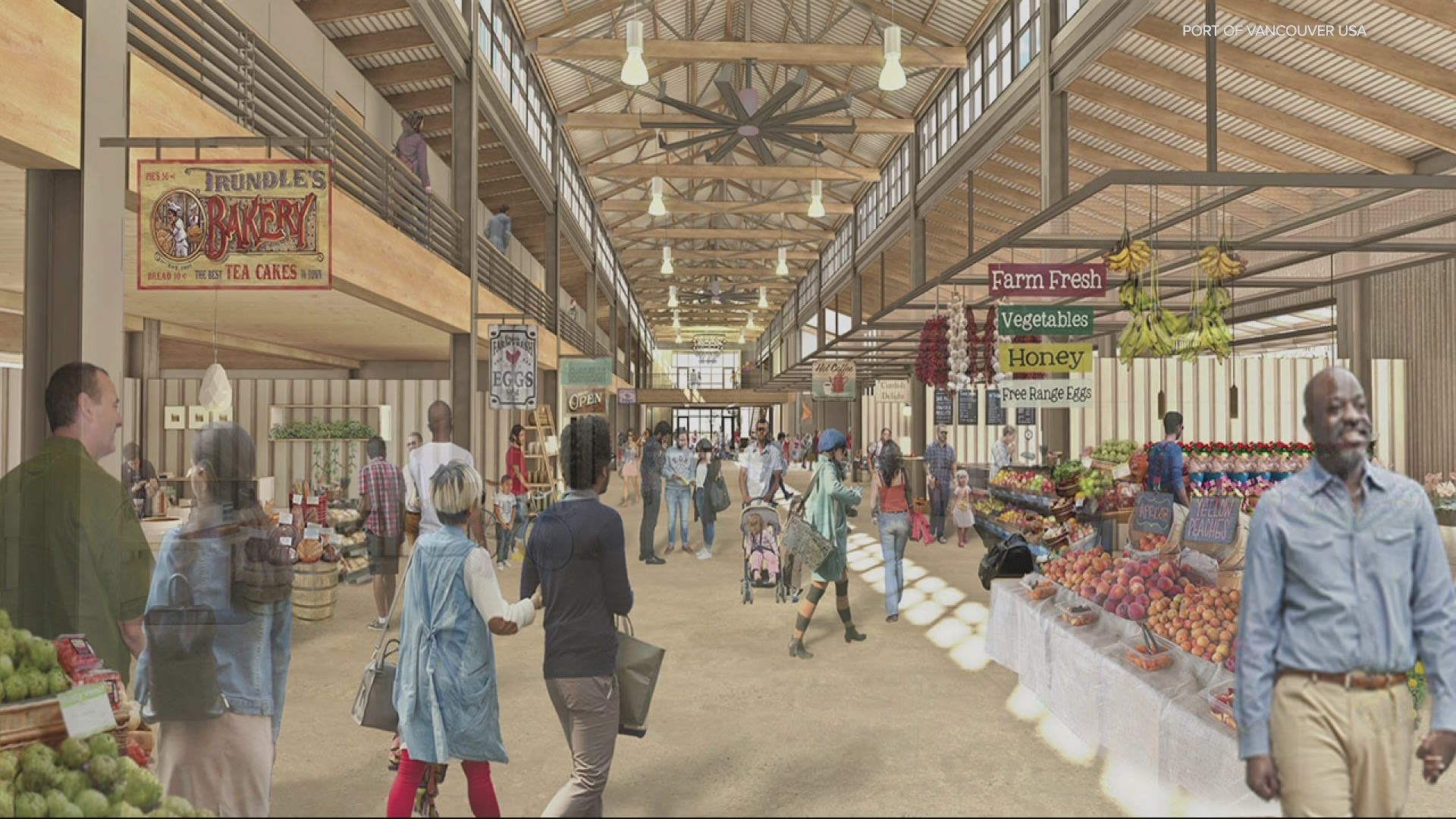 VANCOUVER, Wash. — Vancouver's waterfront continues to be rebuilt with community and tourism in mind. Commissioners with the Port of Vancouver USA recently approved a lease agreement adding two more buildings.

A 3D animation of what's to come has been helpful in the design process. It shows how the Vancouver waterfront will eventually be in a 10-acre area close to the Interstate Bridge called Terminal 1. The land is owned by the port; it's where the port began more than 100 years ago.

“One of the major exports was prunes and a variety of other cargos over the years, but it was a working warehouse and it has become hotels, restaurants, event space, so it's had a lot of life and had a lot of history here. And we're excited to keep that alive and have it in a new iteration now,” said executive project sponsor Jonathan Eder, who is leading the Terminal 1 project for the port.

Construction workers are currently building the AC Marriott Hotel at Terminal 1. The eight-story hotel is set to open next spring.

RELATED: 'Street Eats' a new tool for Vancouver restaurants to get the word out

And a 50-year lease deal approved by port commissioners this month will have developers creating residential, office and retail space in two eco-friendly buildings off the waterfront. Renderings show a modern design with a connection to the environment, a grand staircase and native plantings. The work on this project should begin late this year and completion is anticipated to be early 2024.

Also later this year, deconstruction begins of the old Red Lion Hotel, and the dock next to it will be rebuilt. The plan is to finish the roughly $500 million port project with something special out over the water for the local community and those who come to visit.

“And then on top of that (dock) will be the marketplace building which is a 30,000 foot building, which should really be phenomenal, really a crown jewel for this development I think a really exciting piece and public amenity that will be fantastic,” said Eder.

The Vancouver waterfront west of Terminal 1 has become a draw with what's already been built there: the restaurants, other businesses and housing growing around the Grant Street Pier which suspends over the Columbia River which opened two years ago.

And port officials say the future will be even better. But be patient. Completion of the entire Terminal 1 project is five to ten years away.