Detroit-style is square, baked in an oiled, steel pan, with crunchy cheese crust, not layered like Chicago-style. Now you can make it at home! 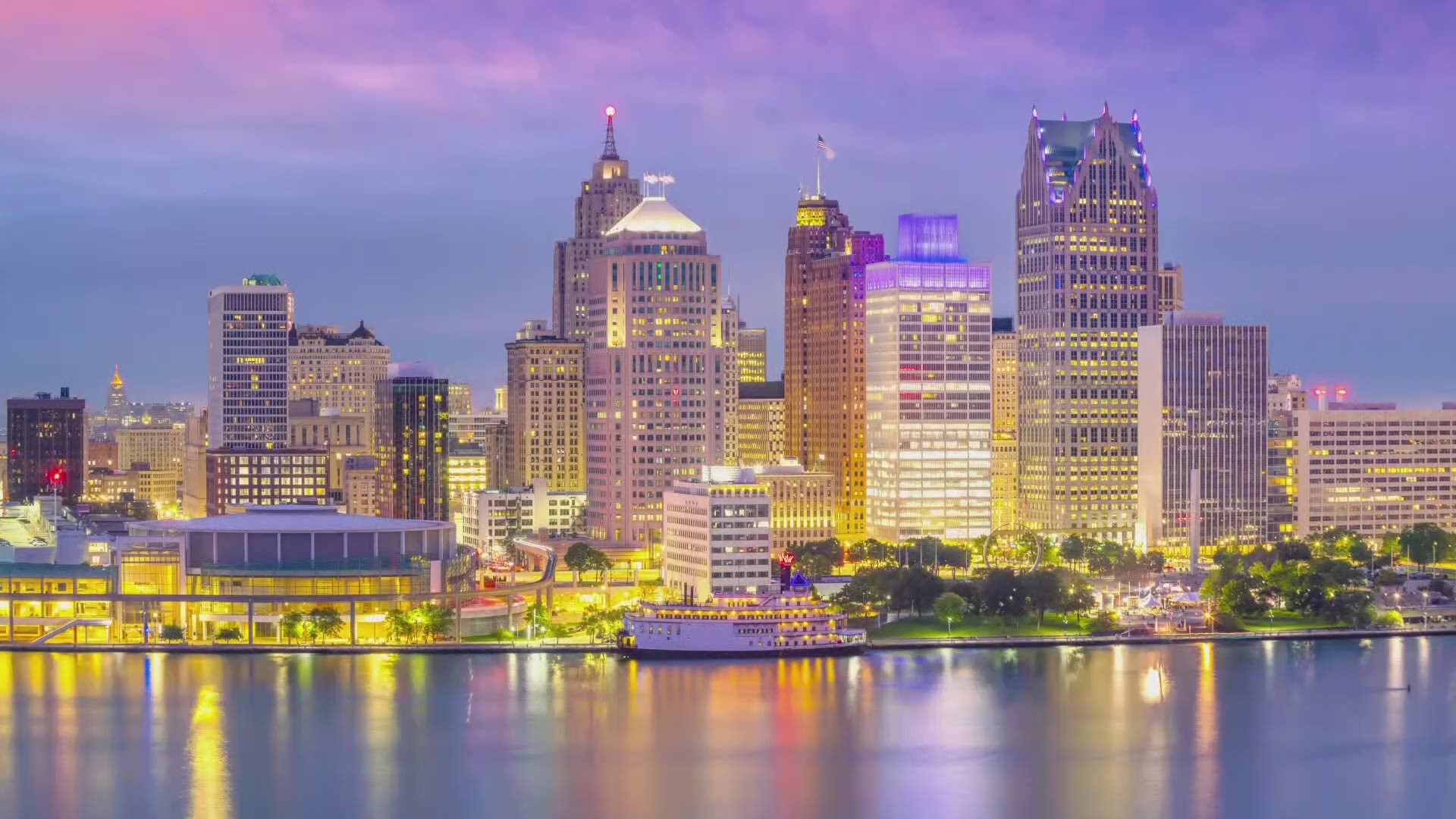 PORTLAND, Ore. — Detroit, Michigan. AKA Motor City, Motown, Rock City. The heart of blue collar, hard work. Steel mill workers also gave it a signature pizza pie. "Detroit pizza is baked in a pan, and it's crunchy on the bottom and it has a crown of cheese crust on the top." Marius Pop grew up on Detroit-style pizza and opened Pop Pizza this summer on S.E. Morrison near the bridge in Portland. "I have family in Detroit, and I lived in Detroit for awhile."

Pop Pizza has gotten a lot of local Instagram love with it's bold-colored red and white boxes, the graphics are fun and carefree and they launched sweatshirts for adults and kids that simply say 'Pepperoni' on them. (You also have to try the chocolate chip cookie square. A pizza-sized, thick cookie that arrives warm and gooey just out of the oven.)

Pop Pizza has been operating pandemic-style with only takeout or DoorDash delivery for their 6 kinds of pies (gluten free versions of each as well) and salads. Now they've just launched DIY pizza kits to take and make at home. $60 for cheese, $65 for pepperoni, and that's because it's all about the aluminum pan you'll have forever.

"The cool thing about these pans is they're kind of the industry standard when it comes to Detroit style. They're also local, made in the Northwest," says Pop. They're made in Spokane by Lloyd Pans.

Credit: Nina Mehlhaf
A DIY pepperoni pizza kit from Pop Pizza comes with all the ingredients you'll need to at home, including the famous pan.

Your kit comes with everything you need and it's easy. Brush the oil so it covers the bottom. Sprinkle their flour onto your counter...and plop that dough ball out. Don't be shy with the flour, this dough is sticky....and press it into a rectangle. Drop it back in the pan, and here's where you need to plan ahead. The dough needs to rest in the pan, on your counter at room temp for 2-4 hours.

Then comes the true Pop Pizza secret, in the form of Wisconsin brick and mozzarella cheeses. "I would just encourage people to put the cheese up along the edges of the dough and touching the sides of the pan. The caramelization you get from the cheese up against the pan is characteristic of Detroit."

Pop then spoons the red sauce down in two "racing stripes" and then uses the back of a ladle to spread it evenly, but keep it about an inch from the sides. Put the rest of the cheese over the pizza like normal. And if you're making pepperoni....layer them closely together, they'll curl up into little cups when baking.

Pull it in a 450 degree oven for 10-12 minutes....and it's perfect! Slide that bad boy out with a spatula, cut into 6 large squares. It's a great family activity while so much is closed, that only dirtys one dish. Detroit rock city....you taste good! Learn more on their DIY kits here.