Scientists, to analyze the health of grey whales, scoop their poop with enthusiasm. 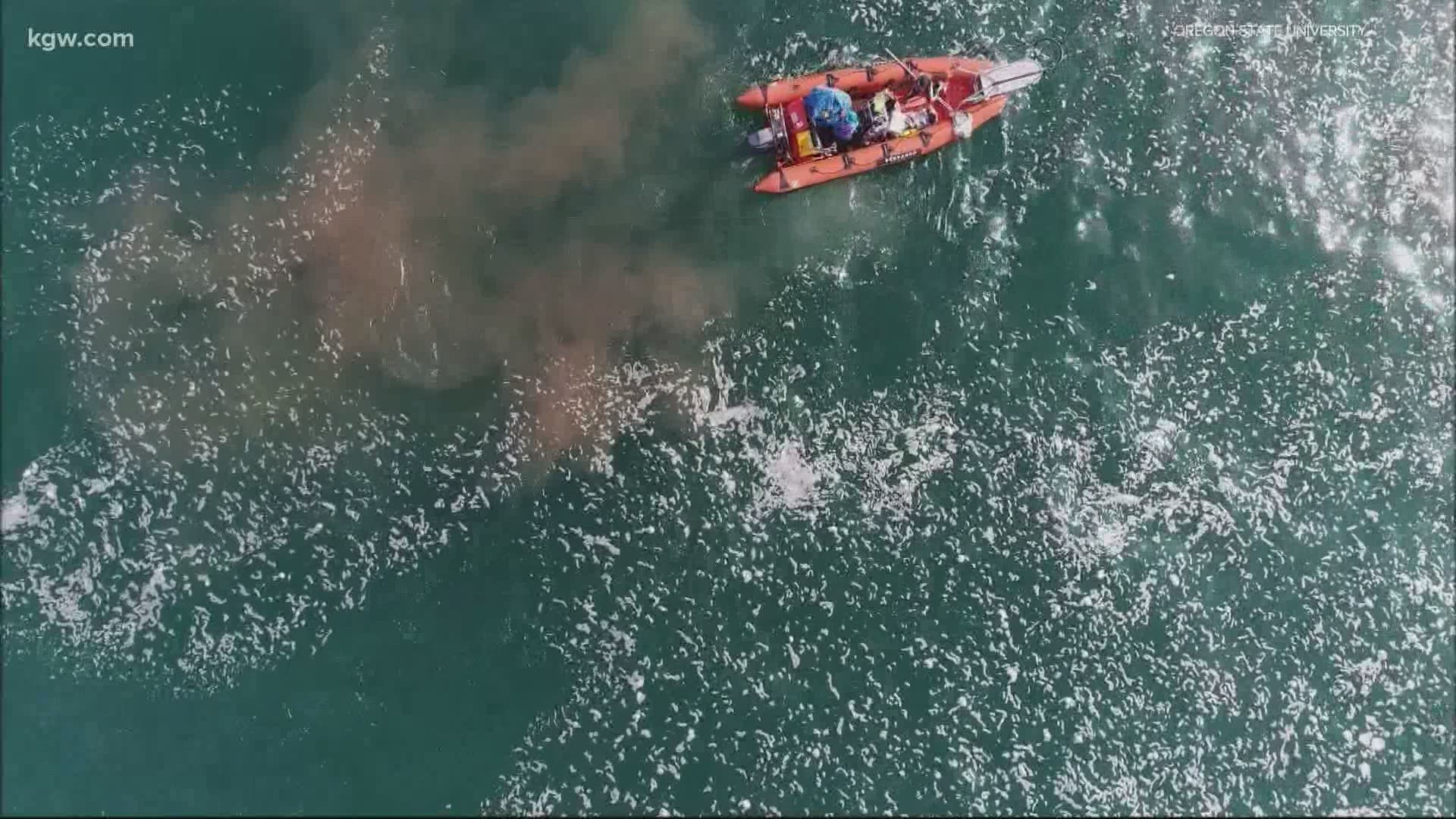 Whales have been dying by the hundreds off the west coast in recent years and scientists are tracking down the cause by using poop.

"We're always looking for this brownish-red plume to escape from their rear end," said Leigh Torres, a marine ecologist at Oregon State University.

They are moments Torres and her fellow Oregon State University researchers wait for every summer.

Torres is talking about the feces of gray whales.

Over the last five years, the researchers have followed the whales off the coast of Newport scooping up their poop.

Drones flying above alert the scientists when the job is done.

"We have two mesh nets, like a pool net, at the end of a long pole and we move that back and forth in the water trying to collect as much poop as we can," she said.

And when they scoop all they can get, they then analyze it.

Their goal is to find out just how stressed-out the whales are.

"For this study, we analyzed the hormone signals in over 150 samples," she said.

Torres cited one example of a sample collected from a whale when it was healthy and a sample from the same whale after it had been injured, she believes, after being struck by a boat.

"What we saw was that the hormone levels in that individual with the injury were three times higher than what we had ever measured for that individual before," Torres said.

"If there's all this noise in their environment, to them it's like living in a rock concert their entire lives, and they might not be able to do their normal life history functions and ultimately their populations could decline," she warned.

The researchers hope their work will give us a better understanding of what is too loud for the whales and if we need to change our ocean practices to make sure the majestic animals survive.