Results show 28% of voters are still undecided about the mayoral candidates. 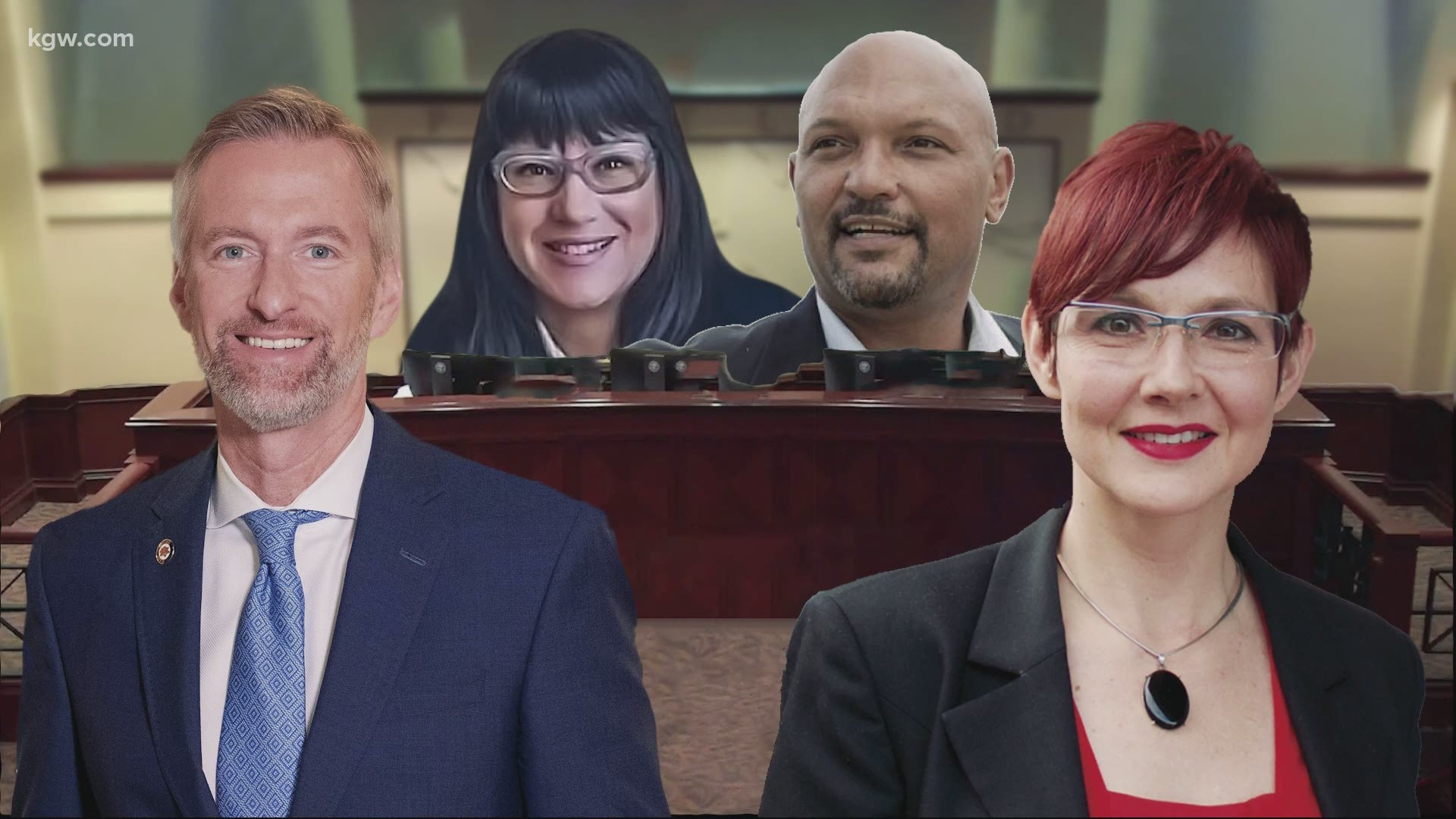 PORTLAND, Ore. — The race for Portland mayor appears neck and neck, according to a recent DHM Research poll, with Mayor Ted Wheeler's challenger, Sarah Iannarone, leading by a slim margin.

The poll, commissioned by Oregon Public Broadcasting, showed Wheeler with 33% of the vote and Iannarone with 34%. But even with such a small margin, that doesn't necessarily mean it will be a close race because 28% of people are still undecided.

OPB's Jeff Mapes weighed in on why there is such a high number of voters who are undecided about the mayoral race so late in the election season.

"I think part of it is that Sarah Iannarone is not as well known, and so I think there still is some questions about that. And I think frankly, from the voters I talked to earlier this week, there is some uncertainty about whether they agree with her," said Mapes. "She is running considerably to the left of Ted Wheeler, and I think there are a fair number of voters out there who are not happy with, particularly what's been happening over the last several months under the mayor's watch, but they're not sure she's an alternative that they can vote for."

On Friday morning, Wheeler and Iannarone participated in a virtual debate led by NowThis in which they were both asked about policing.

Wheeler was asked if he still had control over the Portland Police Bureau. He responded, in part, by saying the level of oversight and accountability he has over PPB does not exist to the degree people think it does.

"In the areas that I do control around taking people off the streets, around adding directives to the Portland Police Bureau in terms of standing up demilitarized options or investing in community, I have that under control," said Wheeler. "And those are levers that I've pulled during my administration. I'm going to continue to use the tools I do have at my discretion as a "weak mayor" under a weak contract that seeds a lot authority to the police union itself, but I think we're making progress in the right direction and I'm not doing it alone. I'm doing it with all my colleagues on the Portland City Council."

Iannarone was also asked how she'd handle leading PPB as Portland's mayor. While the mayor traditionally leads the bureau, Iannarone said she would assign its leadership to Portland City Commissioner Jo Ann Hardesty, a controversial decision as both women are critics of PPB.

Over the summer, Hardesty apologized for accusing police of starting a fire themselves in their own union headquarters during a violent protest, which was not true.

With that, Iannarone was asked during Friday morning's debate if she thought she and Hardesty could control the police.

"I do believe we're actually doubling our power by having a non-mayor police commissioner and a mayor working in tandem," said Iannarone. "Right now, we have singular, as the mayor who is also functioning as the police commissioner. Commissioner Hardesty is undeniably a force to be reckoned with. She brings a great deal of experience in this realm. I am unequivocal in my commitment to police reform, community safety and racial justice, and then again, along with DA Schmitt, I believe that that triumvirate of progressive reformers who are elected to reform progressively is going to be a formidable force for change in the next four years of Portland."

Though the poll results are unfavorable for Wheeler as the incumbent, they appear to be an improvement. A poll commissioned by Willamette Week in mid-September showed Wheeler down 11 points, with 30% of the vote compared to Iannarone's 41%.

As voters decide their choice for this year's mayoral election, you can learn more about the candidates on KGW's YouTube channel.

RELATED: Wheeler, Iannarone square off on Portland protests, police reform and the pandemic during debate

RELATED: In mayor's race, Wheeler and Iannarone explain how they would rejuvenate downtown Portland