Metro officials estimate the measure would bring in an annual $250 million to be spent on things like addiction and mental health services and employment support. 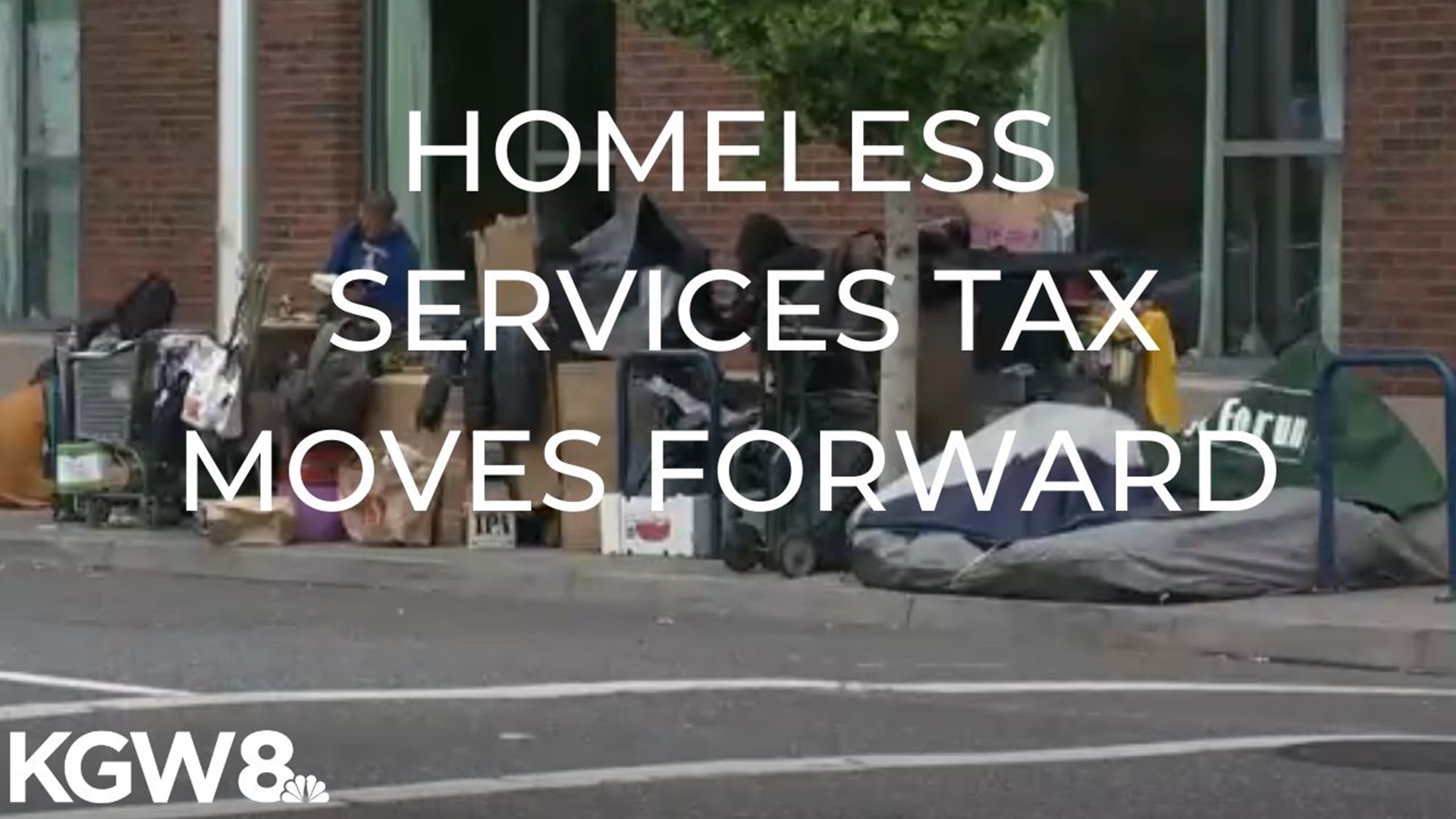 It surprised Angela Martin, too.

“I was concerned that the homeless crisis in our community now might have faded more to the background, and that's actually the opposite,” she said.

It would also place a separate 1% tax on businesses that generate more than $5 million a year in revenue.

Metro officials estimate the measure would bring in an annual $250 million to be spent on things like addiction and mental health services, employment support and rent assistance.

They were optimistic when they referred the tax to the May 19 ballot earlier this year, but the world has changed since then.

In early April, they hired consultants and took a poll.

“I could see them coming together to support it even more,” said Michael Bocian of GBAO Research & Strategy. “On the other hand I could see them saying, ‘Oh my God, times are tight.’”

In all, HereTogether polled 600 likely voters across Multnomah, Clackamas and Washington Counties. 57% said they would indeed vote to pass the measure. 39% said they would vote against it. 4% were undecided.

The team was pleasantly surprised.

“We did think that 'gosh, this is such a big event that it must be changing the electorate and could you imagine people feeling economically insecure coming out of this?' Well, heck yes,” said consultant Kevin Looper. “People want to come out of this feeling a stronger sense of community.”

That said, the opposition is making moves outside the poll.

One of them was the Northwest Grocery Association, which represents major chains like Safeway and Fred Meyer.

President Joe Gilliam argues the measure doesn't give a clear plan as to how the money will be spent.

Plus he says this is not the time.

“You got small business, medium sized businesses trying to recover after having these massive layoffs and losing all sorts of sales because we have to do what we're supposed to do. We're supposed to stay home, stay inside. We're not shopping,” he said. “Retail sales are down. Small businesses are boarding up, and they're saying ‘Too bad for you. We're going to tax you now.”