Kathy Thomas' remains were found in 1996, but she was not identified until 2019. 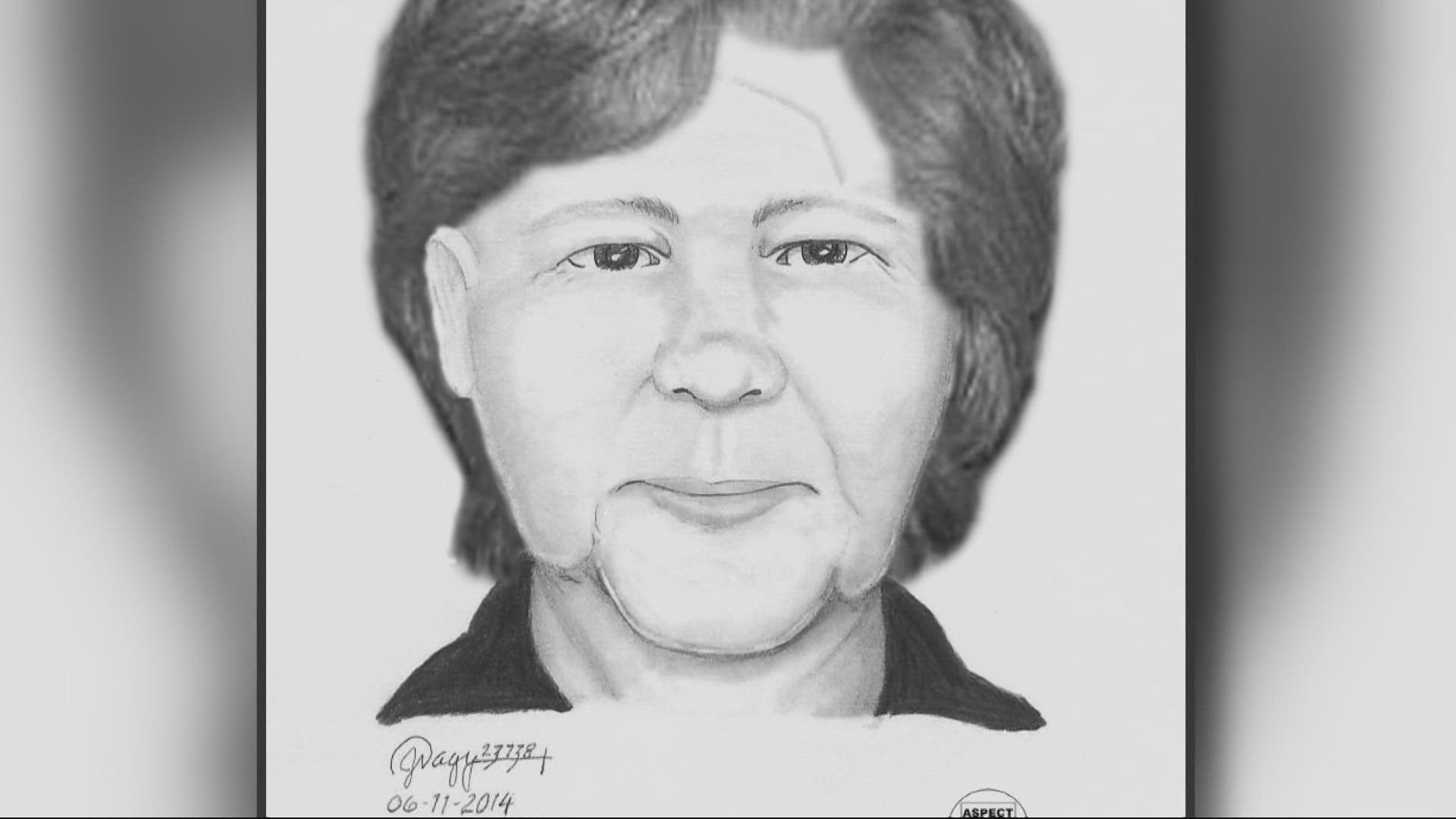 PORTLAND, Ore. — Candice Thomas, 46, has gone through more than most people do in a lifetime.

"I have good days and bad days and some days I do okay and other days I cry all day," Cathy said.

She was born in Southern Oregon before quickly moving to Oklahoma. There, her mother Kathy lost custody of her.

"I love my adopted family, great family, but when you're adopted you always feel like something's missing and you spend your entire life searching," Candice said. "That's literally what I've done."

As Candice searched for her biological mother, authorities back in Oregon were embarking on what would turn out to be a years-long mystery.

Det. Williams said the investigation started in September 1996 when a father and son out bird hunting stumbled across a woman's remains wrapped up in a tarp in the hills above the Mill Creek area in rural Polk County.

"In our minds this is a homicide because she didn't wrap herself in a tarp and tie her up," Williams said. "She was killed. We don't quite know how 'cause it's only bones."

Through sketches, CT scans, 3D imaging and sculptures, authorities spent years trying to identify the woman but to no avail. The case went cold until 2019.

Crime show host Yolanda McClary, a retired Las Vegas Metro Police Department investigator, offered to produce a special documentary on the case. The show, which aired on the Oxygen network, followed McClary and genealogists as they used a DNA profile developed from the remains to come up with a positive ID: Kathy Thomas.

"I mean there's nothing to top it," Williams said. "This is the dream case, I guess."

It is a dream case partly because it led authorities to Oklahoma where Candice Thomas had been desperately searching for her biological mother, Kathy. Candice will never forget that phone call from investigators in Oregon.

"I know my mom wasn't perfect and she had her fair share of issues like everybody else but she didn't deserve that," Candice said.

Authorities said the killer is Brian Clifton, the man Kathy married after losing her children in Oklahoma and moving back to Oregon. Investigators believe Clifton took Kathy's life to be with another woman. Clifton was indicted and arrested in August 2021.

"I don't wish anything bad for him but I also don't want him back on the street," Candice said.

After so many years in the dark, Candice now knows all about her long lost biological mother, Kathy. It is not the ending Candice had hoped for, but at least it is something.

"All this has helped alleviate the inner battle within me," she said. "It's really helped put things at peace."

If Clifton is convicted of Kathy's murder, it will be the second time he has been convicted of such a crime. In the '70s, he was convicted of killing a motel clerk in the Portland area during a botched robbery. He was sentenced to prison but paroled less than a decade later, a short time before meeting Kathy.