Political controversy has created a cloud of confusion around the criminal justice forum at Benedict College this weekend. 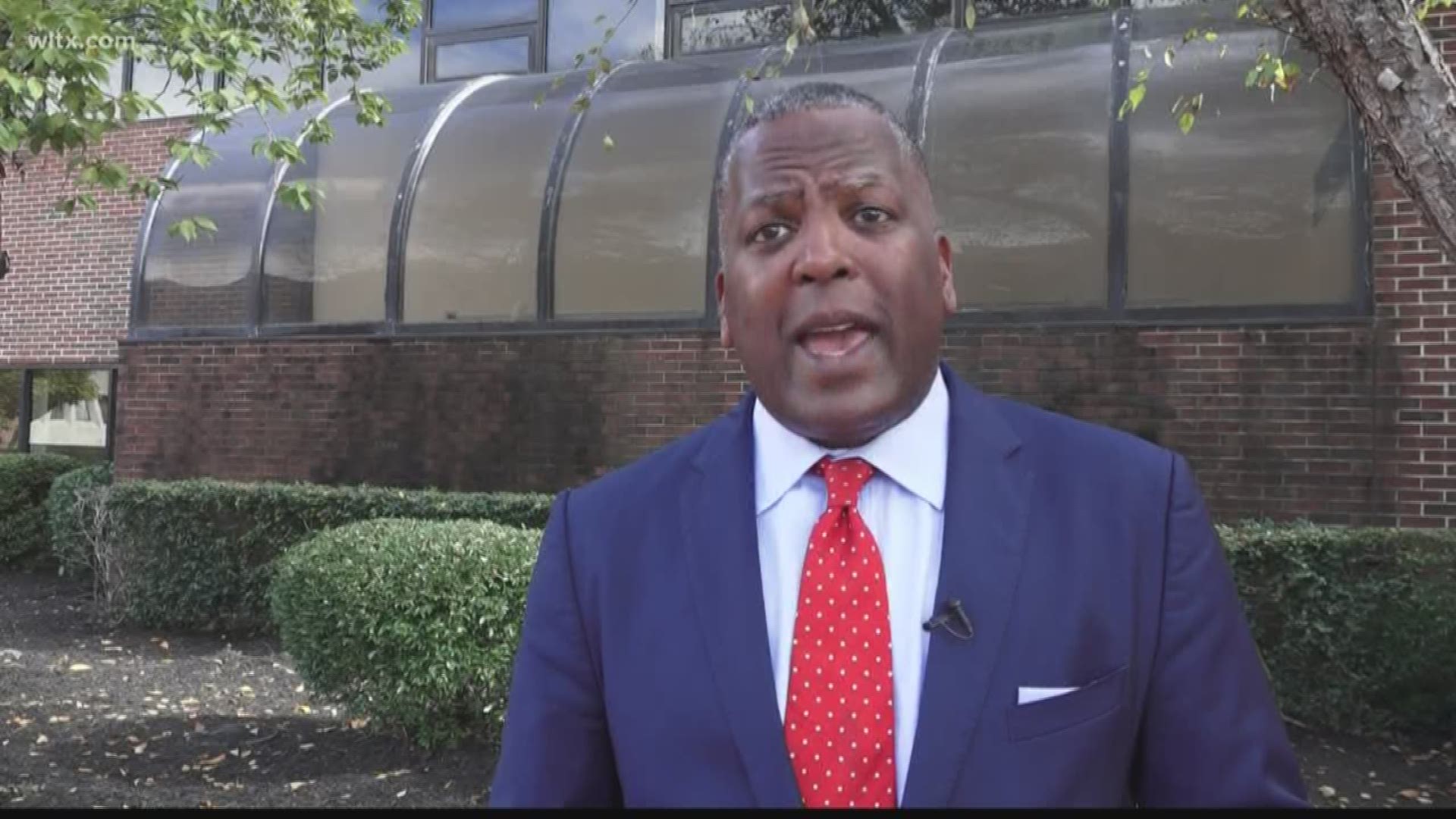 COLUMBIA, S.C. — The Second Step Presidential Forum, a three-day event at Benedict College created by the 20/20 Bipartisan Justice Center, is now without a sponsor, according to Kamala Harris’ campaign.

The event, which runs through Sunday, was set to feature nearly all of the Democratic candidates running for president, along with a keynote address from President Donald Trump, who was presented with the Champion of Justice Award from the 20/20 Bipartisan Justice Center on Friday.

Harris started a firestorm on Twitter Friday night when she cancelled her appearance at the event, which was scheduled for Saturday.

Her tweet criticized the group’s decision to award President Donald Trump on Friday.

President Trump was invited to be keynote speaker on Friday, October 25 for the bipartisan event. The trip was his first official visit to the area since June 2018.

President Trump also received the Bipartisan Justice Award at the Forum, which was the focus of Harris’ criticism.

The award is the highest honor given annually to a public servant who has demonstrated the ability to work across the aisle to achieve meaningful progress in reforming the criminal justice system, according to the White House.

Harris won the 2016 Bipartisan Justice Award, according to 20/20’s website.

The First Step Act is a bipartisan criminal justice bill designed to help inmates transition back into society and allows some prisoners to serve shorter sentences for good behavior.  This new law aims to address the racial disparities in the system and give judges more discretion in sentencing.

Harris says she also would not participate in the forum after hearing the 20/20 Bipartisan Justice Center event limited student tickets.

The number of tickets is the subject of debate. Headlines said only 7-10 students were allowed into the President’s speech. But, Columbia Mayor Steve Benjamin told WLTX on Saturday more than 30 students ended up inside to hear President Trump.

In an email on Saturday, Harris’ team took a victory lap.

“After Senator Kamala Harris stood up and objected to their group awarding Trump and excluding HBCU students from participating, the 20/20 Bipartisan Justice Center was removed as a sponsor for the criminal justice forum at Benedict College,” a statement from Harris’ campaign stated.

It continued, saying the Senator would attend the event now under the direction of Benedict College.

On Saturday afternoon, WLTX spoke with Mayor Steve Benjamin. Benjamin was set to host and join in conversation with the candidates on Saturday and Sunday.

“Our priority is to make sure Benedict College students have access to the men and women who want to be leader of the free world,” Benjamin said when discussing the change.

The Mayor said the event was “reshaped” and “rebranded” to be run by Benedict College and its President, Dr. Roslyn Artis.

“As a result, all the campaigns are back, involved in this event,” Benjamin added.

There is only one event and forum at Benedict College on Saturday and Sunday, according to Benjamin.

The question is what happens to ticket-holders?

“I think the way it was structured, they [20/20] pay expenses and a portion of the proceeds go to Benedict College. So, they still have to cover expenses, AV expenses, and others,” Benjamin said about the ticket revenue.

The Mayor clarified 20/20 will still receive some payments from the ticket sales, due to their original agreement and work organizing the structure of the event, which is now rebranded. Benjamin added other sponsors are still participating.

But, the confusion and frustration was not lost on original ticketholders like Linda Johnson and her son.

Johnson and her son, an AP US History student, had tickets to see Pete Buttigieg and Kamala Harris. She told WLTX she and her son wanted to hear both their answers on criminal justice reform.

“And then last night saw Senator Harris’ tweet that she was cancelling out of, pretty much annoyance over the award the President was given that she felt was very unjust. And, while I like the fact that she takes a stand on things, we were very disappointed. I felt like she was hurting the people who were planning to come see her, more than she was hurting the President,” Johnson said on her way into the event.

Johnson also said there was confusion on whether or not Harris would be attending, due to conflicting social media reports and rumors.

“We’re really excited to hear from her. This whole issue of the injustice in the criminal system is an important one to us. We’ve seen people who have not been treated fairly and I want to hear what they want to do for that next step,” Johnson said.

The first question to Senator Cory Booker in a press availability after the forum, was not about criminal justice reform, but instead about Harris and the President.

“First of all, Kamala is more than a colleague, she’s a sister to me and I’ll let her speak for herself about her decision that she made. I know she’s coming here now. It was very important for me to be here. This is a historic college. This is a HBCU I have a lot of pride and respect for, it’s not my first time to this campus. And seeing all the tumult that’s gone on around here and the way that I believe Donald Trump used this campus as a backdrop, but didn’t include it, didn’t engage with it, didn’t bring the community in to his remarks,” Booker said.

In Saturday morning tweets, President Trump responded to the situation and Harris’ decision.

Harris did attend the newly branded Benedict College event and spoke at the forum on Saturday afternoon. Afterwards, she addressed the press about the situation.

"Well, it's important you get the facts right. I did not participate in that event. I got a call then from the Mayor of Columbia and the President of the University saying that they were going to host their own event that was not that event. And that the students would be allowed to attend and they would be allowed to attend for free. And knowing that the students would be there and it would be their event? Of course I attended," Harris said, clarifying she did not attend 20/20's sponsored event.

Harris, along with Senator Booker earlier in the day, also criticized President Trump's speech on Friday.

"To exclude those students from a conversation with the President of the United States about what is needed for reform of the criminal justice system was wrong and that's why I refused to attend. Those students were here today at the invitation of their President, Dr. Artis, who I give great praise to for changing the plan. And having instead her and this University sponsor it, and that's why I'm here today," Harris said.

The Senator also criticized the President's record on criminal justice, specifically increased funding for private prisons, lack of conduct reviews for police departments and statements which "fan[ning] the flames of hate."