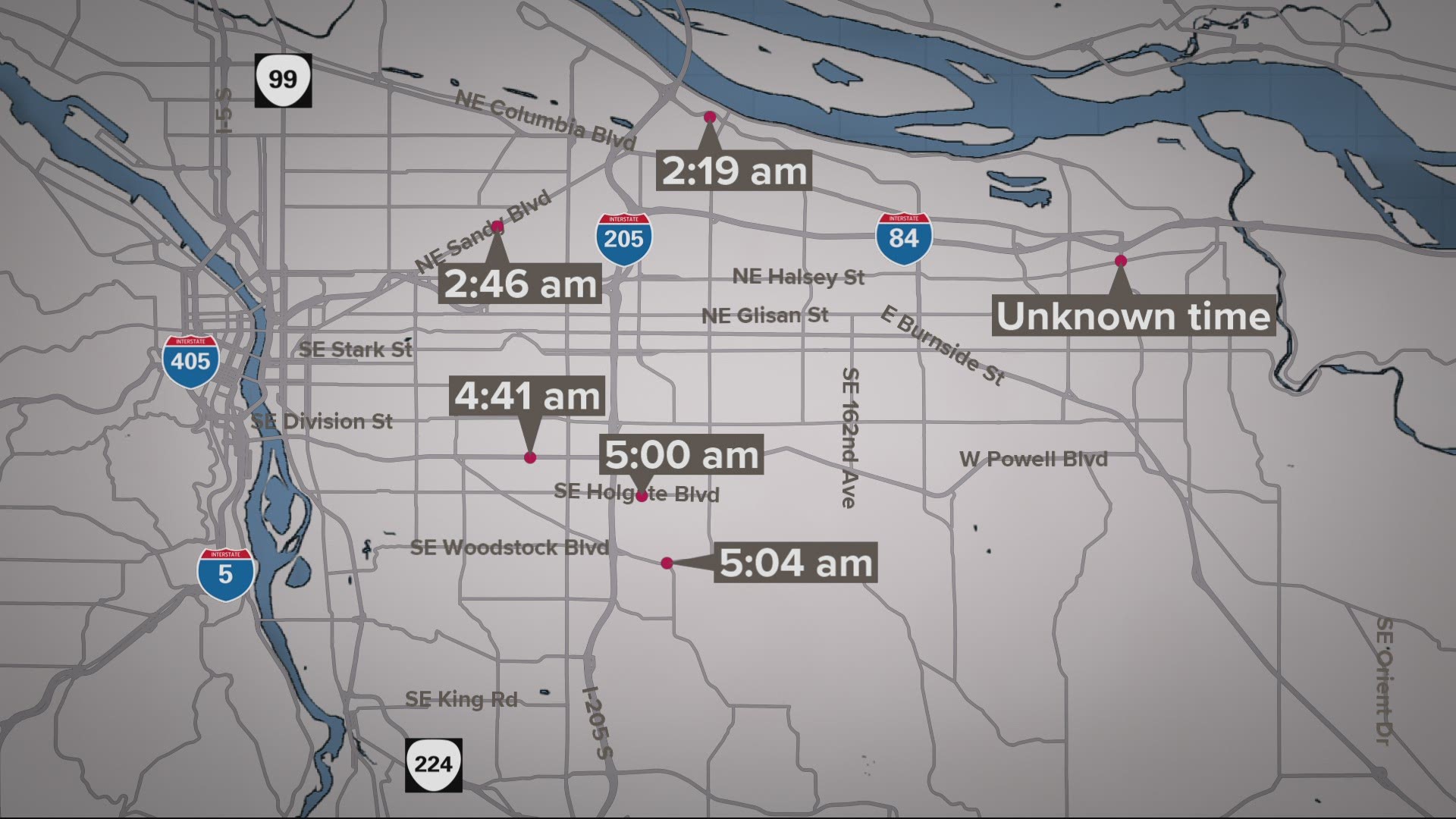 PORTLAND, Ore. — Two suspects were arrested after an armed robbery spree, traffic pursuit and manhunt through a neighborhood in Portland on Sunday morning.

Shortly after, another convenience store was robbed near 11000 Southeast Foster Road, police said.

The robbers were armed with handguns and drove off.

Portland police found a car matching the suspect car description and attempted to stop it. The suspects drove off, starting a high-speed chase with officers in the area of Southeast Foster Road and Southeast 140th Avenue.

Police said officers pursued the vehicle until the driver stopped the car and everyone inside ran off into a nearby community close to Northeast 162nd Avenue and Northeast Halsey Street.

When searching the car, police found a gun believed to be an airsoft rifle.

Due to the police having information the suspects were armed the Special Emergency Reaction Team (SERT) responded and asked people who lived in the area to shelter in place.

Around 7 a.m. police spotted several of the suspects inside another vehicle. Four suspects in total were taken into custody, police said.

Officers found a handgun was found under the seat in the car.

Police looked for a fifth suspect but at 10:00 a.m. law enforcement cleared the area and lifted the shelter in place order.

Two arrests were made in connection with six armed robberies at convenience stores this morning:

Two other juveniles were released to their guardians without charges, police said.

Police are continuing their investigation into the identity of the remaining suspect at large.