The medical examiner confirmed the man who died is 51-year-old Koben S. Henriksen. 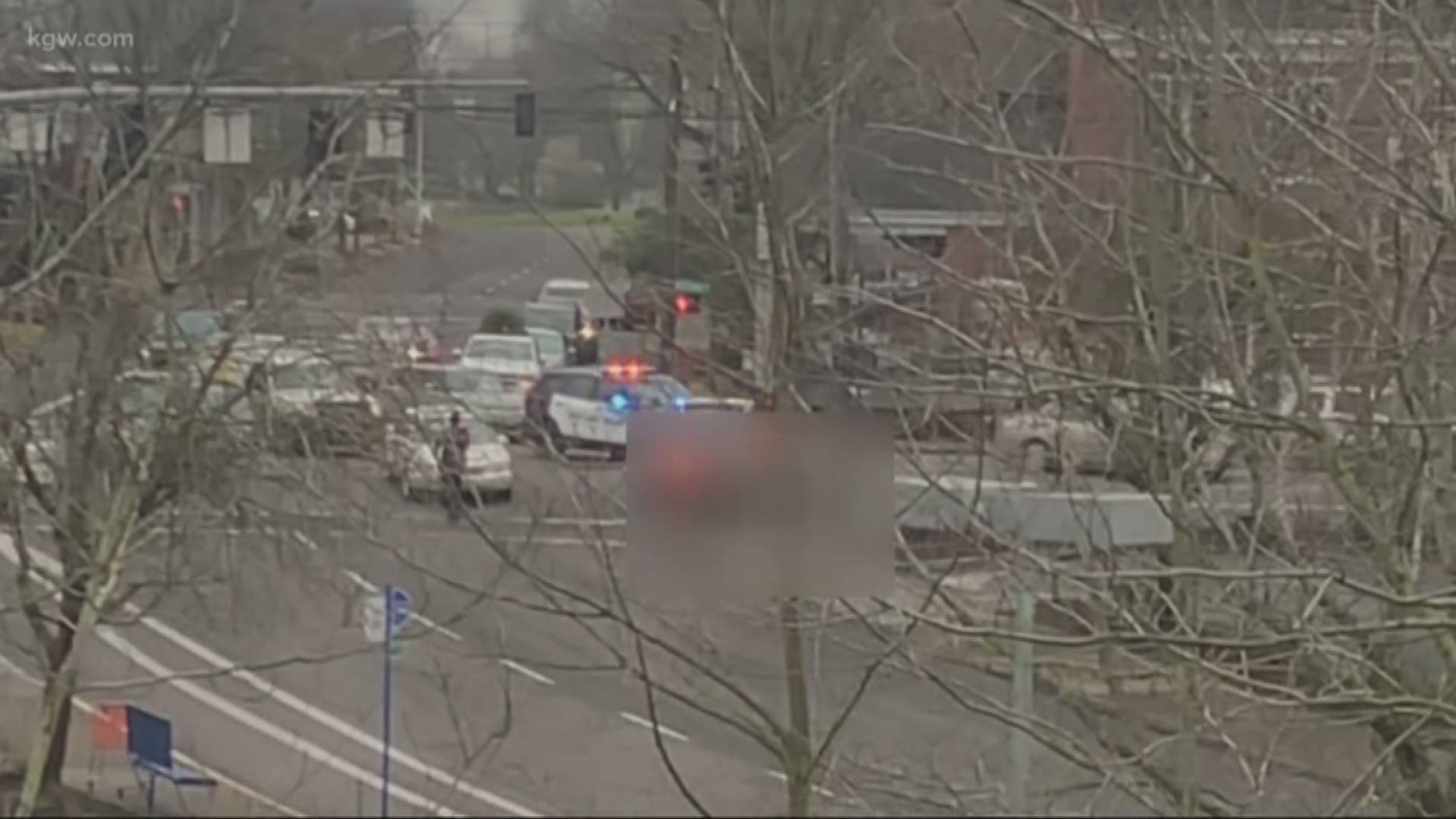 PORTLAND, Ore. — Portland police released the names of the man who died and the officers involved in a deadly shooting in Southeast Portland Sunday afternoon.

The medical examiner confirmed the man who died is 51-year-old Koben S. Henriksen.

Two officers fired weapons: one fired the deadly shot, or shots. His name is Justin Raphael and he's been with the police bureau for seven years.

RELATED: Police kill man in Southeast Portland after responding to report of person with knife

The second officer, Daniel Leonard, fired less-deadly rounds from an impact weapon with foam-tipped rounds designed to launch from a distance. Leonard has been with Portland police for 11 years.

“Its intention is not to cause deadly force injuries, it’s one step down from that. That’s why it’s a foam tip,” PPB public information officer Sgt. Kevin Allen said.

Police were sent out to the intersection of Stark Street and 103rd Avenue Sunday afternoon around 1:40 p.m. A caller said a man had a knife in his hand and was in the street.

Officers approached the person and, not long after, police shot him. No officers were injured.

It's still very early in the investigation so police aren't releasing information about what led up to the shooting or what transpired during the shooting.

“All of that is an important part of the investigation so we can't say right now what all led up to that but the investigation will not only look at what happened at the confrontation but will also look at what happened before that,” Sgt. Allen said. “We do know officers were responding to a dynamic incident where reports were that someone was armed. So in this case that's what they had going into it, that's what they were facing.”

Hicham Elhaj owns a food truck a block away and says he heard officers yelling and saw a person, who appeared to be homeless, walk toward officers.

“It's like really [a] nightmare,” said Elhaj, co-owner of Grill-on-the-Go. “Just shocked. I was not expecting it. It was too fast, in seconds.”

“Suddenly I see him coming from the back of Starbucks like somebody with a blanket and walking so fast to the cops. The cops are yelling - I don’t know what they're saying, 'stop' or 'don't move',” Elhaj said. “It's not easy to recognize their voice from here. There was like three shots immediately, like ‘boom, boom, boom’.”

Knowing police are around makes him feel safer, but he's left rattled.

“I was like all of us thinking, is this area safe? Is this gonna happen every time, every week? You never know. Maybe next time the police pointed by mistake, the shots would come to us. We are in the middle, on the corner,” Elhaj added.

This is the sixth police shooting so far this year in Portland and the fifth in which someone's been killed. 2017 and 2018 each saw six police shootings.

MORE: Jury: No criminal wrongdoing by police in fatal shooting

Under the bureau's use of force directive, officers may use deadly force to protect themselves or others from what they reasonably believe to be a threat of death or serious injury.

PPB homicide detail are the primary investigators, the protocol with all officer-involved shootings. They’re interviewing officers and witnesses and analyzing evidence.

If you have any information or any surveillance video that could help with the investigation you're urged to call Portland police at their non-emergency line at (503) 823-3333.

Both officers are on paid administrative leave until the bureau and Multnomah County District Attorney's office finish their investigation. That's standard procedure in cases like this.