The fire was set in the area of West 19th Street near Markle Avenue. 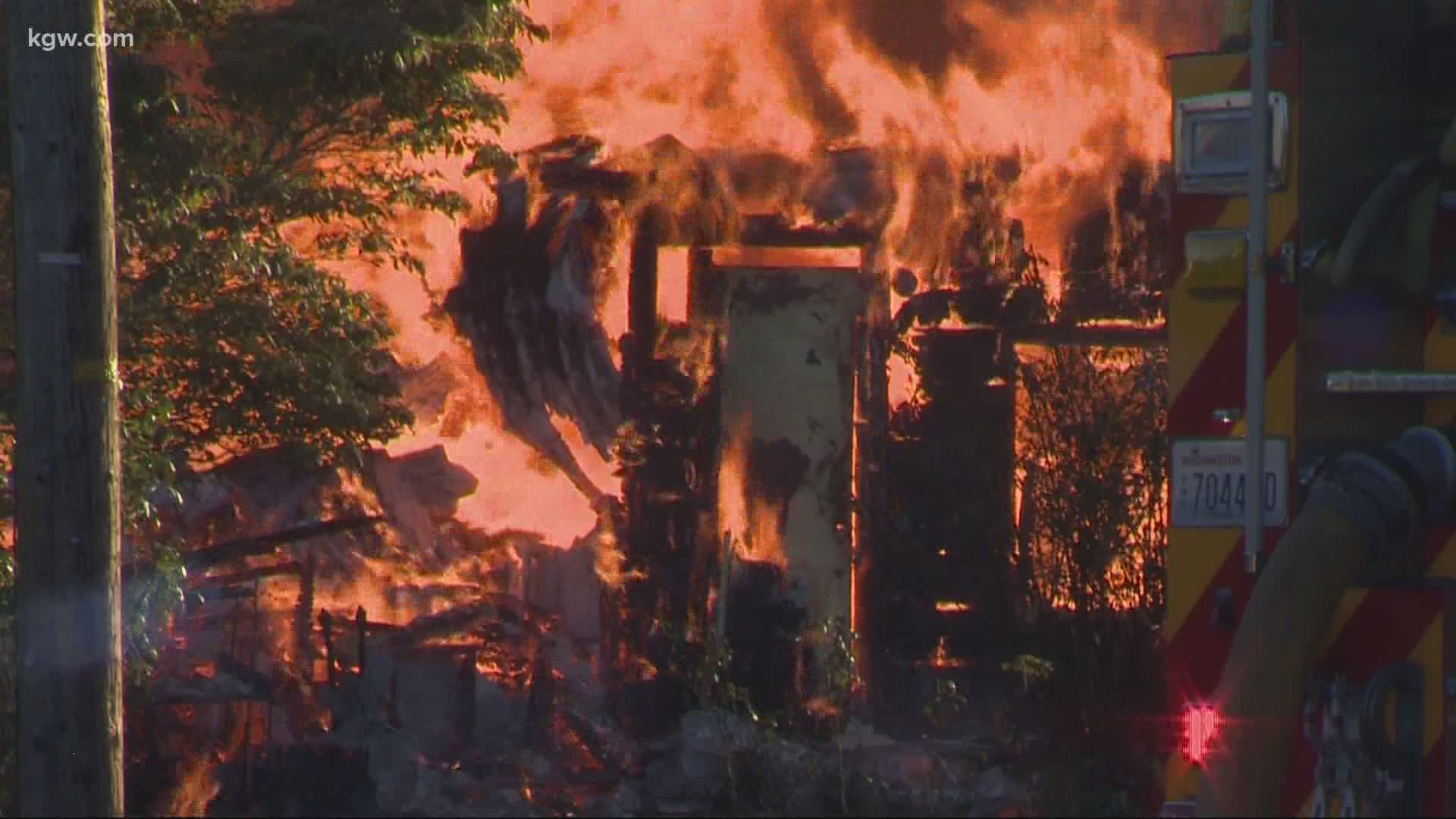 VANCOUVER, Wash. — Police arrested a man who they believe set his home on fire and assaulted a neighbor Monday afternoon in Vancouver.

Allan T. McCall, 59, was arrested for first-degree assault. The arson investigation is ongoing.

Because police believed McCall could be armed, officers set up a perimeter and firefighters were kept at a safe distance, Vancouver police said. Neighboring homes were also evacuated.

When firefighters arrived at the home, it was fully involved in the fire. Crews worked to protect neighboring homes while hiding behind engines to stay safe. The fire was brought under control within 25 minutes of crews arriving on scene.

Once the smoke and fire danger was diminished, a Vancouver K-9 was deployed and found McCall hiding in the yard of the home, which was not burning. He was then taken into custody.