An officer used "deadly force" to kill the suspect. Oregon State Police told KGW that they are not investigating an officer-involved shooting. 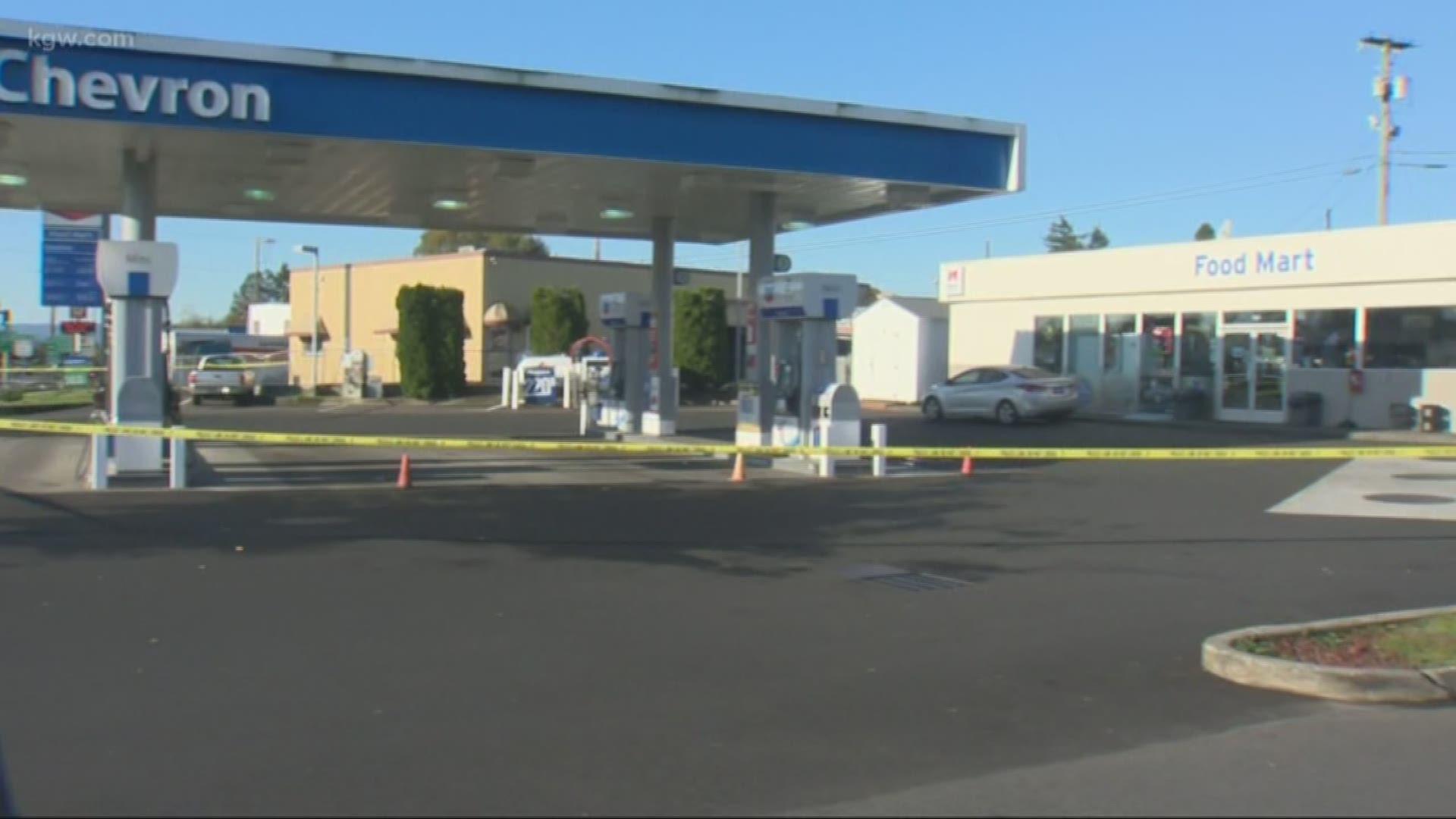 ST. HELENS, Ore. — A police officer killed a suspect after a shooting at a gas station in St. Helens and a chase on Highway 30 Wednesday morning.

Veatch drove away from the scene, leading police on a chase north on Highway 30.

During the chase, the Veatch's vehicle was disabled and he fled on foot, OSP said. A St. Helens officer used "deadly force" to kill Veatch.

Police have not said how Veatch died. An OSP spokesperson told KGW that police are not investigating an officer-involved shooting.

The officer involved in the incident has been placed on administrative leave, per police policy.

OSP called the incident a "very dynamic situation" with several scenes under investigation. Numerous witnesses were involved and there is a large volume of evidence, police said.

Highway 30 was closed in both directions at Deer Island, about halfway between St. Helens and Rainier, all day Wednesday, but it reopened at 6 p.m.

Anyone with information related to the Wednesday morning shooting is asked to call the Oregon State Police tip line at 503-375-3555.