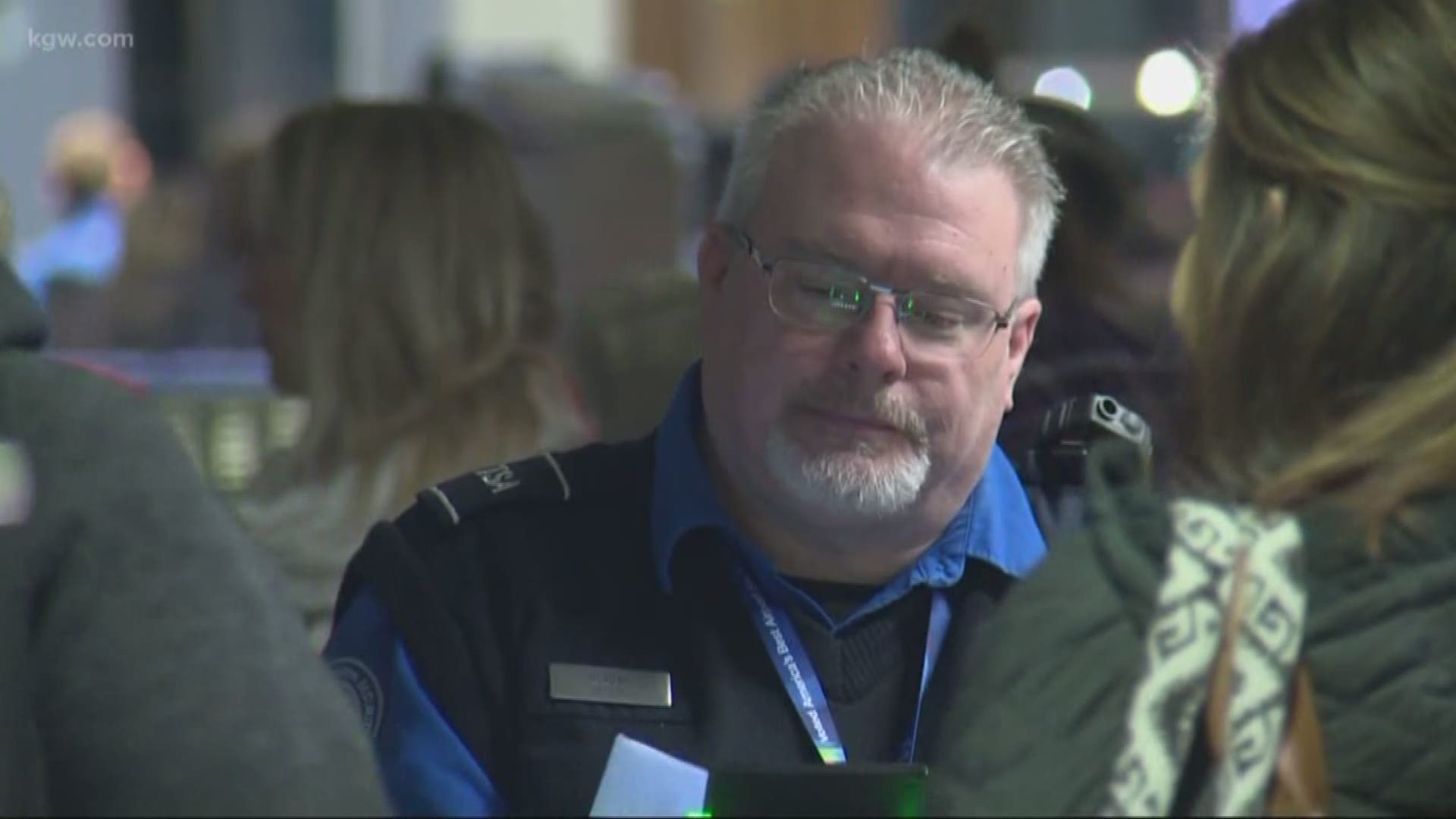 PORTLAND, Ore. — TSA officers came to work Friday at Portland International Airport, despite knowing they won't be getting paid.

Numerous workers we spoke with made it clear that they’re fed up with the partial government shutdown. Right now 800,000 federal employees are working without pay or are furloughed. Hundreds of thousands of them who were scheduled to get a paycheck Friday did not receive one. That includes TSA officers, air traffic controllers and other federal employees.

Two TSA agents who spoke with KGW said they just want the shutdown to end so they can focus on their jobs instead of how they're going to get by.

“A little bit worried about what's going to happen closer to February. The first, that's when rent comes up. That's when child care comes up. You have to start calling these people and tell them we might not be able to pay them on time and hope they're understanding enough to let us keep our homes and keep watching our children,” said Lindsay McCuin.

McCuin has a 5-year-old girl. She says at this point, paying for childcare is her main concern. Without it, she says, she wouldn’t be able to go to work. 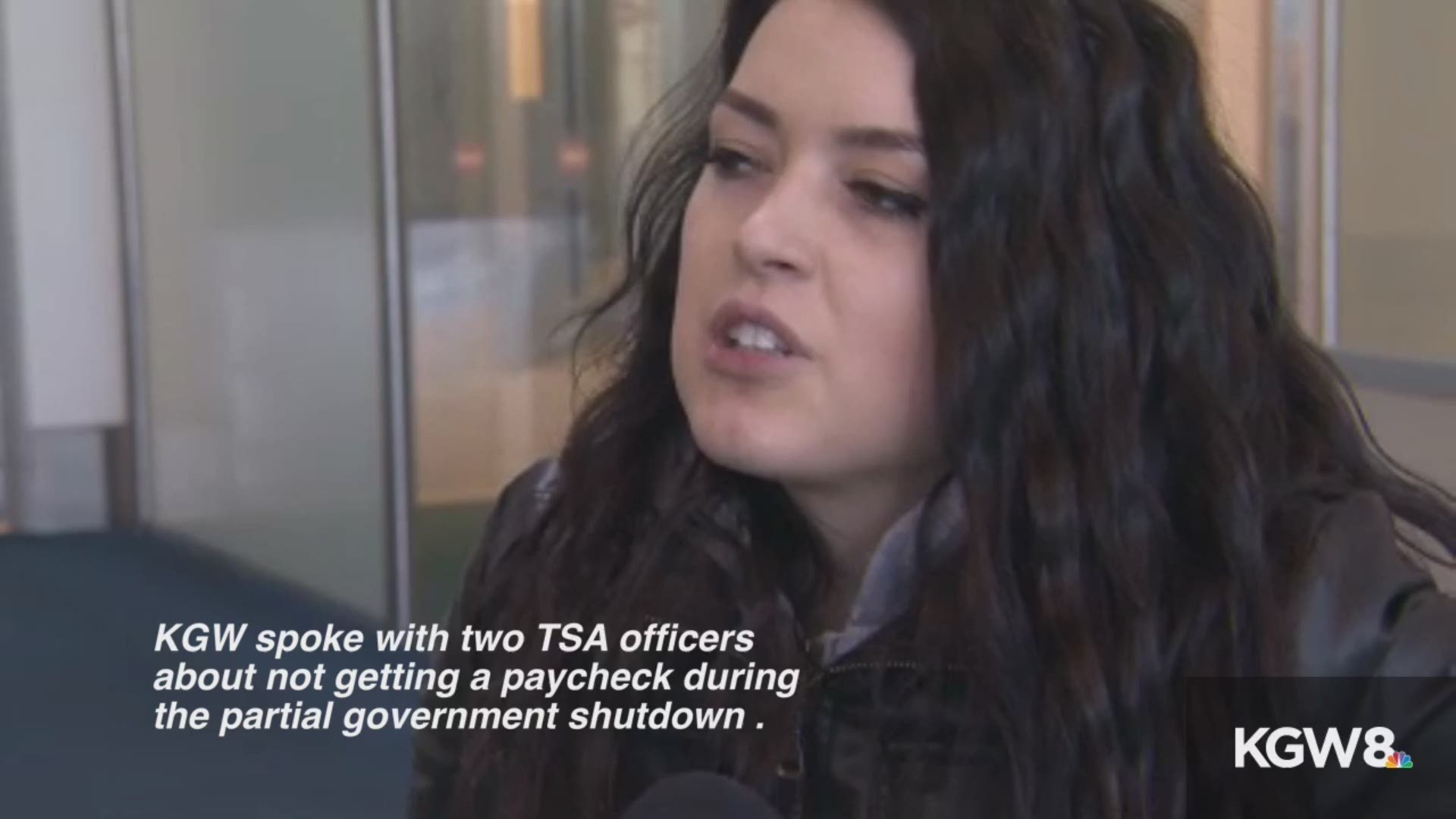 “My wife and I have enough savings to make rent this month, maybe next month. But it's gonna be cutting it tight,” Anthony Jones said. “We’ve never dealt with cutting our income in half almost and trying to make do with it.”

Jones says he plans to keep coming to work.

“Planes don’t fly unless we’re here. So we don’t really have a choice. I think it’s part of the job. It’s part of your duty,” said Jones.

There's already a plan to give back pay to people affected, but that wouldn't be until the shutdown ends leaving people trying to figure out another way to make ends meet in the meantime.