Pilot program in Portland aims to help people with disabilities 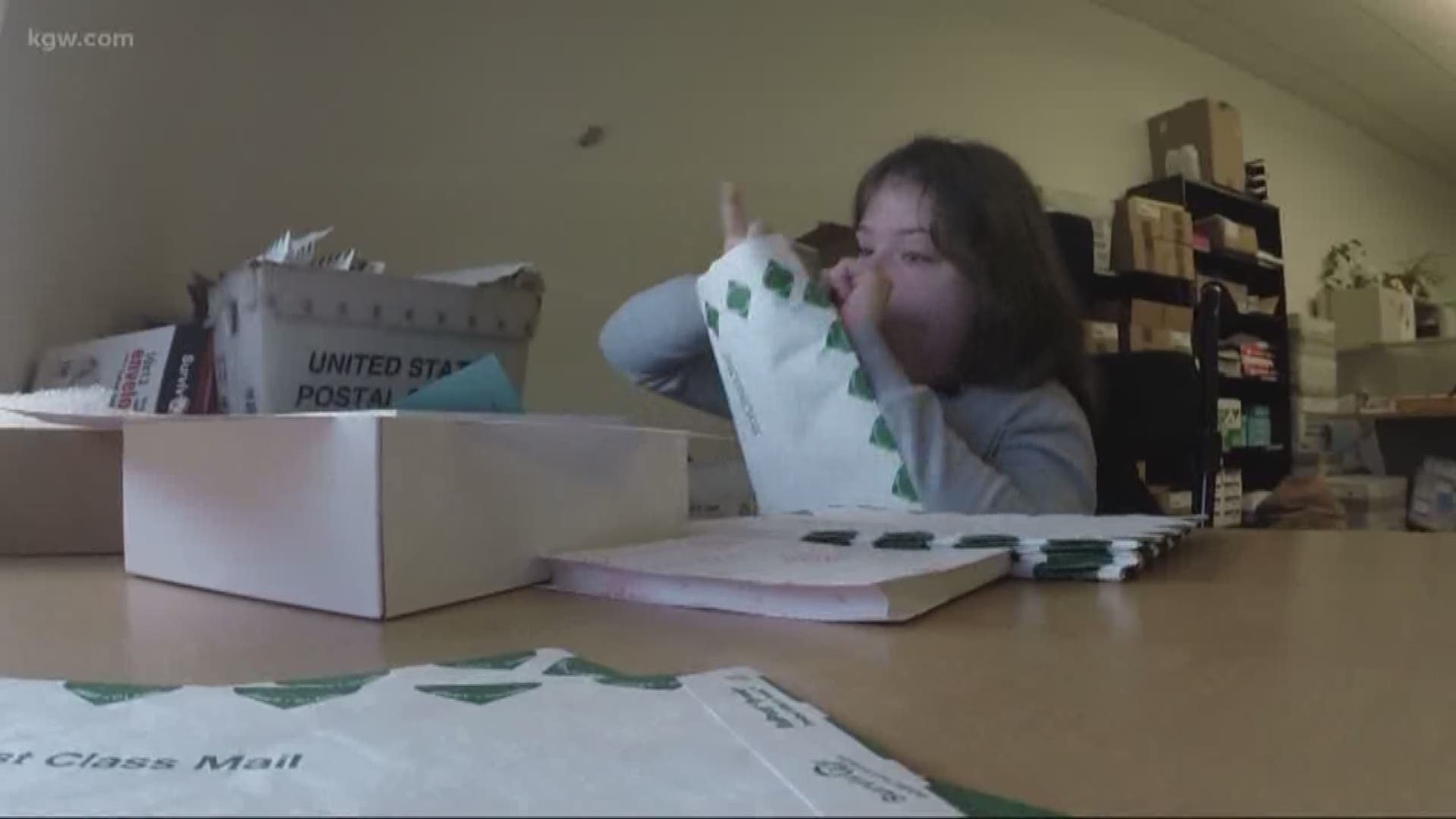 PORTLAND, Ore. -- A pilot program in the Portland is hoping to help people with intellectual and developmental disabilities.

While it’s unpaid, interns get valuable experience they can put on their resumes for that next big job.

Ivory Broom regularly shows up to the office, just like anyone else.

“Working on lead testing kits is one of the things that I've been doing,” said Broom.

She is one of the handful of interns taking part in a pilot program aimed at helping people with intellectual and developmental disabilities gain skills, employment, and not to mention a good bit of pride.

“Really happy and proud of myself,” said Broom.

Project SEARCH is heading up the program that’s currently at the 6-month mark of the 9-month long program.

For the first time they've partnered up with the Portland Water Bureau and Bureau of Environmental Services.

“Our Commissioner Nick Fish has given us an excellent opportunity to build a more inclusive workforce, and it's really changing the culture in our workplace here,” said Carol Stahlke, the program coordinator for the Portland Water Bureau.

From putting together lead testing kits, to archiving information, interns are getting on-the-job experience. Reynolds said people with disabilities often don’t get the chance to get work experience, making it even harder to get a job.

Interns in the program work for nine months, for about five hours a day.

“It's probably the first time where I feel like I'm part of a team,” said Per-Michael Jarnberg, an intern with the program.

Jarnberg said he hopes to work at the Water Bureau when the program ends. All the experience he and other interns get will be a part of their resume once they graduate.

“Project SEARCH as a whole has a 75 percent success rate of folks getting jobs after they graduate,” Reynolds said.

At 21 years old, Broom already knows what kind of job she wants.

“A dog walking business,” she said. “I have a dog myself.”

When asked what she wants other people to know, her response was one indicative of a confident, self-assured woman.

“Have fun and do what you wan to do in life,” said Broom.

In July, the results of the pilot program will be presented to city council with the goal of expanding it citywide. The city is also looking into developing two full-time positions for interns who graduate from the program