Pierce County has confirmed its first vaping-related illness, bringing the total number of cases in Washington state to seven. 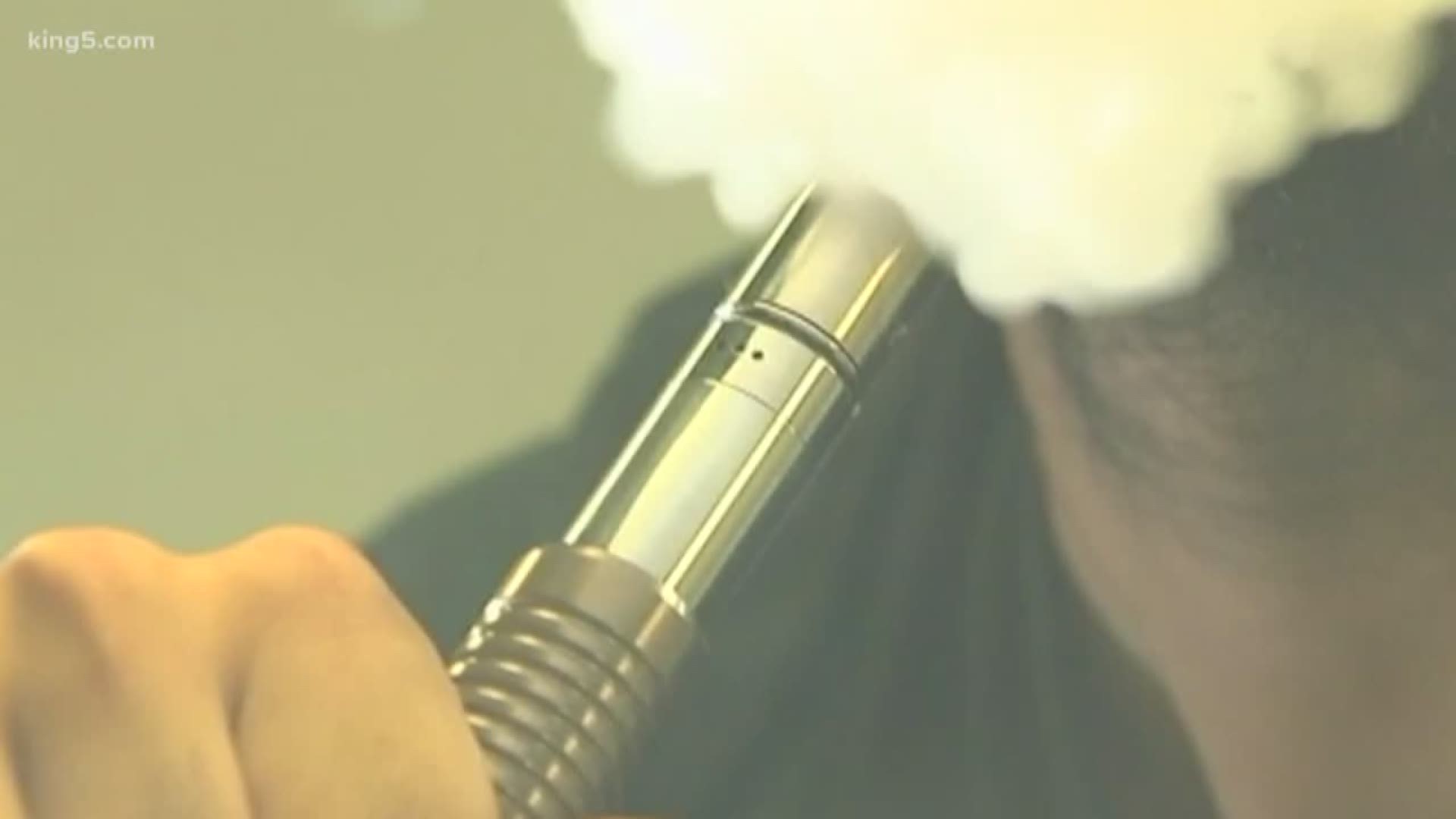 The Tacoma-Pierce County Health Department confirmed the case Wednesday. This is the first vaping-related illness in Pierce County.

The man told health officials he vaped THC and marijuana before he got sick. He was hospitalized and is now recovering outside the hospital.

More than 500 people have been diagnosed with a vaping-related illness nationwide, and at least seven people have died, according to the Centers for Disease Control and Prevention. Of Washington’s seven cases, two are in King County, one is in Snohomish County, and one is in Mason County.

RELATED: What are e-cigarettes?

Health officials are urging the public to quit vaping or not start if they do not already vape. If people do choose to vape, the health department said those people should monitor their symptoms, including coughing, shortness of breath and chest pain, and seek medical attention if they feel ill.

The illnesses have prompted several states and one Washington lawmaker to take action.

New York and Michigan have both banned the sale of flavored e-cigarettes, and the governor of Massachusetts took it one step further, approving a four-month ban on the sale of all vape products.

A Tacoma man has also filed a lawsuit against six vaping manufacturers, alleging negligence and that the companies knew or should have known their product was not safe for human consumption.