10 years ago, Katsuo Saito's fishing boat was lost in the Japan tsunami. It later washed up on the Oregon Coast

Raging water washed away everything in its path after the 2011 tsunami, including Katsuo Saito's fishing boat. He figured it was the last he'd see of the "Sai-sho-Maru." But KGW brought a piece of the boat back for him. 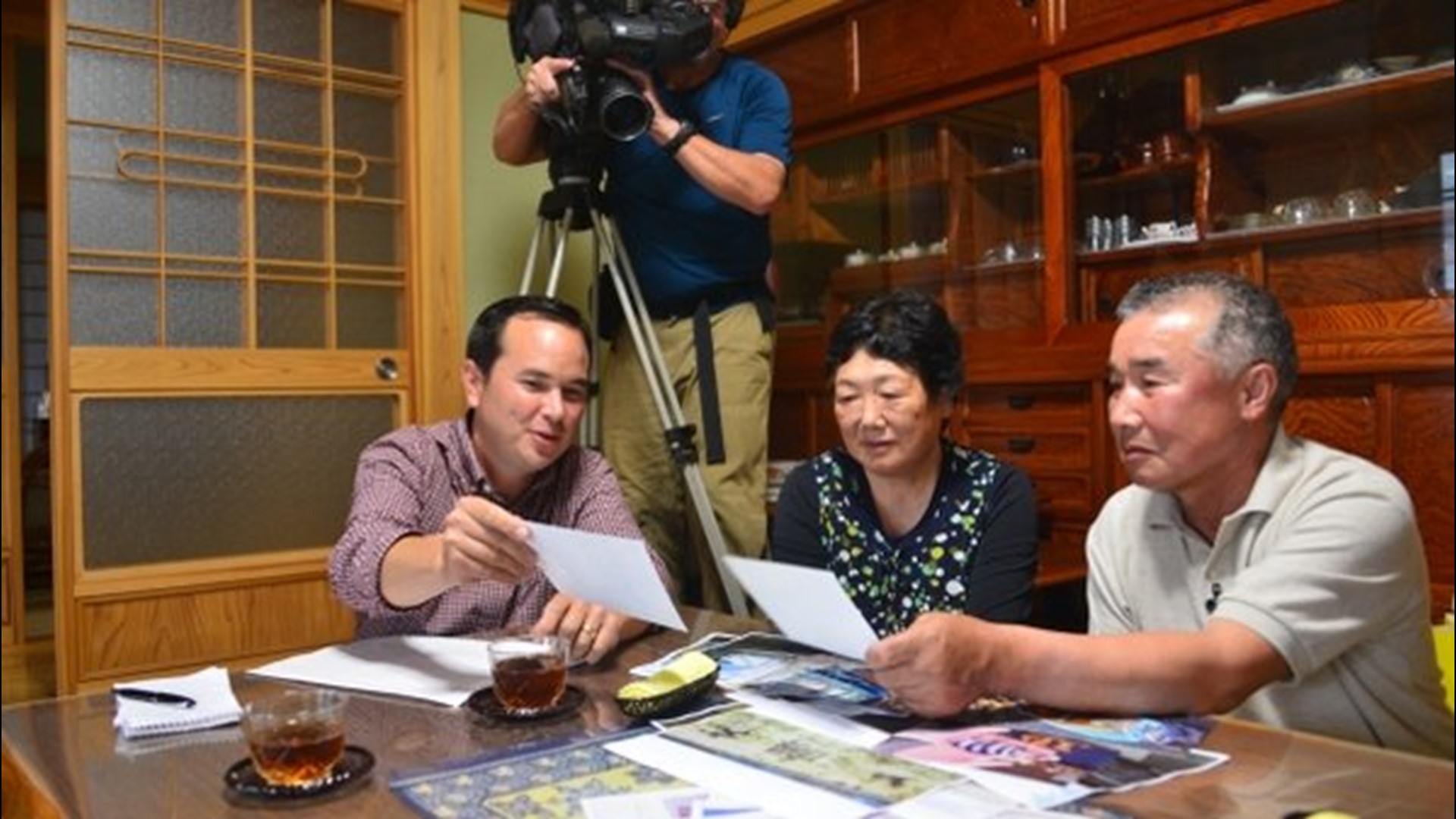 Exactly 10 years ago, Japan suffered a devastating earthquake and tsunami. Many of the items washed away drifted to Oregon and Washington, including items as seemingly insignificant as a volleyball. We traced where those items came from and returned them to their rightful owners.

It was one of the most remarkable reporting experiences of my life. Here's a look back at the story of the Sai-sho-Maru fishing boat.

When the earth shook on March 11, 2011, Katsuo Saito knew he had to escape to higher ground. He didn't wait for the tsunami sirens.

"As a child I was told, once the tremors hit, you need to run away as high as possible," he said. The fisherman from Rikuzentakata watched from a bluff as the tsunami hit. Raging water washed away everything in its path, including his fishing boat. Saito figured it was the last he'd see of the Sai-sho-Maru fishing boat.

Watch the 2013 KGW special: Washed Away

Saito didn't want the boat back, so it was donated the Columbia River Maritime Museum, where the Sai-sho-Maru is now on display in Astoria, Oregon.

"I love this boat. It survived. So should I," said Saito, while looking at photos of the boat. "It is so surprising how far it has traveled, all the way to the United States."

We presented Saito with a handle and piece of rope removed from his boat. The museum asked that we return the items to the fisherman in Japan.

"We will put it into the shrine," said Saito as he walked toward a room filled with family heirlooms and treasures.

Saito hoisted the box of boat pieces onto a shelf in the family's shrine. It sits across the room from photos of deceased family members, including his daughter.

She was 43 years old, married and had two children. She died in the tsunami. She was a nurse in Ishinomaki. Saito and his wife walked for three days over broken roads after the tsunami to located and recover her body.

The couple explained that it was comforting to have part of their boat back. They only wish they could see their daughter again too.