Where did these pianos come from? Why are they being spotted in Portland parks? 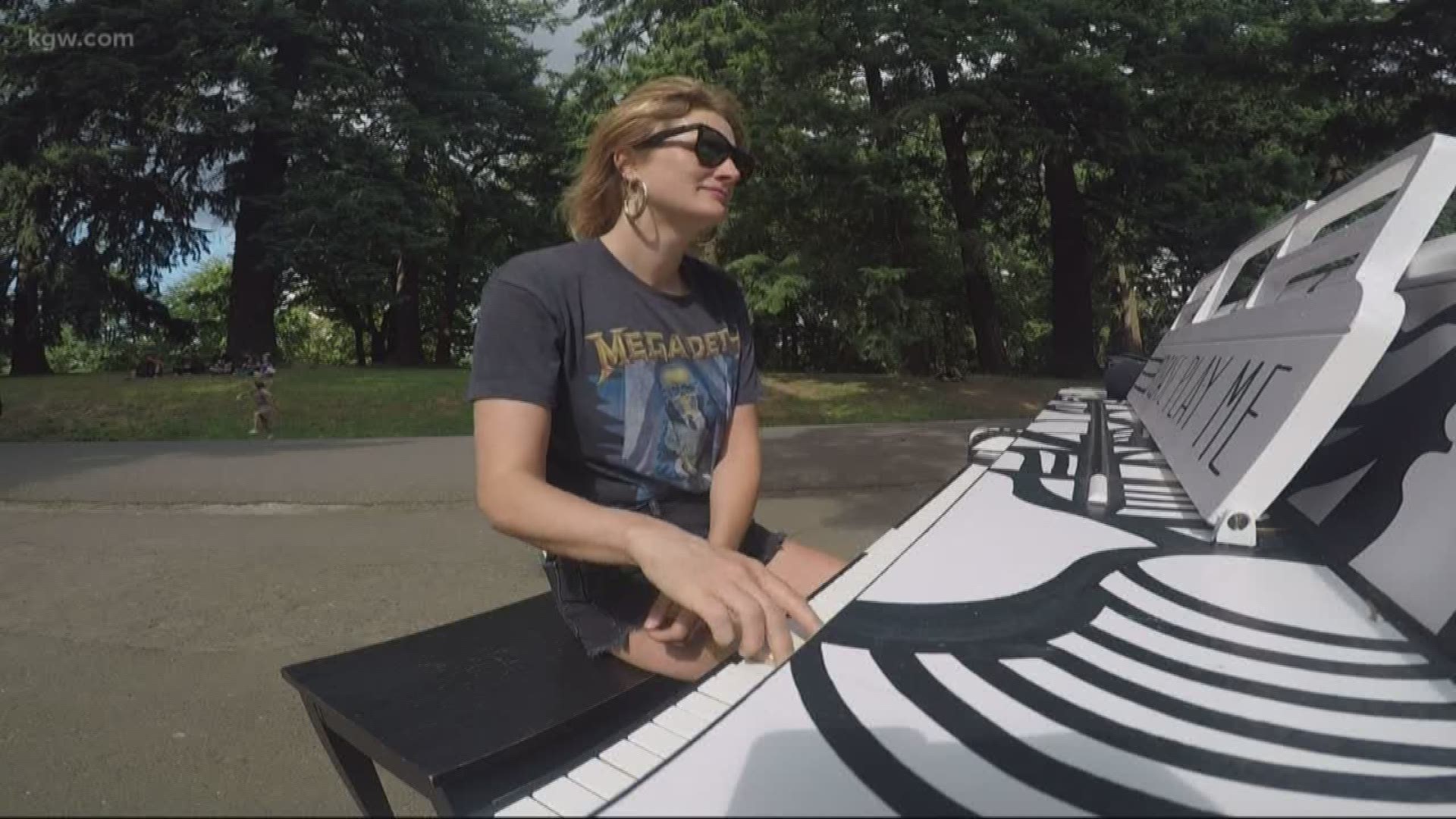 Colorful pianos with signs asking strangers to play them were set up in parks all over Portland, over the weekend. The question is, where did they come from?

Piano. Push. Play. is taking responsibility for the pop-up instruments. The project is designed to help people experience music and each other differently.

“Realize that [music] is a gift that you're giving other people,” said Megan McGeorge, founder of Piano. Push. Play.

From Mt. Tabor to Laurelhurst Park, there are 11 pianos at several different parks. Each asking humbly to be played, promising joy in return.

McGeorge said the project got its name from the summer she put a borrowed piano on a dolly, in order to play to the downtown masses on a street corner.

“We would grab that piano, push it up to 13th or where ever I was playing, then push it back down to Portland Piano Co.,” recalled McGeorge.

The pianos placed in parks were all donated, and might otherwise have gone to the dump, said McGeorge. Instead, local artists painted them and gave them new life.

“It’s like playing in the cathedral of nature or something,” said Adrienne Varner, who played the piano at Mt. Tabor Park, Monday.

For park visitors, the music brought a sense of calm.

“I think it invited us to sit down and just look and listen,” said Mark Munger.