There are 10 pianos around Portland put in place for anyone who wants to play. One was at Pioneer Courthouse Square on Wednesday morning. 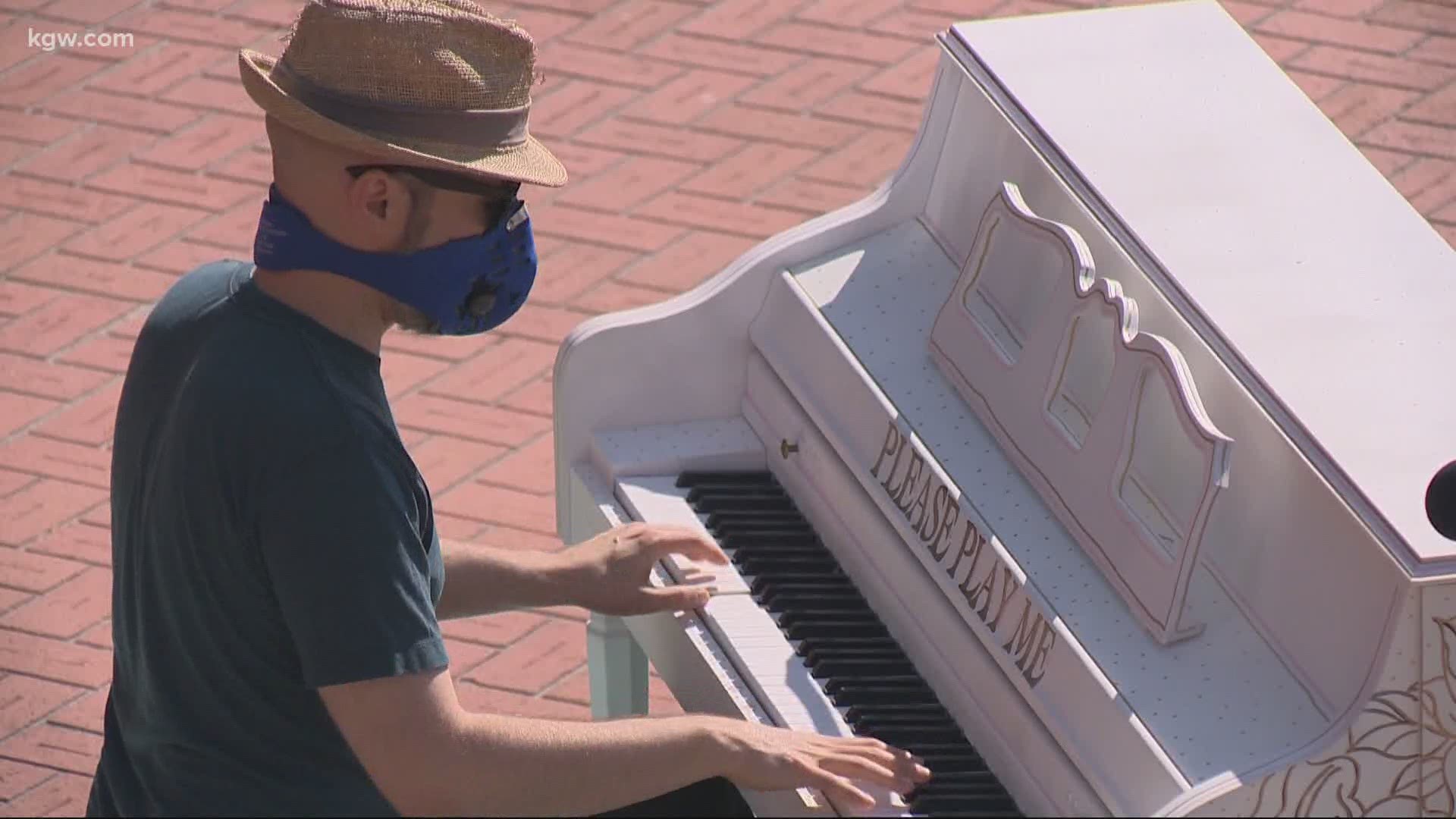 PORTLAND, Ore. — For a musician, or any artist really, it’s just wrong when you can’t share your work with the world.

"I have to say after six months of being at home and playing for myself this feels amazing," said Asher Fulero, a world-class pianist and keyboardist.

When it comes to musical talent, many of us might feel like a square peg in a round hole. Fulero, on the other hand, fits the mold.

"It’s a connectedness that is really easy and deep, and I can have fun with it or be really serious about it," he said.

He’s traveled with many well known bands and started several bands of his own over his 25 years in music. On Wednesday  at Pioneer Courthouse Square in downtown Portland, the venue is a little different, but welcome.

Megan McGeorge is the founder of Piano. Push. Play. You could say the local organization rescues old pianos and gives them new life. They have placed ten of them throughout Portland and encourage the public to sit down and play.

"I truly believe in the power of people seeing the beauty and talent within others, and for a lot of musicians and pianists, it’s hard to have an outlet these days," McGeorge said.

"I just said, 'that was amazing I really want to be a part of that,'" Fulero added. "Ever since then I’ve come back and shown my support, it’s been one of my favorite projects."

The piano at Pioneer Courthouse Square on Wednesday is called the "Black Love," decorated by Donovan Edwards.

"It’s a community-making machine, this instrument. That’s what I like to say," said McGeorge.

New this summer are passports. In each piano’s bench, there is a unique stamp for you to mark your visits across the city.

"Megan’s thing with the Piano. Push. Play. project in particular is really strong and really supported here in Portland, so you see a lot more of them than you do in other places," Fulero said.

It’s more than music; it’s a message. One that Fulero is proud to get behind.

"There’s a lot of layers to it, and as a straight white guy, my voice is not necessarily the most important voice to be heard," he said. "There’s a meaning that you can’t get around and it’s important to say it, that Black lives matter."

If the topics of today seem like putting square pegs in round holes, sometimes putting a circle on the Square is a small key to connection.

"Hope is the message, and the more that you can focus on hope and supporting each other, and focus on things that you do and say that bring other people up is going to be the best thing for everybody and the best quickest way out of this confusion," Fulero said.