Dockless electric scooter companies will be allowed to start operating in Portland during a four-month trial later this summer, but their future in the city is still up in the air. 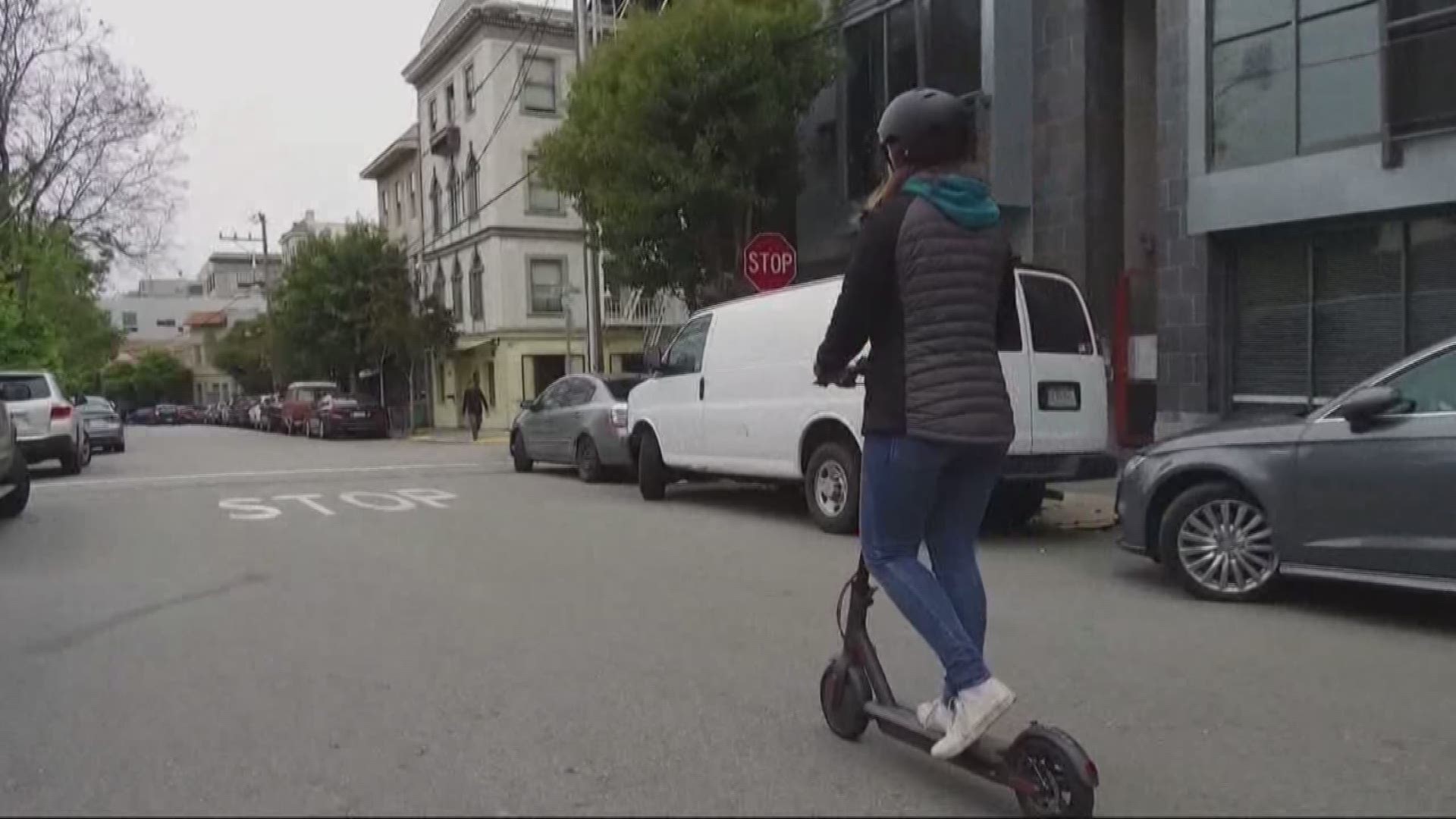 PORTLAND, Ore. (AP) — Dockless electric scooter companies will be allowed to start operating in Portland during a four-month trial later this summer, but their future in the city is still up in the air, transportation officials said.

Other large cities such as San Francisco, Washington, D.C., Seattle and Austin, Texas, have had issues with dockless e-scooter rental companies, The Oregonian/OregonLive reported. Customers can rent a scooter through their smartphone for a fee and drop it off anywhere in the city.

Portland has decided to approach the business model cautiously instead of welcoming the five companies that have expressed interest in conducting business in the city, said Dylan Rivera, a spokesman for the transportation department. They don't want to see dozens of scooters dumped on city sidewalks, he said.

Commissioner Dan Saltzman and other transportation commissioners sent a letter Tuesday to five companies setting out rules for the four-month trial.

The companies include Skip, Spin, LimeBike, Bird and Goat.

Companies will be required to "report on and mitigate" concerns such as pedestrian safety, access for people with disabilities, compliance with state laws and provided anonymized data about users' trip lengths and origin and destination.

LimeBike, a Silicon Valley-based venture capital-backed startup, is looking to bring electric assisted bikes and dockless bike programs to Portland in addition to e-scooters, but first it hopes to be "a good partner" with the city on the e-scooter issue, said Gabriel Scheer, LimeBike's director of strategic development.

LimeBike said the advantage of dockless systems is that they don't have geographic requirements and can bring transportation options to underserved parts of east Portland.

"Let's go to Cully. Let's go to Lents. Let's go to the areas that aren't being served by Biketown," Scheer said, referring to the city's own bike rental service.

The pilot program is not expected to begin this month, Rivera said.

Companies have been warned not to start the service without prior approval.

Failure to follow the rules "will result in confiscation" of scooters and fines, Saltzman wrote in the letter.