People pull together to help after historic flooding in Umatilla County

Amid the destruction, we're hearing about people who are pulling together in amazing ways to help each other. 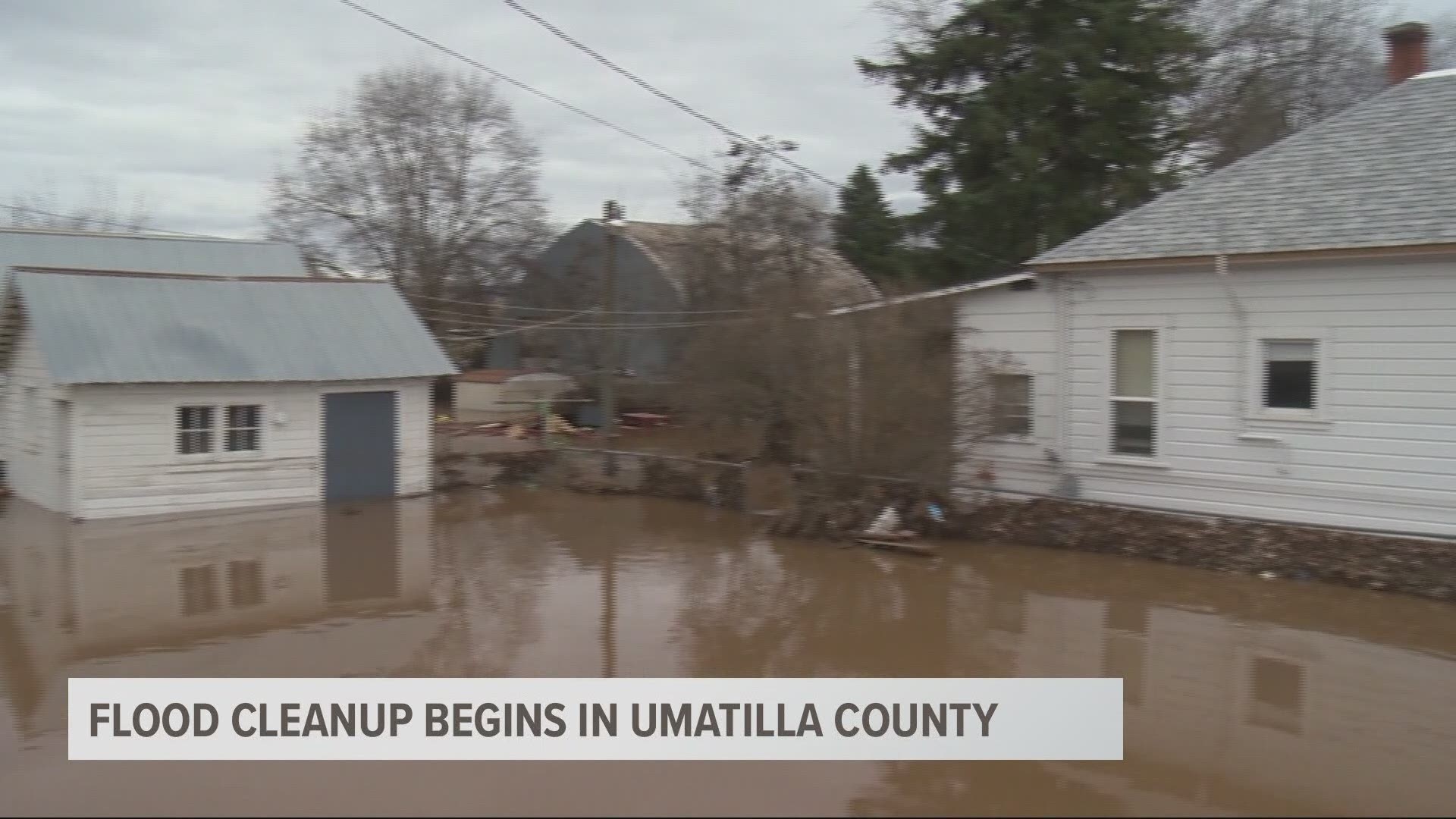 PENDLETON, Ore. — It’s hard to wrap our heads around the destruction left behind from all the flooding in eastern Oregon.

So many people are affected. On Sunday, homes were still water logged and mud was all over.

At the same time,  we're also hearing about people who are pulling together in such amazing ways to help each other.

Here's where to report flood damage to get state/federal assistance

Video posted to Facebook shows what people have had to deal with the last handful of days.

“It's very intense. I mean there's video of the roaring thunder of the water, seeing the road just crumble, trees gone,” described Colton McGee with Tollgate Offroad Club and Recovery.

It's a group of 20 or so people who jumped in with their big trucks and SUVs to help. The group’s Facebook page is filled with photos and videos showing their efforts. A fast snow melt pushed many rivers over their banks late last week.

“It's a catastrophe is what it is,” said Emmitt Quintal, who is also with Tollgate Offroad Club and Recovery.

“It's unreal. I've never seen anything like this in my lifetime,” he said.

Many in the group have worked long hours bringing donated food, water, and other supplies to stranded people in hard-to-get areas. They've checked on animals along with a number of other things worried people have asked them to do.

“Putting our gear, skills, and knowledge to good use,” said McGee.

While they may be tired, they’ve kept going.

“It's hard to keep my eyes open. I got about four hours of sleep last night personally,” Quintal said.

RELATED: 'I got three inches of water in my lower living room. It was three feet yesterday'

Others, like Karen Martin in Pendleton, are also tired.

She and so many others are spent after a couple days cleaning up and trying to put their lives back together.

“As the water starts to subside, then what we’re left with is literally inches of mud. We have mud everywhere,” Martin said.

Nearly every room in her home is damaged but she counts herself lucky. Some of her neighbors are now homeless.

“Whenever you look at that type of destruction, a little part of your heart really breaks,” she said.

We see it on TV, but it’s hard to imagine losing so much.

If there is a bright spot, it's that so many are willing to help.

“I think it's really amazing. You find out what your town is all about,” said Martin.

“At the end of the day we're here to show everyone that we can work together,” Quintal said.

Quintal said the people with Tollgate Offroad Club and Recovery are average, everyday people. They've got jobs and other responsibilities. Still, some are planning to take a day off work on Monday to continue to help.