Penny went missing during a backpacking trip with her owner. 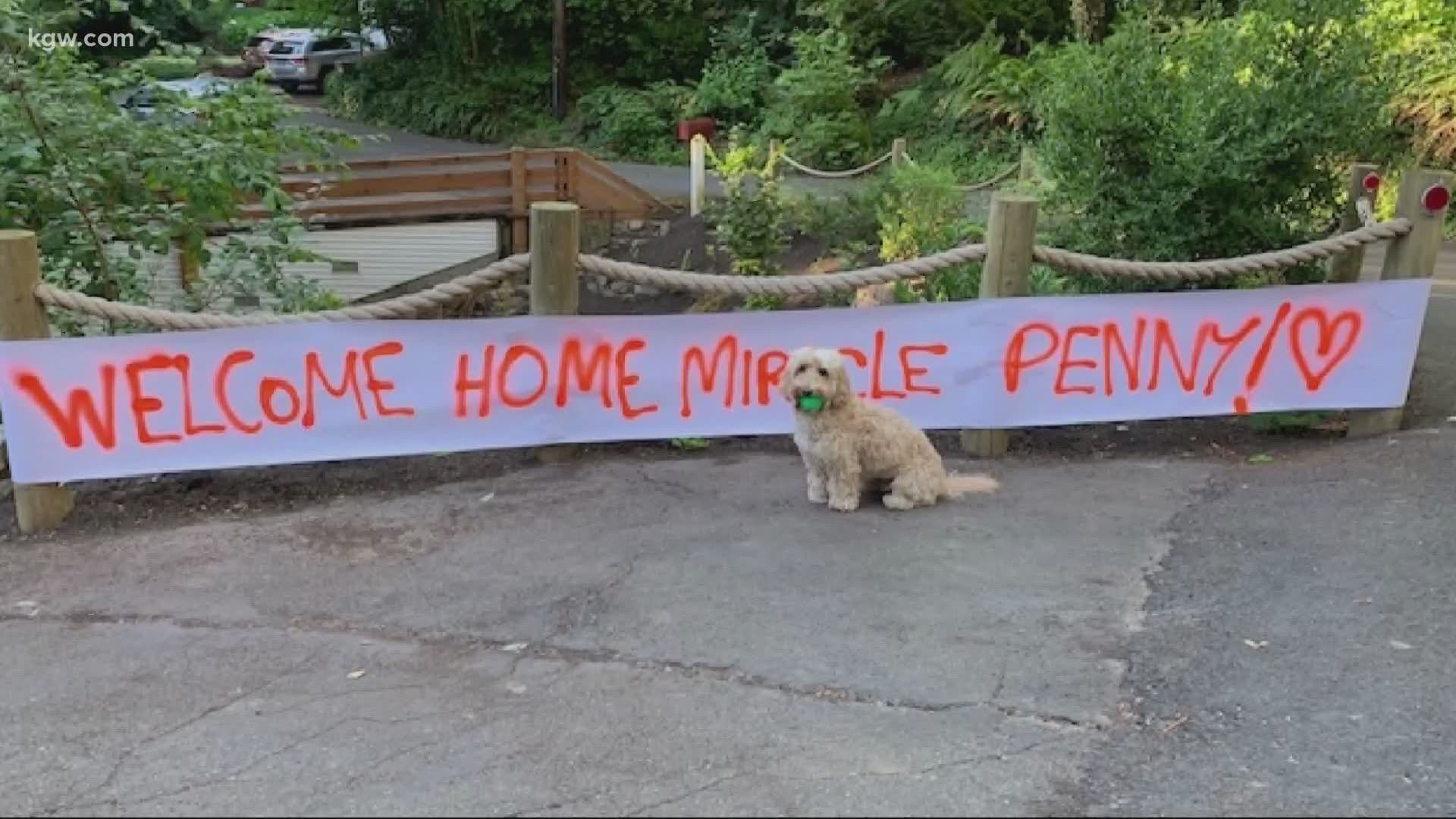 PORTLAND, Ore. — It was a homecoming fit for a queen, or in this case a three-year-old Australian labradoodle. Penny returned home after more than a week lost in the wilderness.

"Everyone with handmade signs and posters," said Kim Spiro. "Probably 25 homes made signs welcoming her home."

Back on July 31, Spiro set out on a birthday backpacking trip in the Mount Baker Wilderness, east of Bellingham, Wash. Spiro was with some friends and her dog, Penny. As soon as the group reached the campsite on the first evening, Spiro took Penny off the leash.

Spiro and her friends spent hours scouring the rugged terrain for any sign of Penny, but she was gone.

Credit: Kim Spiro
Penny disappeared moments after arriving at a campsite in the Mount Baker Wilderness.

"I actually have never experienced trauma or shock in my life but I was in complete shock," Spiro said. "I couldn't believe it."

Spiro eventually returned home to Portland, but the search for Penny was far from over. Spiro turned to a special search and rescue team, drone operators and a psychic in Kentucky.

"I don't know what to say except I kept holding out hope."

"I screamed and used a lot of expletives," she said. "I cried. I laughed hysterically."

Spiro says a woman who had gone to the Mount Baker Wilderness to hike and climb found Penny in the parking lot at a trailhead.

"There's bears, cougar and coyotes there," said Spiro. "Penny is a 20lb, blonde labradoodle. She's scrappy but I didn't know she could handle the backcountry."

Turns out Penny can handle the backcountry, but now she is back home where she belongs.

"Right now she's allowed to have five meals a day and as many treats as she wants," said Spiro. "She's one happy dog."