The neighborhood association also worries this high rise could be the first of many in this part of the Pearl. 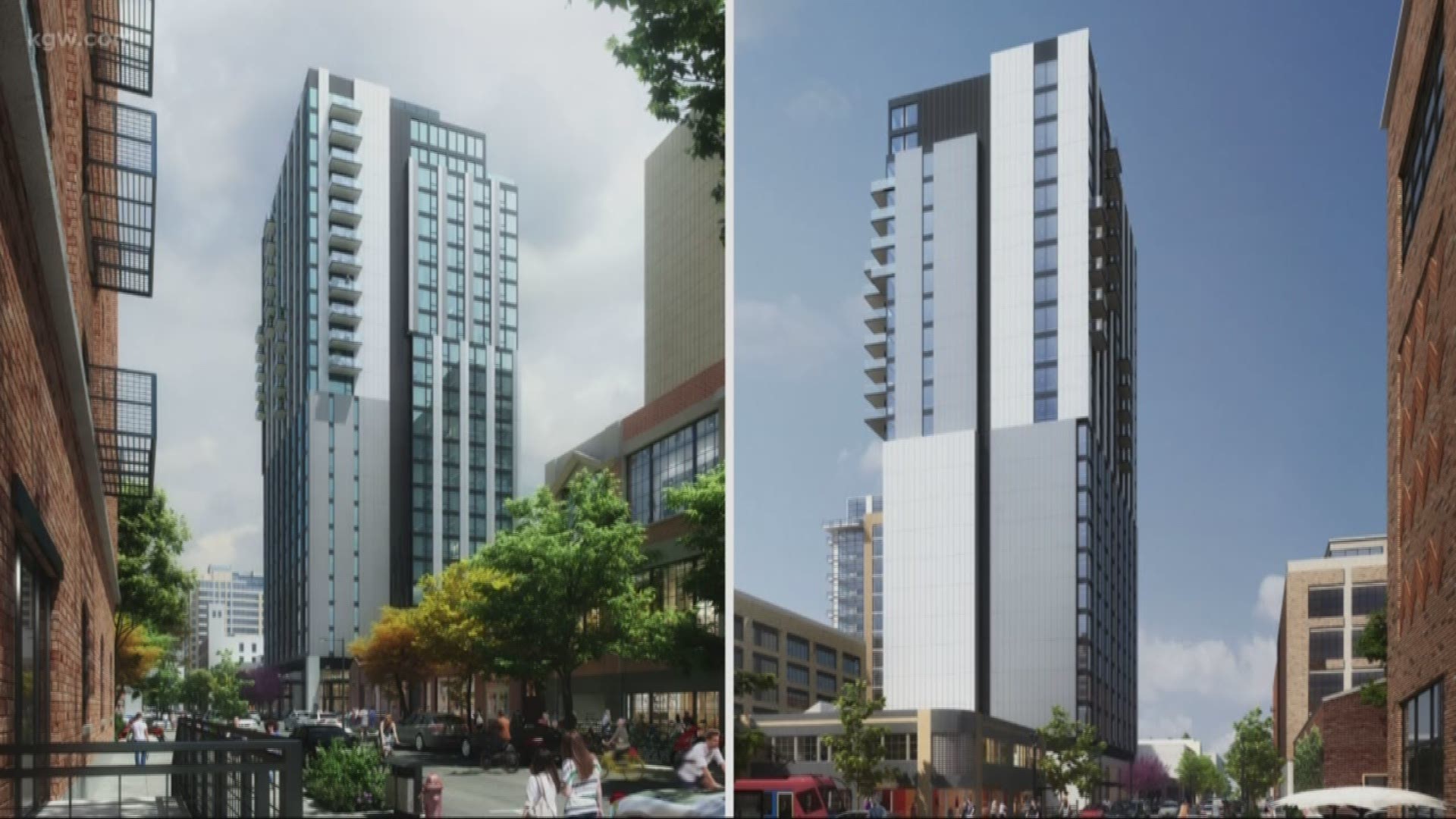 PORTLAND, Ore. — Plans are in the works to turn one of the few parking lots in the Pearl District into a high-rise building. Two neighborhood groups are pushing back against the idea.

The parking lot at Northwest 12th Avenue and Flanders Street would be turned into a 23-story mixed-use building with a Hyatt Hotel on the lower levels and apartments on the upper levels.

The city of Portland said it is unique because the building has a pretty small footprint for how tall it would be. There is currently nothing like it in that part of the Pearl District, which is just one reason the Pearl District Neighborhood Association has some concerns.

“It would be a very prominent building, it's the first building with the new code that allows this height in this particular part of the Pearl and so it's very important that it be done very well,” explained David Dysert the co-chair of the planning and transportation committee of the Pearl District Neighborhood Association

Dysert said they are not against the high rise completely, but they want a few of the design elements to be changed. For example, it is only a block from the historic district, so they want it to look more like the neighborhood it is in. They also want it to have more windows to reduce the amount of large blank walls on such a tall building.

Another neighborhood group is concerned about the impact the building will have on the views of the area.

Traffic and congestion are other concerns. The new hotel would be right next to a bikeway the city is planning to put in.

“It's a connection for pedestrians and bicycles to go from northwest all the way to the river and across the river, so it's a city-wide connector and it's something we've been working on for a long time,” Dysert explained.

The neighborhood association also worries this high rise could be the first of many in this part of the Pearl.

“We're not anti-development, we want mixed-use, we want density, we want alternative modes of transportation, we want affordable housing, but because this is a precedent-setting building it really needs to be done right,” Dysert said.

Then there is the issue of parking. The new building does not have any in the plans. That is another reason a different Pearl District neighborhood group is also against the development.

The city though, said the developer is not required to include parking.

This is not a done deal, though. The project is still in the design phase.

The city said it is open to feedback and already made changes based on input. If you want to weigh in, another public hearing on this is scheduled for September 19th.