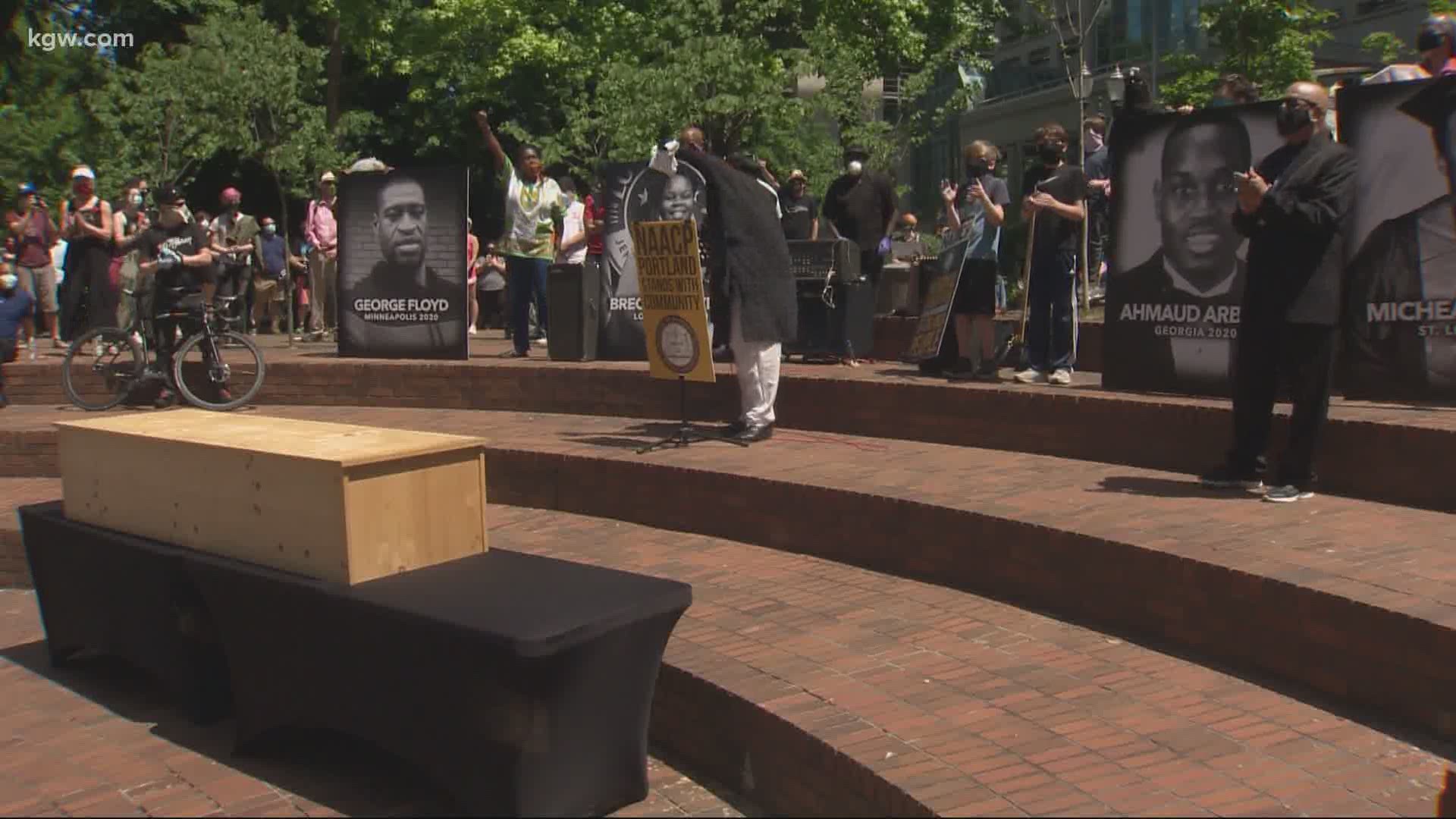 The peaceful gathering, organized by the NAACP was called "A Eulogy from Black America."

"To be black in America means to fight harder for what other communities take for granted," said NAACP President Rev. E.D. Mondaine.

"The outrage only lasts as long as the video is distributed. By next week people will be back to their lives and black lives will still be in danger," Hardesty said.

On Friday, authorities announced that former Minneapolis police officer Derek Chauvin has been arrested in connection with Floyd's death. Chauvin is charged with third-degree murder, but authorities are continuing to review evidence and there may be further charges later.

In a joint statement, Portland metro area law enforcement agencies condemned the actions of Chauvin and what happened to Floyd.

Portland Mayor Ted Wheeler said the country is in a "moral crisis" and needs to come together to put an end to systemic racism.

"We have to do better. We have to be willing to stand alongside our black community and not just call out racism when we see it, but meaningfully take a stand against it. We have to be willing to interrogate our own biases and the ways in which we have been complicit in the structuring of a society that makes black death routine. We all need to be on the front lines. As white people, as people of color, all of us together," Wheeler said.