Travelers returning to PDX this summer

July is expected to be Portland International Airport's busiest month, with peak days expected to see more than 50,000 travelers. 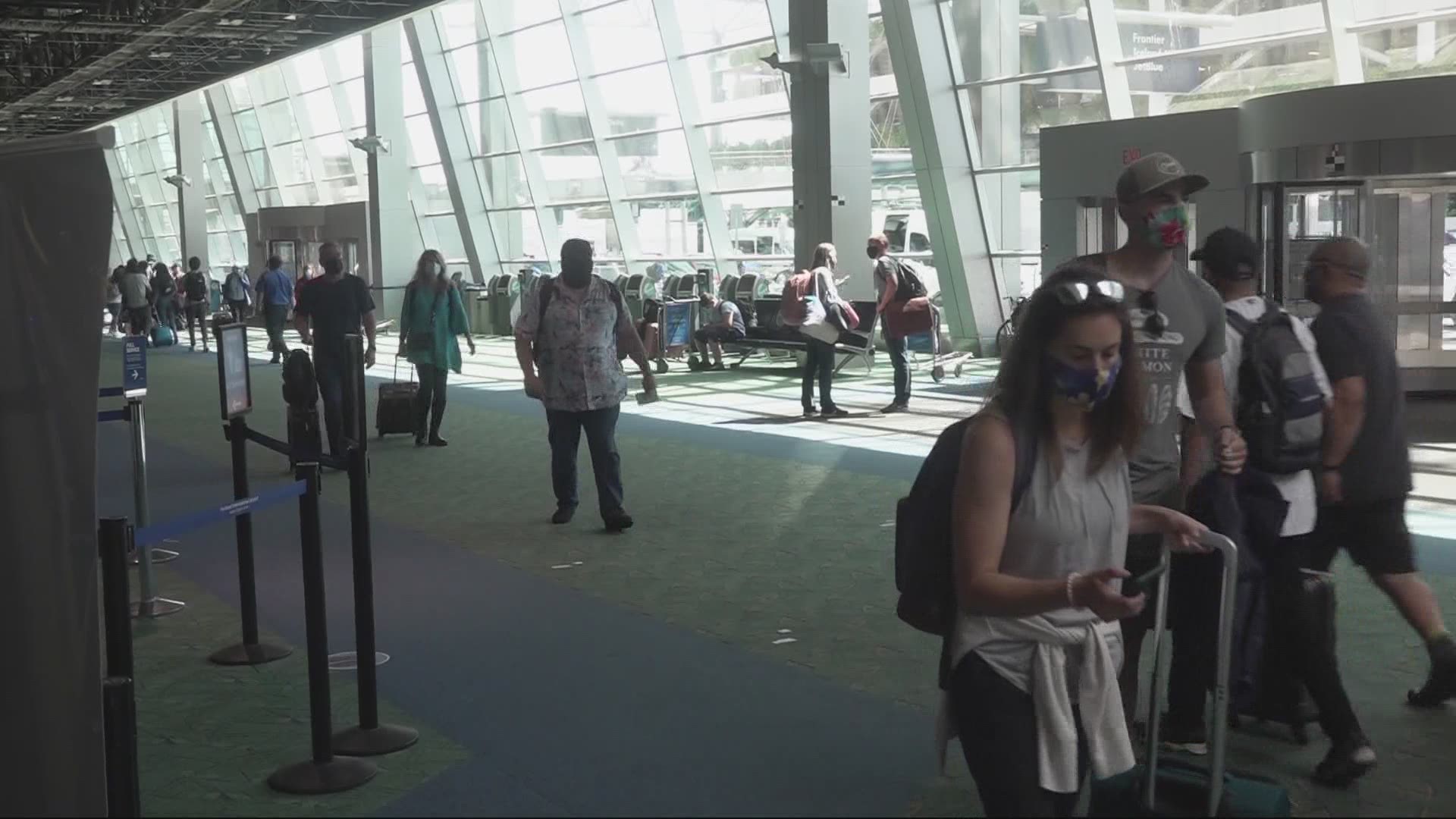 PORTLAND, Ore. — Portland International Airport is expecting about four times as many passengers this summer compared to last year.

Though travel volume is not back to pre-pandemic levels yet this is still the busiest time of the year for PDX, officials said.

Last summer 1.3 million people came through the airport. This year, officials expect around 4 million, with July being the peak month.

"Right now, it's heading back to normal. People are very comfortable and you can see, there's more confidence in the public," said a man named Masud, traveling to Bangladesh.

"I think travel is coming back, as you can see the airport is swamped," said Edward Feeley, another traveler. "I'm going to Vegas for my 50th birthday."

Kama Simonds, a spokesperson for PDX, says there are some changes people might want to know about before their flight this summer.

Construction is going on right now at the airport to build a new main terminal, which will be done in 2023.

For now, the concourse connector that connects the north and south sides of the airport is closed.

"If you're going to the B gates, you must use the checkpoint that corresponds with those gates," Simonds said. "If you don't do that, you're going to go through security twice."

The Oregon Market/Clocktower Plaza, the hall before security that has shops and restaurants, is also closed right now. You can find a list of what's open and closed at PDX here

Masks are still required at PDX and in all airports nationwide.