The $6.5 million project is expected to start next summer. 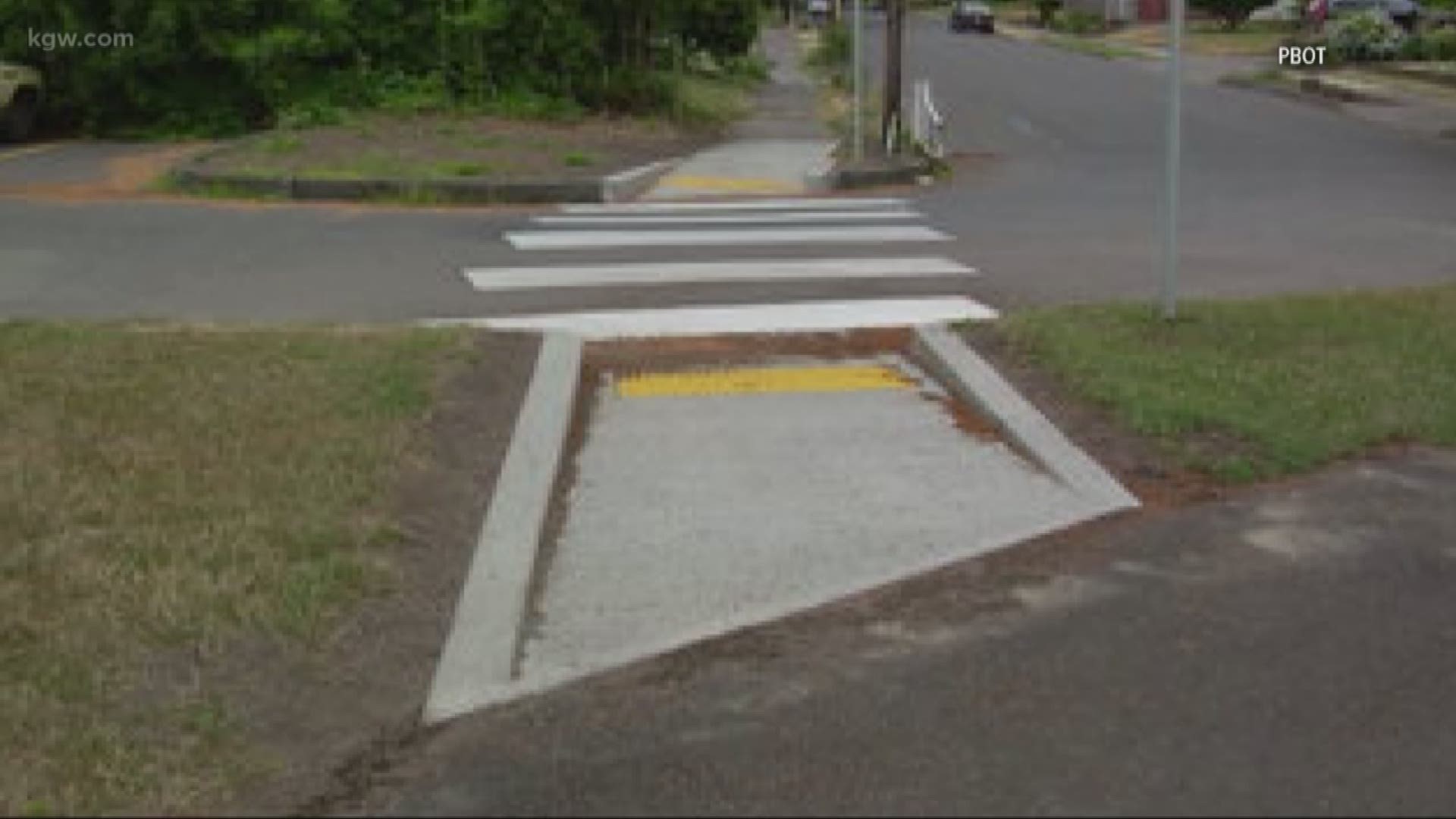 SALEM, Ore. -- When it comes to improving Portland, people who live on the eastside of the city say they feel left out.

But the Portland Bureau of Transportation hopes to change that.

On Southeast Market Street, past 92nd Avenue, sometimes the sidewalk is there and sometimes it's not.

“There's no sidewalk all across here,” said Maureen Miller as she motioned to a large area of grass.

She was out walking her dog, something she does every day.

“All along Market Street, you have a little bit of sidewalk in front of people’s homes but other than that, you're kind of going on and off,” said Miller.

She’s talking about stepping off the non-existent sidewalk and onto the road.

“If you have to step off it's dangerous and even here, people don't drive the speed limit,” she said.

That's why Miller was excited when she heard PBOT is gearing up for some fixes.

“I think it's awesome,” said Miller.

The goal is to make it easier for people to get to and from work or school. The project is called the East Portland Access to Employment & Education project. PBOT has about $6.5 million to work with in total. $5.5 million is from a Metro grant.

“I think that's great. We have a lot of kids around here that use their bicycles and we have a lot of walkers,” said Donna Burnett, who has lived on the eastside for about 10 years.

PBOT’s plans include completing missing chunks of sidewalk on SE Market Street from 92nd to 130th. The same thing will happen on SE Cherry Blossom from Washington to Market Street as well.

New lit pathways are planned, as are paved trails, and curb ramps to help people with disabilities.

People living in East Portland say it's about time improvements come their way.

“We were kind of forgotten being on the east side of 205,” said Burnett. “I think there's more money poured into the west side.”

People in other, busier areas, like off Powell Boulevard, hope their sidewalks get worked on too. In a number of areas, sidewalks appear and disappear.

“There’s a lot of kids that come to [Ed Benedict Community Park] and sometimes their parents walk them on the street and without a sidewalk, you know anything can happen,” said Michael Addy, who lives nearby.

Still, people on the eastside said the project is a start.

“The sooner the better...get it done,” laughed Miller.

Construction is expected to begin early next summer.

At this point, the project is in the early design phase and PBOT is looking for community input. The next meeting is June 5th. For more information, click here.