ODOT and PBOT awarded a combined $240,000 in grants for an economic and feasibility study. 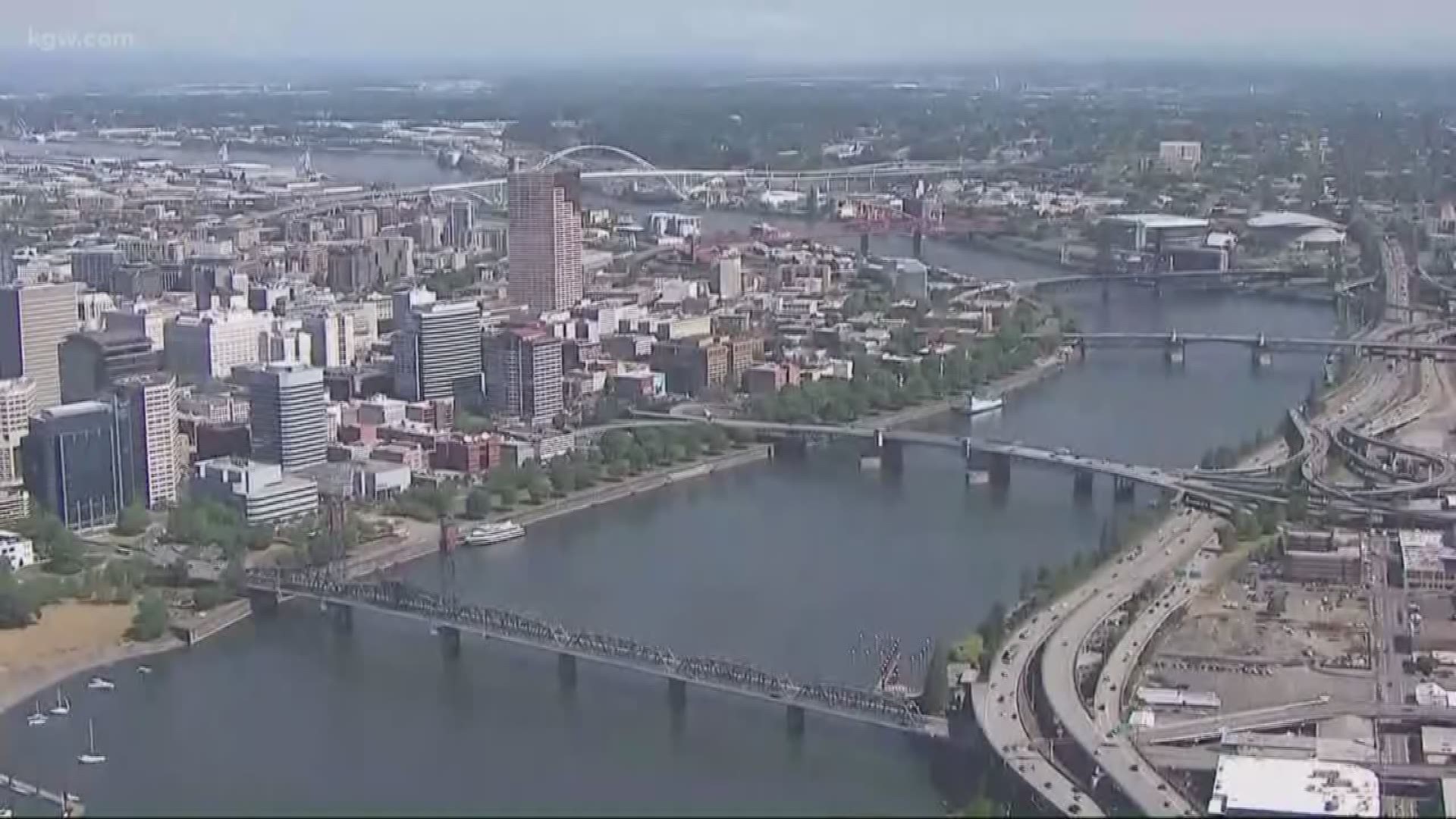 PORTLAND, Ore — Getting to work by bike, car or public transit is a part of our daily lives. Drive-times can take up to, and sometimes more than, an hour just to go a few miles.

What if there was another option to skirt the traffic and get to work on time?

Friends of Frog Ferry has been working on a plan to bring a passenger-only ferry to the Willamette River. The non-profit proposes 9 stops from Vancouver, traveling down the Columbia and connecting to the Willamette, to Oregon City. Stops would include St. John's, Swan Island, Convention Center, Salmon Springs, OMSI, OHSU, Milwaukie, Lake Oswego and Oregon City.

"We're looking at a low-profile vessel so that we can clear those bridges. It's estimated that the passenger count will range between 100 and 149 passengers," Susan Bladholm, the founder and president of Friends of Frog Ferry said during a news conference Tuesday morning.

Bladholm said the boat would be a hybrid using electric and renewable diesel. She said it would alleviate traffic congestion taking 6,000 people off the road daily during the week.

The time it takes to get from Vancouver to downtown Portland would be comparable to what a typical drive would take with some traffic.

"Congestion is growing every single day, we need multiple solutions to our traffic congestion problems," she said.

Next is the operational infrastructure report and to make that happen, the Oregon Department of Transportation has granted the non-profit $200,000 to complete the study matched by a $40,000 grant by the Portland Bureau of Transportation.

The cost of a daily ticket will run around $5.50 with monthly service costing $125.

Friends of Frog Ferry hopes to be operational by spring of 2023.