Portland police said this was the 24th traffic-related death of the year, an 85% increase compared to this time last year.

A woman died in a car crash near the Portland International Airport (PDX) on Thursday. Authorities have identified her as 43-year-old Jamie Pallviny-Brown.

Pallviny-Brown was the passenger in a Mustang convertible that crashed into a Freightliner tractor with a box trailer. The Mustang, according to authorities, was traveling quickly northeast on Cornfoot Road when it crashed into the side of the trailer in front of the rear wheels, as it was pulling out of the driveway. The Mustang went under the trailer and came out the other side.

The driver, a 56-year-old man was transported to a local hospital with serious injuries.

No charges have been filed in this case but the investigation is continuing, according to the Portland Police Bureau. 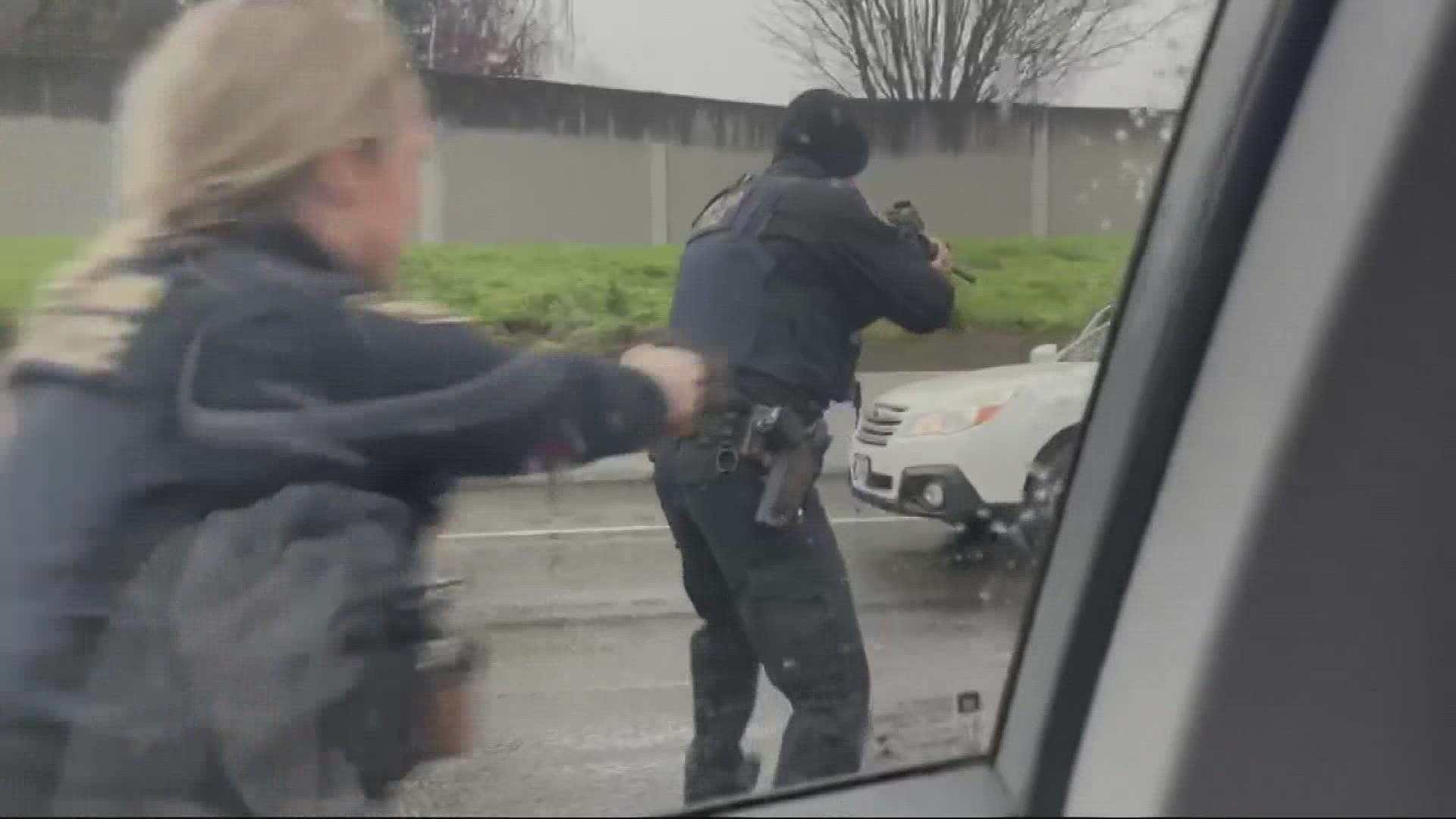 Witness describes I-5 police shooting caught on camera in Portland